"Successful flight": there was information about the negotiations of the flight director of Kabul airport with the crew of the C-17A aircraft of the US Air Force with 800 "Passengers" on board 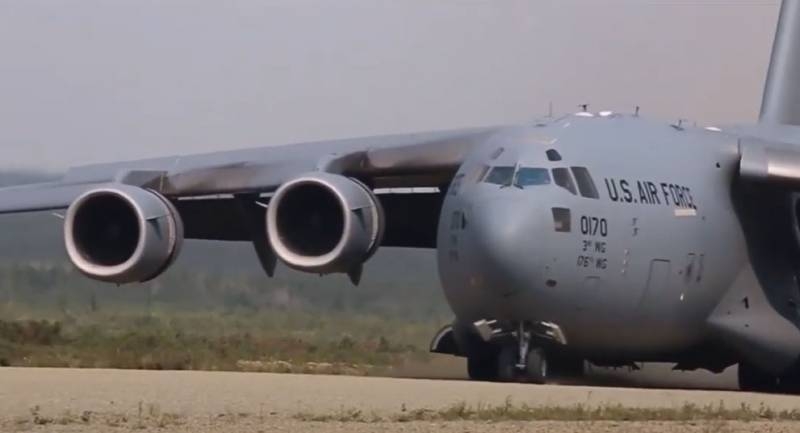 Evacuation from Afghanistan of representatives of a number of foreign diplomatic missions and those Afghans, who actively collaborated with NATO and the United States, took the final form of an ordinary flight. Kabul airport these days can be attributed to the most hectic air harbors in the world, since almost any plane is "attacked" by those wishing to leave Afghanistan.

Notable data published with reference to the representative of the US military command in Qatar. U.S. Army officer declares, that a few hours ago, a US Air Force C-17 Globemaster III military transport aircraft arrived at El Udeid airbase, which was literally overflowing.

In the reports of Western sources, referring to representatives of the American command at the base of El Udeid, states, that there were at least 800 human.

Flight Director at El Udeid, reportedly, did not believe the crew of the US Air Force C-17A, when he informed about the landing from 800 people on board. All these people were taken out of the Hamid Karzai International Airport in Kabul.

At the same time, the flight director at Kabul airport, explained, how many people are on board the plane, "Wished good luck", allowing takeoff.

From the negotiations between the dispatcher of the Kabul airport and the commander of the aircraft.

How much you, tell, person on board?
propulsion:

We will try, so that takeoff and flight are successful.
For reference: maximum payload C-17A – 78 tonnes. If we take the average weight of a person for 75 kg, then the weight is quite suitable. Another variant – accommodation 800 more than a person aboard a military transport. For such placement in Russian there is a well-known expression about herring and barrel.

Now the US command is figuring out, How did the information about the pilot's negotiations with the flight director appear on the network?.