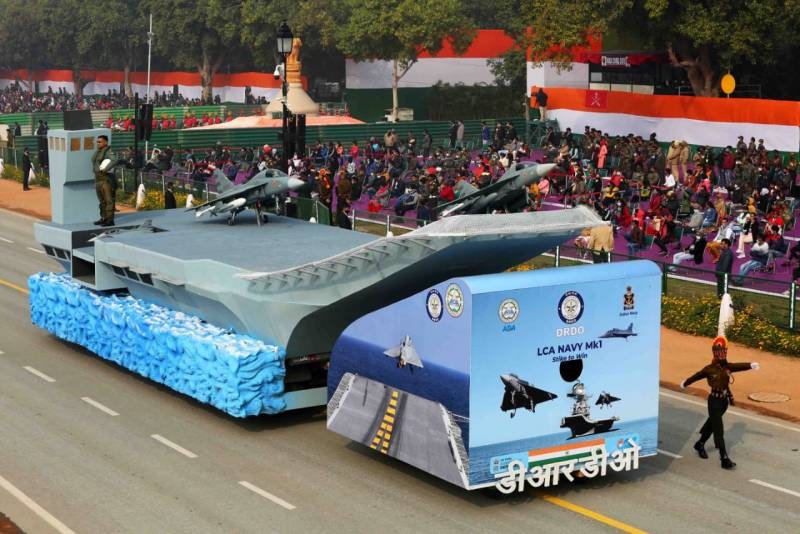 During the 21st Dr. Srivanasar Memorial Lecture, organized by the Aviation Society of India in conjunction with the Vikram Sarabhaya Space Center (VSSC), Head of the Defense Research and Development Organization (Drido) Satish Reddy named the desired characteristics of the promising Indian TEDBF carrier-based stealth fighter for the Navy.

celebrated, that the maximum takeoff weight of the fighter will be 26 tonnes. There is also a draft design of the deck base for the aircraft..

You can also notice, that the front of the aircraft fuselage has stealth characteristics. It means, that the fighter will have a very low radar cross-section in front.

TEDBF will become a deltoid wing aircraft. Thanks to its foldable design, the fighter can fit in the hangar and on the aircraft carrier's lift..

According to Satisha Reddy, twin-engine carrier-based fighter TEDBF, which they plan to replace the Russian MiG-29K in service with the Indian Navy, will make its first flight to 2026 year, and handed over to the fleet at about 2029-2030 year.

However, if you remember the history of another Indian development - the fourth generation fighter Tejas, then the terms named by the head of DRDO can be doubted, after all, the serial production of this aircraft is trying to establish more than 10 years.

by the way, at 2014 year in India announced the creation of a deck version of Tejas, which was supposed to enter service with the Indian Navy back in 2017 year, but this has not happened.