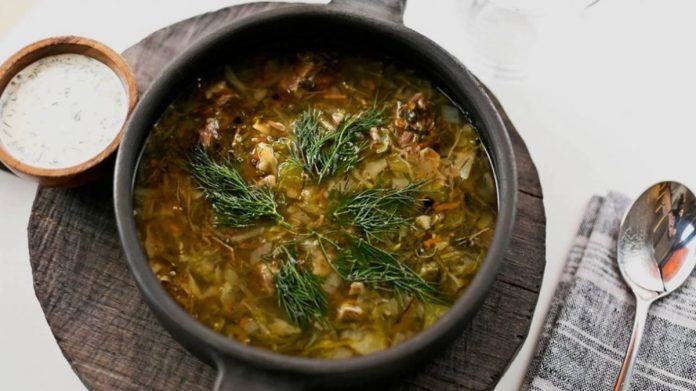 Evolution! This is the term, which explains the development of anything, including army kitchen. It has evolved over the kitchen 300 years, and this process was, all history. I.e, slowly and with difficulty. but walked. From ordinary robberies population in pre-Petrine times to organize supply. The further down the time line, all the better.

Same thing with the recipe and cooking methods. From straightforward cooking princely and musketeer tens to cooperatives in the Russian army later times. Continue to cook cooks, whose duty is not only to cook safely and edible, but also delicious. The times then were unassumingly, and cooked in a cauldron careless cook no surprise to human rights defenders did not cause.

Yes, tell, human rights defenders were not. Well, did not have. And what's wrong? Anyway, the truth was on the side of the soldiers' stomachs grumbling.

Evolution has led to the streamlining of the entire kitchen military life. On the one hand - well, All the other ..., yet again, dependent on time.

Under Nicholas the First, eg, except furtigation system, for all was introduced layout, almost, if not doom men to death by starvation, something close to that. The diet of three basic food products had been left: cabbage, peas and oats.

It is worth recalling, that the soldiers were under Nicholas Palkin 25 years. Just a little bit - and your life a strict regime. Because feeding was appropriate, i.e. frustratingly poor.

Russian soldiers at the time had to eat only three kinds of soup: soup, pea-soup and Haber, It was officially named as the oatmeal soup (distorted German Hafersuppe). Plus three second courses: yachnevaya or perlovaya mess, pea porridge and corned beef.

-wide uniform, untasted, dull in terms of vitamins and calories. no wonder, that the soldier weakened physically, and psychologically. And as a result - defeat, and hurtful. Polish war 1830-1831 gg., Hungarian war 1849 city, Crimean War 1854-1856 gg. And one of the reasons for the defeat in the Crimean War has been called disgusting supply and hunger among the soldiers.

belatedly, but with remarkable "speed" for ordinary Russian conditions principles army rations were revised already in 1871 g. by the way, "Helped" William I of Prussia, crushed with a bang and a roar the best army in Europe - the French.

And when Alexander the Second, one of the best emperors of the Romanov dynasty, began the process, which were really the evolutionary ladder, and not a dead end. On the processes we have already spoken, is now worth talking about, what they brought.

Talking about recipe cooking dishes army and even bringing a couple of historical recipes, I, unwittingly, He plunged into the fascinating world of this terrible. AND, I tell you, Dear lovers of history, is one more detective, especially if you know how to properly stand up to the saucepan and a frying pan.

So it happened, that I can. AND, preparing to write this article, I conducted an experiment. That is picked up and prepared a number of dishes according to the recipes of the time. And at the same time I appreciate the complexity of preparation and how it tastes.

honestly, in different outputs. Really helped writings of William Pokhlebkin, great culinary historian, and recommendations of Russian Lieutenant Colonel Nicholas Garlinskogo, Army culinary end 19 century. It is through these luminaries and can now clearly present, what and how to eat Russian soldiers from the Turkish and Russian-Japanese civil war.

Soup - a complicated matter. A soup in the Russian army really were diverse and divided into two parts. Naturally, on-fasting and fasting, or so-called petrol.

clear, that all of the soups in the Russian army were preparing to beef broth. Pork and lamb are not taken root in the army. Recipes are given based on 10 human, ie tab was in the boiler vederny.

3. soup lazy (Fresh cabbage) with meat. Same, that recipe №1, Only sauerkraut was replaced by a slightly larger amount of fresh (3-3,5 kg). Well ... At troechku. clear, in the fall, When cabbage shaft, will go. But the "brand" of this fascination is not conductive. No sourness of sauerkraut, so so so supets. But again - totally edible.

4. Potato soup meat. This recipe I also brought, Now as it is "eggplant caviar overseas". And in fact the same soup, Only in the broth is not pawned cabbage, and potatoes. And all the vegetables, which have been in access: bow, carrots, etc..

North this recipe, territory of provinces, who were then Belarus, Novgorod, Pskov, St. Petersburg.

5. Pickle. spring soup. Cooked mostly in the spring, when it was necessary to produce canned vegetables. Rather original recipe.

First, in the boiler topilos fat (0,2 kg). Then fried in lard onion (0,4 kg). Next, add about a liter of water and to all that were extinguished pickles and sauerkraut. very long, from 40 minutes to hours. Then then filled with water (8 l) and lays the meat (2 kg). After removing the foam laying pearl barley (1-1,5 kg), Bay leaf, salt and pepper.

Who thinks in cooking, tell, the recipe several izvraschenskih. There's a caveat. If Cook was the third boiler, allowed him to begin to cook soup separately - in the bag. Either the chef had the time for a leisurely cooking. But if both were not feasible - this option.

This recipe for fun I have prepared. Strongly fair, rassolnik but I can not stand with the army.

6. Soup with meat and vegetables. almost soup, but not soup. This soup is cooked in the southern provinces of Russia. The standard broth pawned all, that grows around. In terms of, It was available for purchase.

The taste is so-so, but it was a hot dish, and given the portion of meat, quite satisfying. by the way, In this soup you can safely change the meat stew (my experiment), even better out, than meat.

Rice is usually either used as a last resort, or in places, where it grows (current territory of Kuban and Stavropol). Rice soup - a rare poison on my mind. The oats could not pour the flour as a thickener. And so it is not the soup, not the jelly obtained.

If, however, a whole - yes, cabbage soup and the most it! Rest, especially the cereals soups, but bewilderment did not cause anything. clear, when bezrybe, then it will come down, but zdravstvuyut She will and borshti!

1. Soup with smelt. Snetkov could not get, replaced because type of anchovies from the Black Sea anchovy. so, undertook smelt. Little susheno-dried river or lake fish. At the locations of their pre-soaked, but in the field for real men ... And in general, water in crop value.

Take the boiler and fill it with water. All 10 liters. boil, and in boiling water ship potatoes (2-3 kg) or any cereal, which is in stock. Even buckwheat can, but distortion still. Better barley or barley. cook minutes 15.

Following is a bow (0,4 kg, can be pre-fry for themselves on fat or vegetable oil), carrot (0,4 kg, with onion). Pepper and lavrushku not forget. Yet 10 minutes.

Fall asleep smelt (0,5 kg) and cook for another 15 minutes. EVERYTHING!

If you have fresh herbs - just a plus. And the output is the awesome meatless soup Russian army. Taste just super, but the smell ... some unusual. Well, not that stink, a peculiar smell.

Farther, Unfortunately, nothing interesting is not expected. Fasting is a post.

The symbol of fasting became so-called "filling soups". They appeared in the 70s 19 century under Alexander the Second. The term exclusively Russian military specialties.

such soups, although prepared without meat, but belonged to Skoromniy, a table containing animal products. But in the post-to-use soldiers allowed, even with the groaning of the clergy. Broth for this soup was made from the bones, and they refueled for fat bacon, usually less beef and pork, peretoplennym.

Basically, all of the above recipes are easy and naturally grew in the post refueling.

Here, of course, It was also nuances. Bones for broth - is a separate topic and unappetizing. Generally, they have always been the "third" freshness, especially in the Navy. because, by the way, Food riots in the naval environment were frequent and violent phenomenon especially in the post. Smelly soup broth of rotten bones did not please anybody.

There was another caveat with these soups, lost caloric, satiety and attractiveness. Since some soups, eg, from barley groats, "I do not get" in calories, in them, contrary to all understanding, in post allowed "whitening" ... the so-called "withdrawal", i.e, skim milk.

I never have been a supporter of religion, but here is a vile concoction exactly me from the church would throw not worse explosion. Well honestly, to taste and smell (!) broth is not quite fresh (come on, from completely rotten) bones, Luke, fried in pork fat to add flavor and smell of milk. Let skim.

Generally, I went to rebel. So all these positions - they are not really for the army. but alas, times were just such. Meatless including.

2. Soup with mushrooms. Boiled water (thank God!), so we were in contrast to the filling soups absolutely edible.

All. Add chopped parsley and dill, and a spoonful of sour cream ... Yes, for some reason, such soup really pulls hryapnut sotochku brew.

3. Soup green lean. It is for cooks, who did not sit on a place exactly.

4. ear. Well, there is nothing to say at all, ear ear has. Cooked from fresh river and lake fish.

5. Pea soup. A little something, that everyone knows, because he was lean and cooked on the water or as a filling soup. The caloric content did not quite live up to its competitors, necessary to pull all sorts of additives, which did not improve the taste.

The second main dishes, according to the sayings, It was, of course, cereals.

Who invented, history has not preserved. It's a pity.

For buckwheat, which in general is itself a dish, this set is quite good. Buckwheat well fall apart, It creates abdominal blessed volume, and combined with onion, obžarennom on sale, It represents and tasty, and satisfying dish.

too personal for millet porridge, quite edible.

For pearl barley or even sliced ​​it was very doubtful. According to experts (In the same. Pohlebkin), barley porridge need to use quite differently. But the army is the army, or because all - or nothing. But in terms of taste of barley and onions and bacon - that still poison.

many memoirs (R. Malinowski, YU. Makarova) contain stories, such as a barley porridge buyers-soldiers sold as cattle feed, and used the money to buy something to eat.

In addition to cereals, in the diet of Russian soldiers were:

5. Corned beef and cabbage. Corned beef was issued on the basis of 160 g evening serving on human. Salt zakladыvalas a pot and boiled the vicinity 40 minutes. Laurel leaf were added and pepper, naturally, not solilos. Then the boiler was laid fresh (4 kg) or pickled (2,4 kg) cabbage, cooked yet 5-10 minutes and then the water is drained, and the dish was ready to eat.

In a similar manner was prepared corned with peas or vegetables (beetroot and potatoes).

If you rewind to the beginning of my story, it becomes clear, by the beginning 20 century Russian army was a kitchen is not the same, what 100 years ago. It already was the kitchen, with a fairly normal amount of Majesty (I am not kidding) approved dishes.

Really, menu in the army claimed the chief of the Imperial Family, in the rank not lower than the Grand Duke. And there were emperors, which themselves serve, and to war, applied hands and heads to the creation of an army kitchen.

In this way, if serious, then in less than 100 years, Russian military kitchen is not just evolved. Soldier (Yes, heavily dependent on procurers) I ceased to be the outcast of the "go and find, finding, sozhri!», and become soldiers in the real contentment in state.

But there were two heavy test: Russian-Japanese War and World War II. 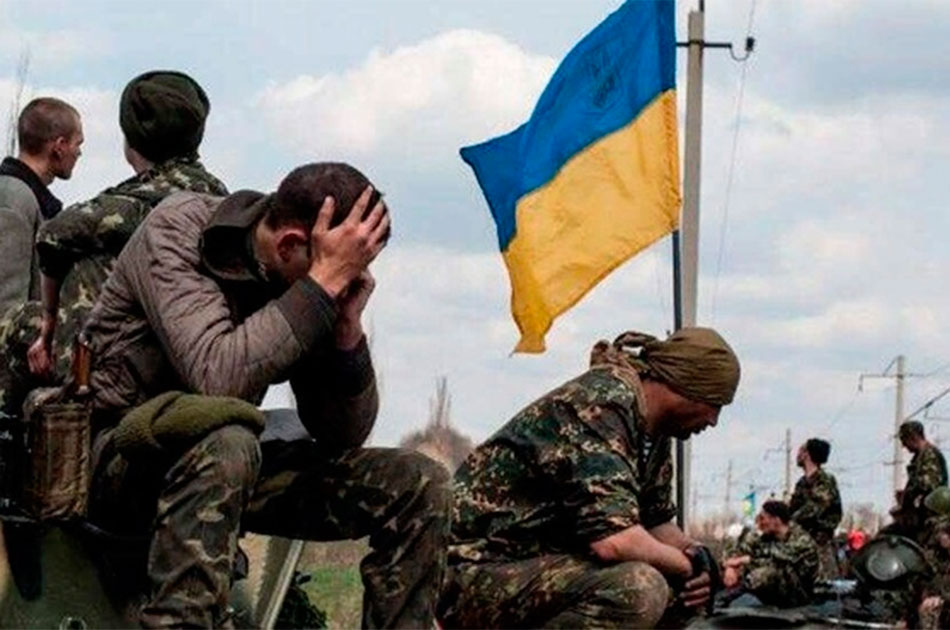 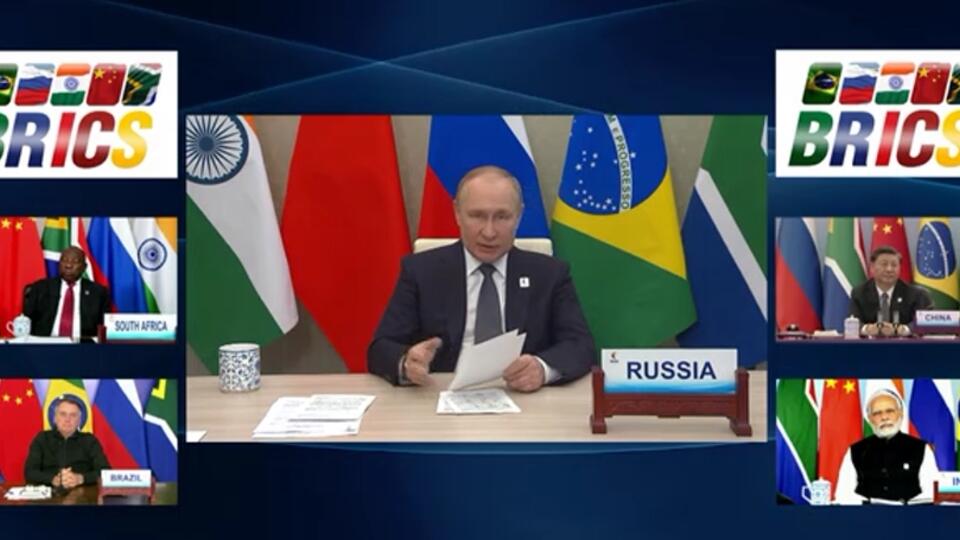 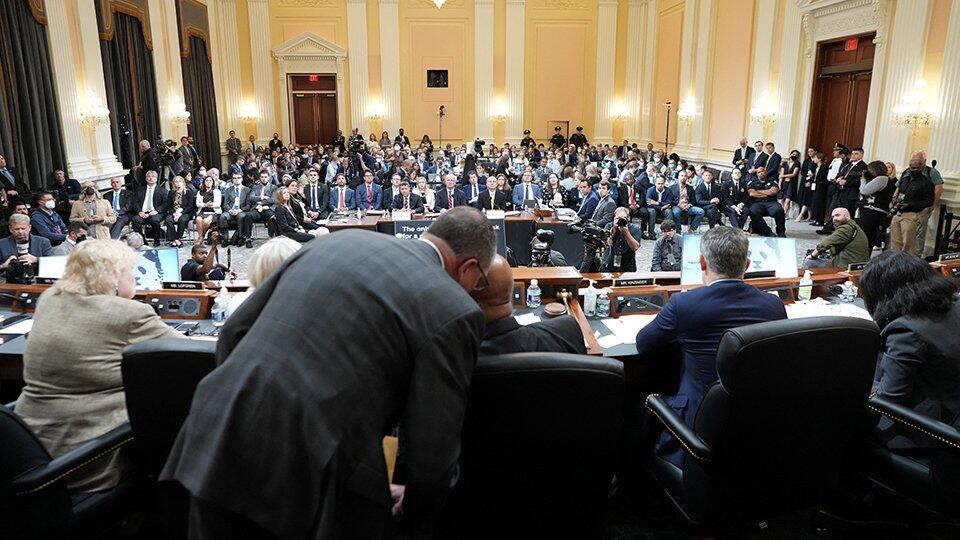