The impotence of the APU warning system: Ukrainian command on the use of hypersonic missiles "Dagger" by the RF Armed Forces 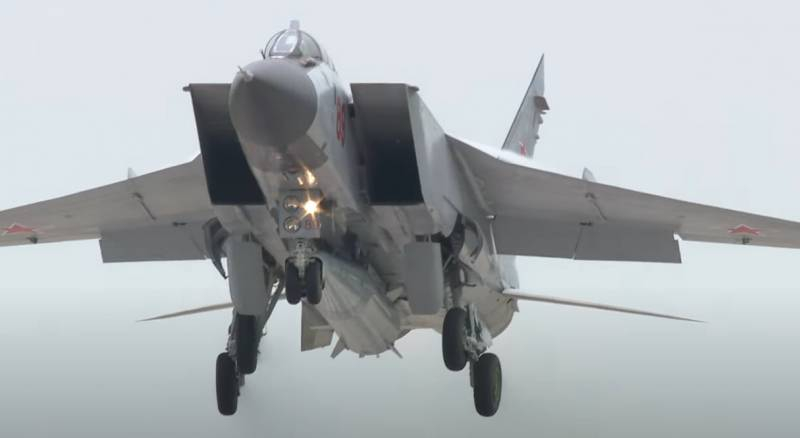 Ukrainian command complains about "gifts", received 7 August by the Russian troops against the backdrop of the celebration of the Independent Day of the Air Force.

"Congratulated" us on our professional holiday- explained in the Air Force of the Armed Forces of Ukraine.

As stated on the Internet account of the department, 7 August Russian troops carried out several strikes on military targets, located on the territory of Vinnitsa region, there are losses among the personnel of the Armed Forces of Ukraine. At the same time, the missile attack warning system did not work.. As explained, its failure was caused by the use of special weapons by the RF Armed Forces - Kh-47M Kinzhal hypersonic missiles, developing, as indicated, flight speed in 12 thousand. kmh. MiG-31 interceptors and Tu-22M3 and Tu-160 bombers are called missile carriers..

The performance characteristics of this missile do not allow air defense, available in the Armed Forces, effectively detect and suppress the threat, the system is powerless- notes the Ukrainian command, pointing, that since the beginning of the special operation carried out by the Russian troops in Ukraine, only a few cases of the use of "Daggers" have been recorded – "the enemy seeks to use them to defeat extremely important targets".

Yesterday, a massive air raid was carried out on military facilities of the Armed Forces of Ukraine - the alarm sounded in most areas, controlled by the Kyiv regime. At the same time, the warning system of the independent (as well as the air defense of the Western "allies" constantly helping her) only fixed the blows that had already taken place, being unable to identify threats in a timely manner, outgoing from the RF Armed Forces.