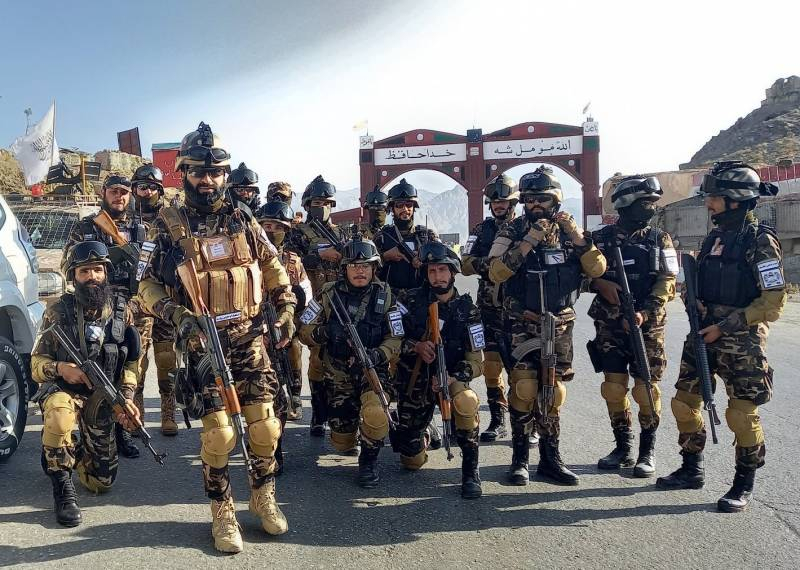 In Afghanistan, the Taliban (*terrorist organization, banned in Russia) continues to form the armed forces. Recall, that Taliban militants * took power in the country into their own hands amid the withdrawal of the American contingent. In September, Taliban leaders * said, that the main backbone of the new Afghan army has been formed (the formation of non-assault battalions continues), moreover, it was based on representatives of special forces and assault groups "Badr ("Badri") 313». This Taliban Special Forces was armed with captured American weapons, including M16 assault rifles and M4 carbines.

Special detachments "Badr 313" operated in the most difficult sectors of the front for the Taliban (if the word "front" for Afghanistan is at least somewhat relevant to use). for example, they participated in the capture of the Salang pass during the assault operation in the Panjshir gorge.

Attention today is drawn to the fact, that more and more representatives of the new Afghan special forces "Badr 313" in the photo and video footage are posing not with American small arms, and with Kalashnikov assault rifles of various modifications. This is the "classic" AKM, and AKMS options.

Afghan sources indicate that, that in the assault detachments "Badr 313" they give preference to small arms of the Soviet development. From American weapons in favor of Kalashnikov assault rifles there is a gradual abandonment.

There is no need to explain the reason for a long time - it (Soviet weapon) more reliable. By taking into account the fact, that for the assault detachments of the new Afghan special forces, jewelry precision of small arms is definitely not required, but what is required, so that it does not lose its "condition" even in the most difficult conditions of use and does not impose special requirements for maintenance, the choice again falls on the "good old" "Kalash".