The same states, only in profile 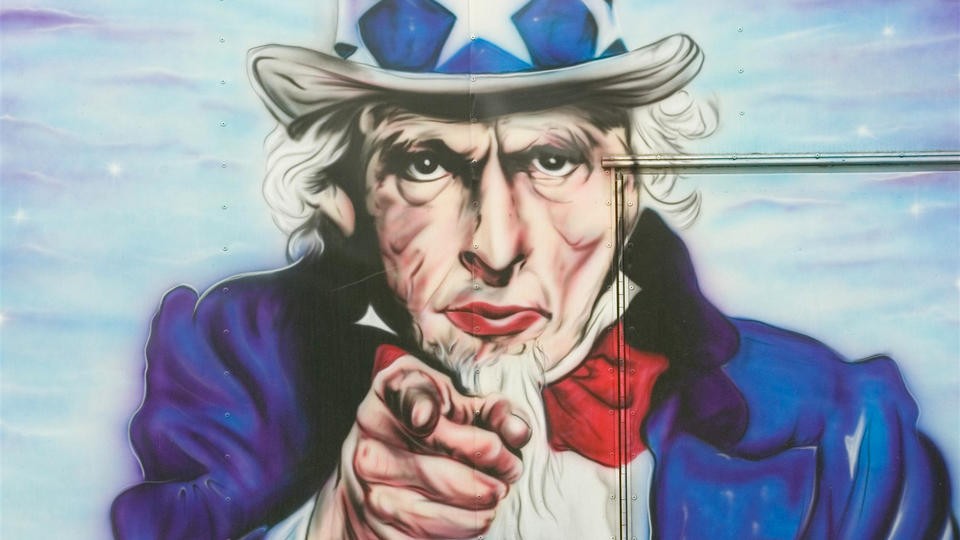 US Special Envoy for Haiti Daniel Foote resigns in the midst of another migration crisis in the country. He stated, that he does not want to be associated with inhuman treatment of people.

Refugees from Haiti, fleeing the aftermath of the earthquake and political instability in the southern states, deported by the hundreds. Thousands more, locked up in an authentic ghetto in Texas, anxiously awaiting, what decision Uncle Sam will make regarding their fate.

obviously, that America has de facto abandoned the concept of the "Melting Crucible", and from "Salatnitsa". Migrants are no longer welcome here. 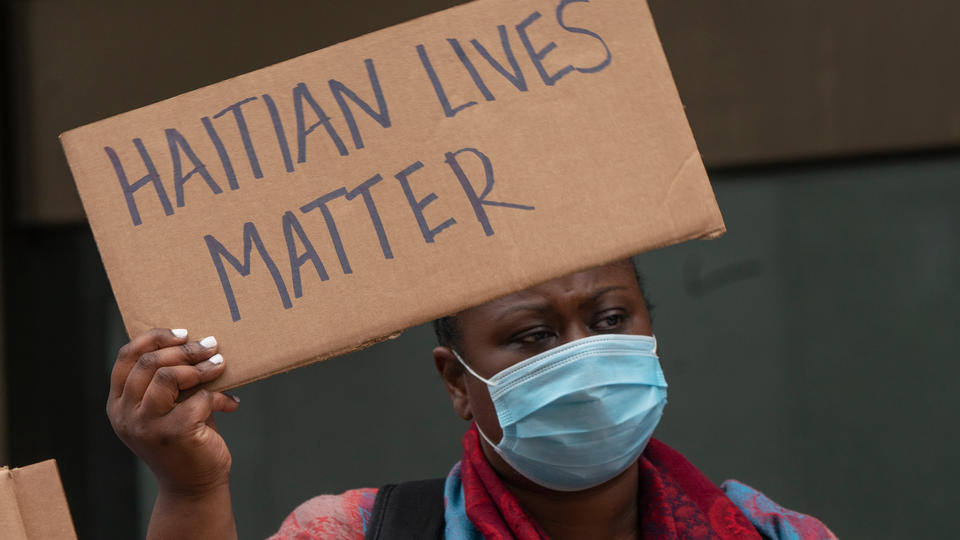 More recently, it was very convenient to hide a new inhospitable face behind the figure of Donald Trump.. allegedly, he is a nationalist villain, who arranges a witch hunt among visiting scholars from China and dreams of the notorious Wall on the border with Mexico. it, you see, runs counter to the spirit of freedom and violates basic human rights, which compassionate democrats care so much about.

But grandfather Biden began to settle in the oval office., and it turned out, that he forgets not only the names of the interlocutors, but also basic neoliberal principles, on the wave of which he came to power. It revealed, that caring for refugees is nothing, like cheap populism, which is actually expressed in the fact, what cowboys, horseback riding, stop driving illegal immigrants, like cattle. True respect for the individual. 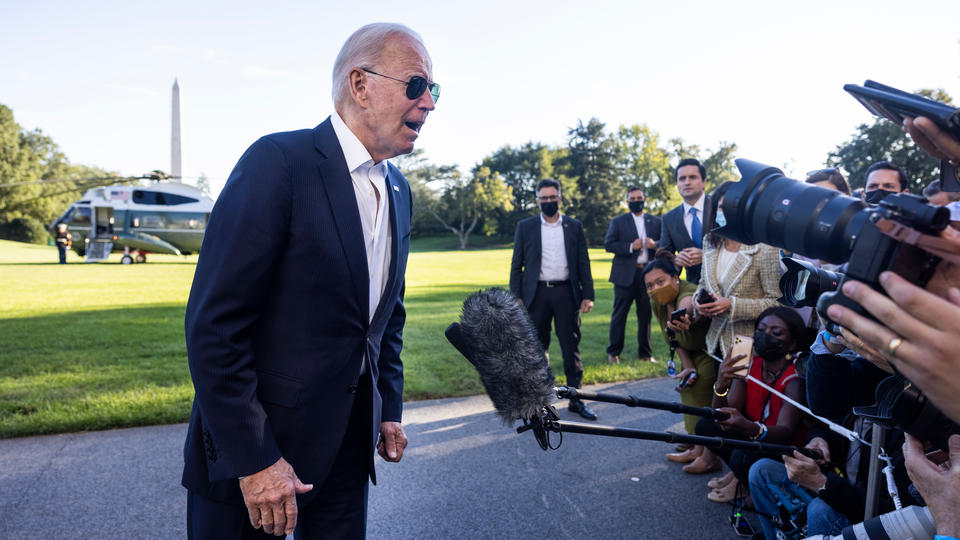 Under the screen of beautiful phrases about freedom and the right to choose, they generate and bring to life solutions, that, rather, correspond to ultra-conservative, or even just authoritarian regimes. In the same Texas, a law was recently passed banning abortion even for victims of rape and incest.. Remember, how the American public was seething after the adoption of the exact same law in Louisiana a few years ago. This was called "another manifestation of obscurantism", which allegedly swept America under Trump. But on the day, when the abortion news came from Texas, CNN and The New York Times chose primarily to discuss events in Ukraine.

What about the mandatory coronavirus vaccination?, declared sleepy Joe? Isn't that a reason for the champions of freedom to protest? Indeed, among other rights, the sacred right for Americans to refuse medical procedures for religious reasons is also violated.. 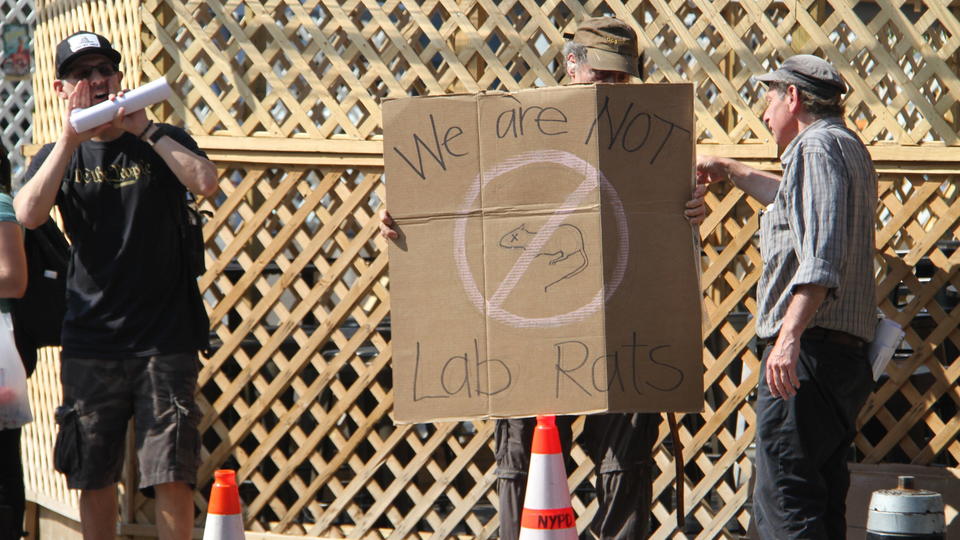 The current situation demonstrates the heterogeneity and segmentation of America. State literally means state, and often a state can behave like an independent country. Texas authorities, eg, often do not care about the political agenda, relevant for those sitting in Washington. But first of all, the conservative drift of the United States under the declared liberal Biden illustrates a simple thesis: the general line of the state does not depend on the personality of the president and on his party affiliation. In fact, Democrats and Republicans differ only in the media show, which they arrange around themselves.

Democrats promote their values ​​through authoritarian mechanisms, such as "new ethics" and "abolition culture". "Militarists" Republicans can advocate for weakening of the sanctions regime (eg, nuclear deal with Iran). The hottest crisis of the Cold War erupts under Dove Democrat Kennedy. And no matter how aggressively the Republican hawks speak about Russia, it was the "good-natured" Democrat Obama who finally spoiled relations between the countries.

But there are fundamental principles of the American state, from which no Democrats back down, neither republicans. It is serving the interests of large corporations. look, how Biden worries about the fate of pharmaceutical giants Phizer and Johnson & Johnson, despite the news that, that their products cause cancer or contain drugs, addictive. AND, of course, main beneficiaries (and often - and customers) countless US interventions - arms manufacturers, like Lockheed Martin. Americans are at war, regardless of, which administration is at the helm.

Literally in the last 30 years Democrats Clinton and Obama invaded Yugoslavia and Syria, and the respected Republican Bush dynasty defeated Iraq and Afghanistan. Democrats and Republicans converge on war crimes cover-ups. Daniel Gale, who disclosed data on drone program in Afghanistan 4 years in prison. Not to mention Manning, Snowden and Assange. Wonderful world, where no crime is punished, and for its disclosure.