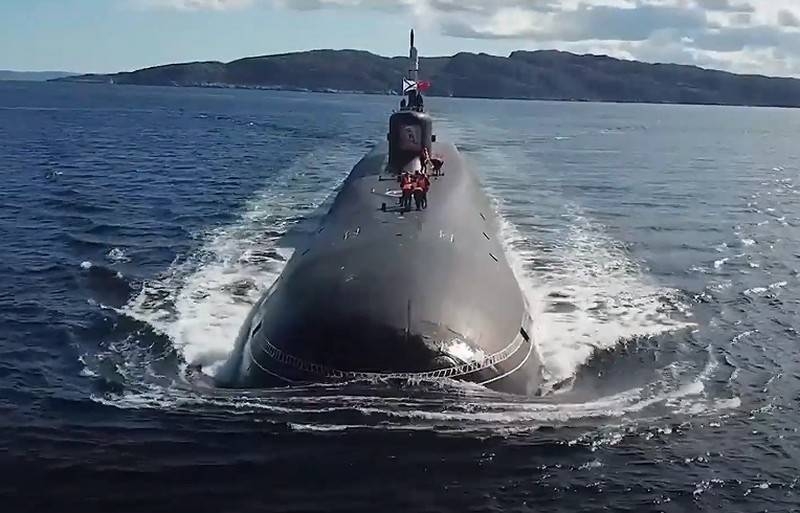 Russian submarine fleet regains its position, lost after the collapse of the Soviet Union, and, currently poses a real threat to the United States and its NATO allies. Writes about this the American edition of The Diplomat.

The publication notes, that modern Russia was able to overcome the trend of the early 90s of the last century to reduce the number of submarines. An increase in the defense budget led to this., economic growth and new developments of Russian scientists. The publication also paid attention to the high prices for Russian oil and the personality of Vladimir Putin..

After a sharp decline in the 1990s, defense spending increased from 2000 of the year, after Vladimir Putin came to power and a sharp rise in oil prices
– writes The Diplomat.

The author of the article emphasizes, that Russia has significantly reduced the construction time of modern nuclear submarines, introducing new innovative methods and building more advanced and powerful submarines, than it was in the 90s and 2000s.

Among Russian nuclear submarines, who pose a real threat to the US Navy and NATO allies, edition marks the submarines of the project 885 (Ash and Ash-M), armed with cruise missiles “Caliber”, 955 (Borey and Borey-A) with ICBM “Mace”, as well as secret carriers of nuclear torpedoes “Poseidon” Premier League “Khabarovsk” and “Belgorod”.

celebrated, that in a number of areas the Russian fleet is ahead of western rivals, but despite this, Russia lacks opportunities to build up its forces and project its power on a global scale.