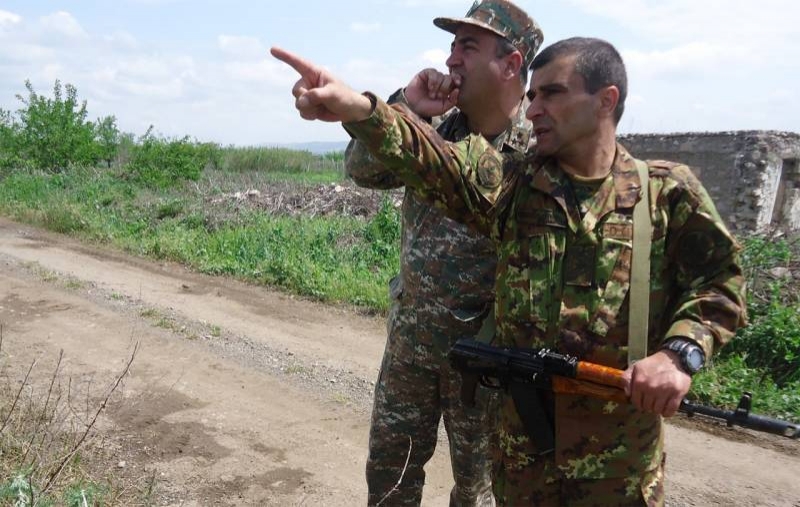 Press service of the Defense Ministry of the unrecognized Nagorno-Karabakh Republic publishes a statement, which comments on data from social networks about an alleged attempt to break through the Azerbaijani army in one of the directions. It should be noted, that earlier in social networks there were statements that, that about 200 NKR army servicemen were blocked in the Gushchullar region in the direction of the Uryan plateau.

Recall, that earlier in the Telegram channels of Azerbaijani users there were materials about the alleged blocking 12 Armenian military personnel, the operation against which "are conducted by Russian peacekeepers".

The press service of the NKR army called the messages about the blocked two hundred servicemen and the attack of Azerbaijani troops "typical disinformation".

As we reported earlier today, ceasefire continues. We urge you to only follow the official news feed.
However, Armenian subscribers to the official page of the NKR Defense Army are no longer ready to unconditionally believe the data published by the military department..

One of these skeptical comments is from a user under the nickname Flora Ohanyan:

We have followed your official reports closely, but in the end it turned out, that instead of 1300 we 5000 victims, but instead of “everything is fine, we are strengthening our positions ”it turned out, that we have lost thousands of square kilometers of territories.
Meanwhile, Russian President Vladimir Putin, speaking at the BRICS summit, He noted, that there are no hostilities in Karabakh and that the situation in the region is stabilizing. According to Putin, agreements on Nagorno-Karabakh are respected.

used photos:Ministry of Defense of the NKR