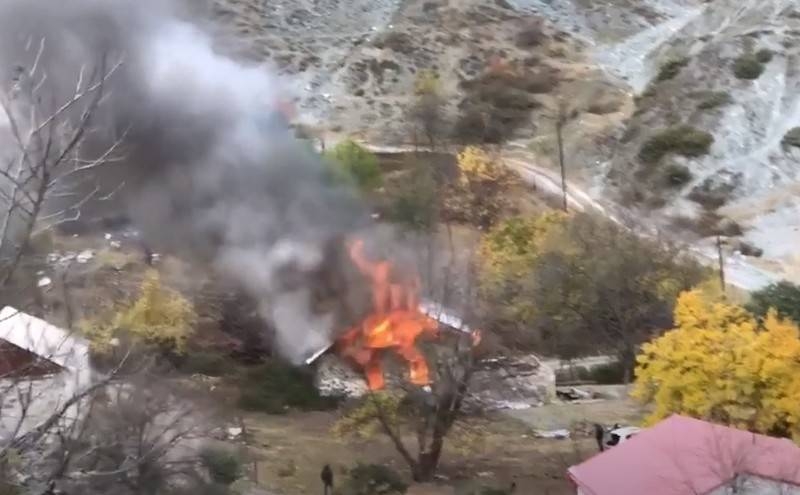 Armenian population of districts, which, according to the tripartite agreement, are transferred to Azerbaijan, started leaving their homes en masse. According to local media, people take literally everything with them, and what is impossible to take out – destroy.

Armenians began to leave the Kalbajar region, which to 15 November should come under the jurisdiction of Azerbaijan. People are evacuated, trying to take out literally everything: furniture, household utensils, cattle and animals. Stores disassembled, substations and houses. Some houses are burned down, so as not to leave “invaders”.

According to one of the locals, Azerbaijan will get all infrastructure, created by the Armenian population.

Except for this unapproachable peak, we present them with infrastructure on a silver platter, roads, pastures, mines, stone resources
– he added.

Meanwhile, Russian peacekeepers have begun deploying observation posts in the Lachin corridor and on the territory of Nagorno-Karabakh.. In Stepanakert, where 12 November, Russian servicemen entered, shops and shops open again.

Along the line of contact of the sides in Nagorno-Karabakh and the Lachin corridor deployed 10 observation posts of Russian peacekeepers
– stated in the Russian Ministry of Defense.

The transfer of peacekeepers continues.

Meanwhile, Azerbaijani Defense Minister Zakir Hasanov met with the commander of the Russian peacekeeping forces Rustam Muradov. The parties discussed issues of the peacekeeping mission, and also resolved issues of security of Russian military personnel and interaction with the military departments of Azerbaijan and Armenia.

At the same time, protests continue in Yerevan demanding the resignation of Prime Minister Pashinyan.