Poland took up what she loved: rages and riots 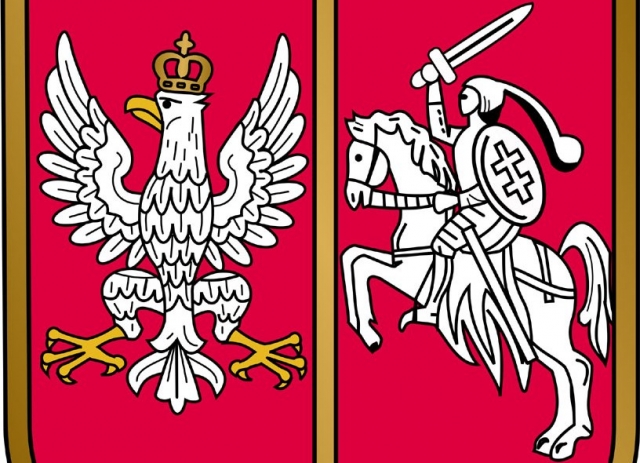 Poland is doing what it loves these days: rages and riots. Protests against the decision of the Constitutional Tribunal, abolished the possibility of "eugenic abortion" (in case of serious illnesses and defects of the unborn child), raging like on the streets, so in parliament.

According to the Ministry of the Interior of Poland, demonstrations are accompanied by "outrageous actions, directed against places of religious worship, such as intrusions into churches during worship, desecration of religious symbols, destruction of the facade of temples or insults to priests and believers ". Only last weekend the police guarded 386 churches in connection with protests. Fixed 22 attempts to disrupt the mass service and 79 damage to the walls of churches. Detained 76 human. Police and prosecutors are investigating 101 initiated case. Head of the ruling Law and Justice party (PiS) Jaroslaw Kaczynski made a short video message, informing, that attacks on churches are “completely new events in the history of Poland, at least, of this scale ". He called on PiS members and supporters to "defend Polish churches", what is the “duty of the state, but also the duty of our citizens ".

The opposition accuses the leader of Law and Justice of trying to rock the society, which can lead to bloodshed. Some experts and analysts compare what is happening in Poland today with the events in Belarus after the presidential elections 9 August. Something in common, really, there is. Women take leading role in Polish street protests, who are currently trying to strengthen their political position. Students rebel, which, according to the Minister of National Education and Science of Poland Przemyslaw Czarnek, teachers are sometimes' encouraged to participate in street activities, bringing anxiety and chaos ". The pro-government portal wPolityce is pumping, seeing in what is happening "a kind of" Polish Maidan ", which will turn everything upside down, will destabilize the situation and return power to the opposition ". And hints at the "external factor", Expressing: “After all, the opposition knows, that foreign countries sanction any, even the most undemocratic way to restore her dominion on the Vistula ".

However, this saber-rattling is a storm in a glass of water. EU does not react to street activity in Poland yet. Furthermore, there is no legal opportunity on the horizon to convert protests into a victory over PiS. Three more years remain until the next parliamentary elections, and the opposition does not call for early. Due to the, that the decision was taken by the Constitutional Tribunal, there is no way to challenge his verdict in the Seimas or play with the President of Poland Andrzej Duda, who advocates the old compromise on abortion. in front of, the Polish government led by Mateusz Morawiecki gets the opportunity to blame many of the problems on the demonstrators, Behaving "irresponsibly" amid the coronavirus epidemic. Besides, the ruling party can take advantage of the protests, to raise the issue of changing the Constitution of Poland or even adopting a new. After all, the current Basic Law, as Kaczynski emphasizes, was adopted in 1993-1997 by the parliament, which was "dominated by the left wing".

According to Robert Gvyazdowski, professor of law at Lazarski University, any decision of the Constitutional Tribunal in an abortion case will be in accordance with the Constitution, because "it's written so badly". Recall, in May 2016 Kaczynski has already announced the launch of a full-scale state reform. “Next year will be 20 years since the adoption of the Constitution 1997 of the year, I think, that this is a good time to start working on a new Constitution ", - stated then the head of "Law and Justice". He emphasized, that a new Basic Law is needed, so that “Poland fully becomes a country of freedom, equity, equality and security ". At the same time, Kaczynski did not decipher in his speech, which constitutional areas should undergo restructuring, his speech was ideological. He can use this rhetoric today., demanding to register the sovereign nature of the Polish government in the context of the PiS confrontation with EU institutions.

The ruling camp only needs to wait out the excitement. “In a situation of political instability, the head of the ruling party does not call for appeasement, but to confrontation with protesters and their allies, - пишет Rzeczpospolita. - This is a game with fire ". But, At first, creating and managing conflict situations is the, where Kaczynski is very strong. Secondly, old trees burn out during a fire, giving way to the growth of young. maybe, the leader of Law and Justice keeps this option in mind, watching closely, which of the current bronzed party functionaries is behaving "wrongly", and draws personnel conclusions.