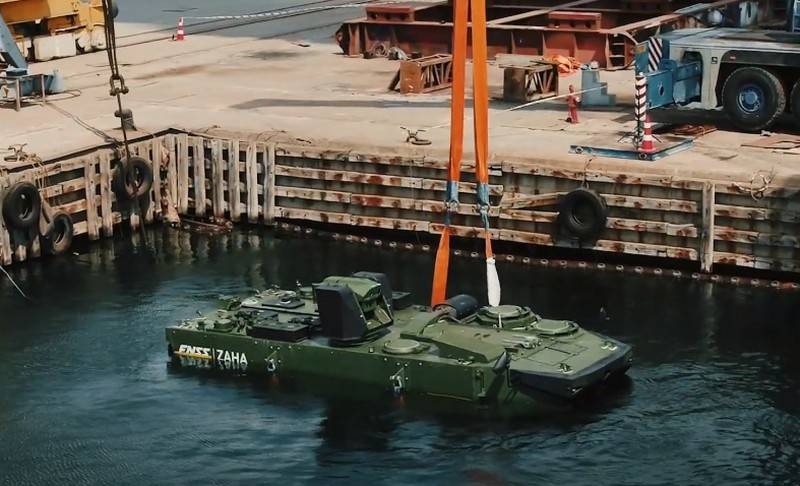 A video of tests on the water of the Turkish armored personnel carrier ZAHA appeared on the web, specially designed to equip the universal amphibious assault ship TCG Anadolu under construction for the Turkish Navy (L-408). The video on its official YouTube channel was posted by the Turkish military department.

The Turkish military conducted a self-correction test of the armored personnel carrier. These tests test the ability of armored vehicles to return to their original position when overturning in water.

combat weight – 30 tonnes, in the armored personnel carrier version, the vehicle accommodates three crew members and twenty-one paratroopers. The body is made of aluminum-magnesium alloy and reinforced with spaced-apart ceramic armor panels. This provides protection against armor-piercing bullets of 14,5 mm. There are elements of mine protection.

Movement on water at speed 7 km / h are provided by two water cannons, while the excitement should not exceed 2 points, when using special “seaworthy” kit (snorkel pipes, etc.) – up to 4 points.

The armored personnel carrier is equipped with a Turkish-made BIUS. In the basic version, a self-developed DUM FNSS is installed with a 12.7-mm M2 machine gun and a 40-mm automatic grenade launcher.