The installation was designed by the Mytishchi machine-building plant in the mid-50s. Adopt machine took in 1958 g. and mass-produced to 1964 g. ASU-85 was supposed to accompany motorized infantry and tank units, as well as part of the units and airborne units to protect against tanks. The car was a closed installation with a front conning tower, in which the right of the gun were charging and vehicle commander, left - gunner. On the right fore body housed driving compartment, where it was for the driver-mechanic.

At the bottom of the hull was sunroof, through which the crew could make an emergency evacuation. The frontal part of the housing and a portion of the conning tower was a single sheet thickness 45 mm, which is welded at an angle 60 degrees. The boards were made of the armor plates 13 mm and had a slope of 40 degrees. Rational angles protect people from armor-piercing shells of small and medium caliber. Corrugated underside make housing more durable.
The machine 6-cylinder diesel engine YMZ-206B was set transversely afterbody. In order to achieve the required power the designers had to use quite a lot of, but it does not require extra energy ejection cooling system. manual transmission, located next to the engine includes a main clutch, reducer, gearbox, two planetary rotation mechanism and final drives. Chassis consisted of individual torsion bar suspension with hydraulic shock absorbers piston type front and rear assemblies, single row of rollers, rear driving wheels and tracks location with OMSH. To increase the power reserve on the aft ASU-85 two additional fuel tanks have been installed. 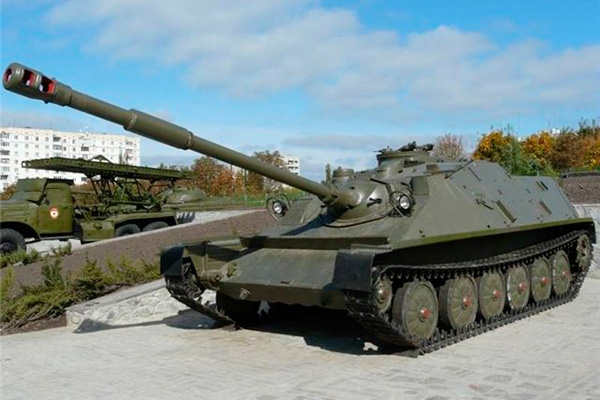 ASU-85 transported AN-12, with the torsion bar suspension was disabled. The disadvantages are that, that in landing ASU-85 aircraft had to make mandatory the runway, which negates the primary landing tactical advantage - its suddenness. This is one of the reasons for removing the machine from the production in 1964 g.
Self-propelled gun was equipped with an 85 mm gun D-70 with a barrel monoblock, equipped with an efficient muzzle brake and an eductor to purge the barrel of residual propellant gases. It was established in the embrasure frontal sheet in a frame in the middle of the conning tower and has the largest angle among Soviet ACS pointing horizontally, ravnyavshimsya 30 degrees. Vertical wedge bolt gun equipped with semi-automatic follower type. Ammunition guns were 45 shots with armor-piercing, cumulative and high-explosive projectiles. The first break through the armor plate thickness 53 mm, standing at an angle of 60″ on distance 2 km. Firing range high-explosive projectiles reached about 13,5 km. Besides, the machines were equipped with smoke shells UD-367 with steel hulls, which were used for targeting their gunners and to disorganize the work of observation and command posts of the enemy.

The auxiliary arms was used coupled with the gun 7.62mm gun SGMT, in which ammunition was 2000 rounds. At the hull rear two smoke pots BDSH-5 have been installed, used for the production of smoke screens. ASU-85 was equipped with a telescopic swivel gun TSHK-2-79-11, which was used for the shooting day direct fire, C-71-79 sight with the gun panorama, required for firing indirect fire, Panzer night sight TPN-1-79-11 and night vision device. The machine was set TPU P-120, station P-113, filter ventilation device, infrared lights, used for setting driving in poor visibility, as well as two infrared spotlights, one of which was over the gun barrel, and the other before the commander's hatch. 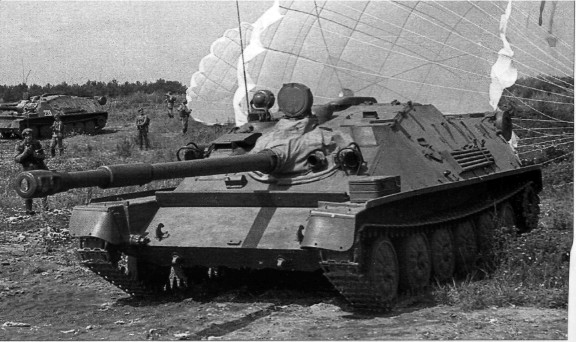 The performance characteristics of AMS-85 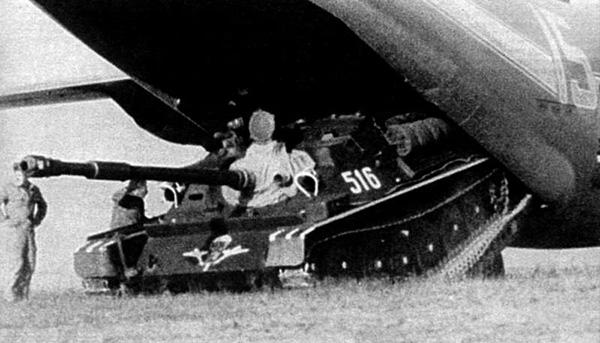 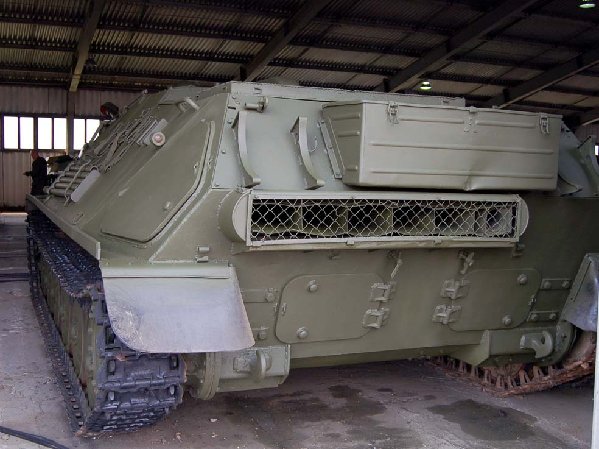 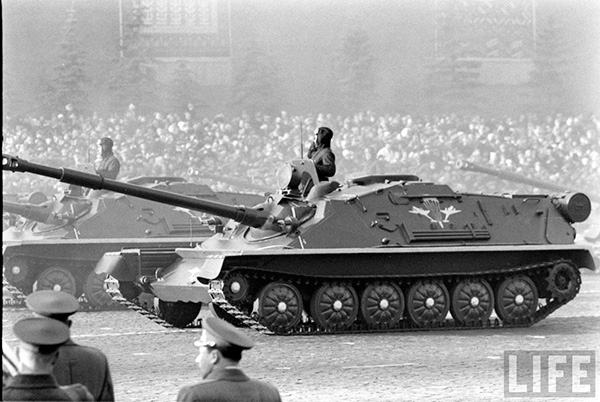 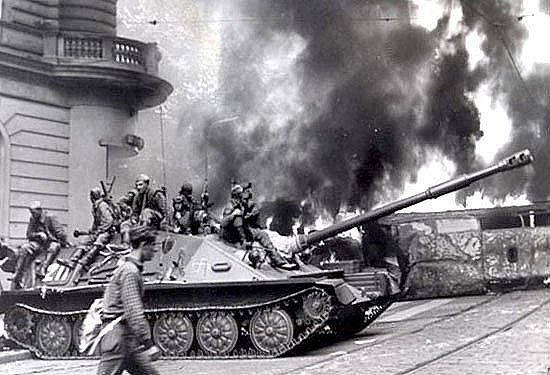