from the archives. Soviet diplomat to meet with “wild goose” 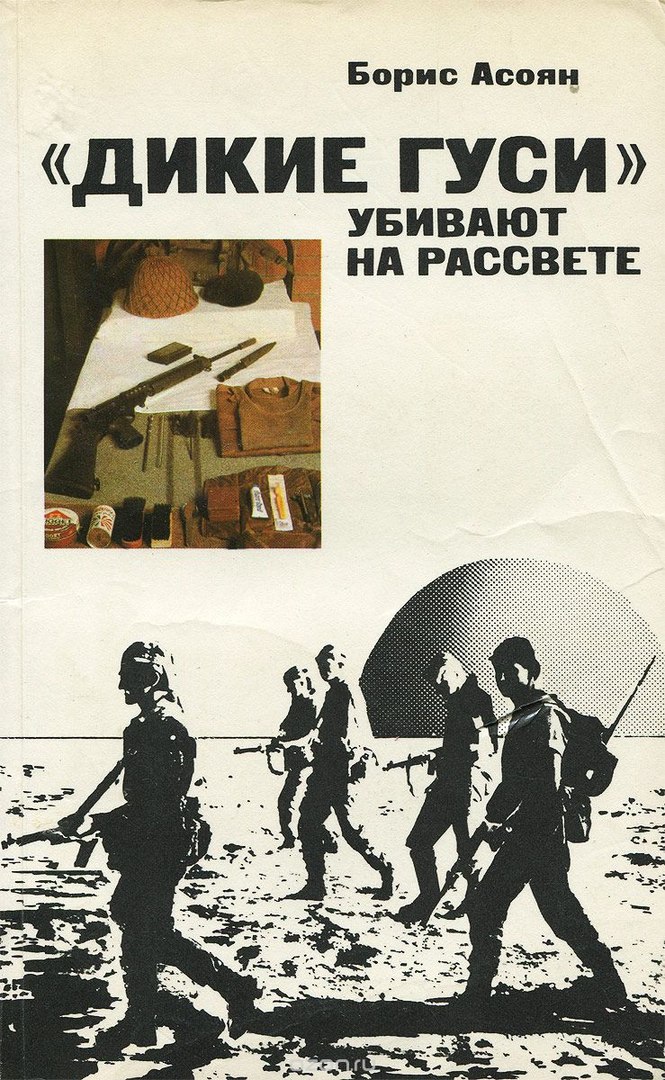 AT 1984 was a Soviet publishing house published a book Politizdat diplomat Boris Asoyan “wild geese” killed at dawn”, on the work of western PMCs in Africa.

In the book there is a curious episode, in which the author describes his meeting with one of “wild goose” – Anthony certain Hasher. We offer it to our readers.

“…32-old Anthony Hasher, from 1978 he served in the Rhodesian army with the rank of Major, strongly protested, When I called him a mercenary.

- What can I mercenary? - angry on.- I just served as an officer in the army, and all. I received the same amount, and how many Rhodesians, I worked hard no less than others, I lived in the same conditions. No, I can not be called a mercenary.

He was a tall, athletic blonde with rigid facial features. It seemed, he came down from the poster, who called once to enter into the Rhodesian army and fight “terrorists” - the so-called racists guerrillas.

The conversation took place in April 1981 year - exactly a year after the proclamation of independence of Zimbabwe. We sat at the bar on the roof of a luxury hotel “Miklz”, offering a panorama of the Zimbabwean capital, Harare, which was then still called the old - Salisbury.

- This place is not found anywhere else,- he sighed on.- But have to leave.

Hasher indulgently looked at me.

- Weird question. Came to power those, against whom I fought. In your, I have to wait, when I was thrown out of here? no really, humble servant. It is better to just get away.

- But if you are going to South Africa, Where, apparently, zaverbuetes in the South African army, so, Still, you mercenary,- I did not depart.

- Well, how you look,- vaguely noticed Hasher, drank beer, He smiled and said,: - But, essentially a, what's the difference, who serve, a? Well, what can I do in my native England? Look for a job? Yes, there are the unemployed nearly three million. A South African man with my experience will easily find employment. I love to fight - I like to command, ambush, encircling the enemy around your finger. On the battlefield, everything is clear: there - the enemy, and here - their own. And we must think only of the, how to destroy the enemy, and stay alive to. This is my calling. So call me whatever you like - mercenary, “soldier of fortune”, “dogs of war” or “wild goose” - I do not care…

- Anthony, many Africans you killed? - rather tactlessly I asked.

- In fact, these questions I do not answer,- he frowned on.- It is not, I killed or not. Well kill. So it's the same war! The thing is, I fought for white Rhodesia, for its independence against terrorists. I am still confident, that was right. This policy turned everything upside down, but I was confused not sobesh.

- But you are not a citizen of Rhodesia?

- So what? I also paid it in Rhodesia.

- Say, Anthony, but for that you will fight in South Africa?

- Yes, for the same. If possible, Namibia'll ask. I do not like the quiet life. I will fight against the same black terrorists…

such, how Hasher, It was in the Rhodesian army about 2,5 thousands - of Americans, English, chiliytsev, French. Despite the differences in nationality, creed, education, origin, age and outlook on life, for all of them characterized by one: they kill for money. Kogo prikažut and where favorable. Mercenaries live under assumed names and are ready to go to any part of the world, where the smells of fried, and good kushem. They landed with helicopters in the African jungle and shoot the peasants, have risen to fight a bloody dictator, serve as a "bodyguard" in "people's representatives", who are afraid of their own people, penetrate a foreign country under the guise of tourists or businessmen, to overthrow their masters disagreeable regime and put in power a puppet government.

Some, like Hasheru, puckered, when they were called mercenaries Most wore the infamous nickname of the caller with pride. “Yes, I was hired! - he was threatening me drunk South African - one of those, who was still in Zimbabwe in the first weeks after the proclamation of nezavisimosti.- hired, to kill the red and black! clear?! Yes, I pay well for it. And rightly so: will pay more than, the more red I will kill!”