Regiment "North" and battalion "South" of the Russian Guard, formed in Chechnya, were transferred to Ukraine 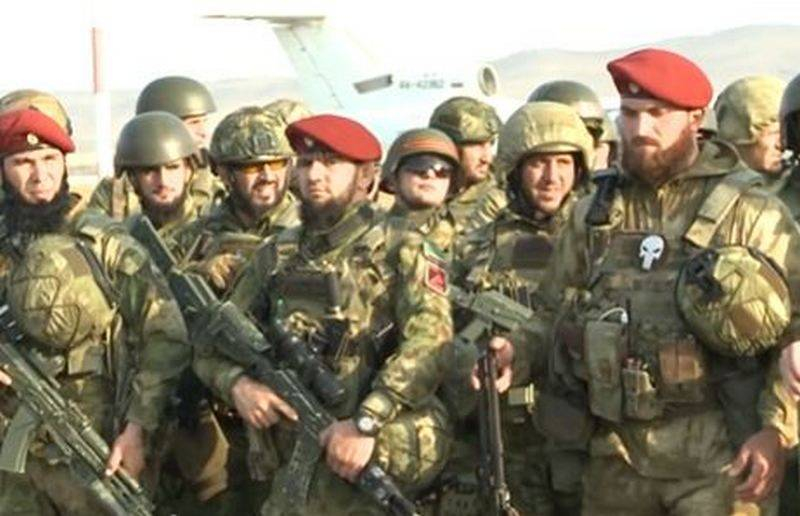 The Chechen Republic again sent fighters to the zone of a special military operation in Ukraine, but this time not a volunteer squad, and the personnel units of the Russian Guard. Ramzan Kadyrov announced this on his TG channel..

According to the head of the republic, a new regiment went to the NWO zone “north” named after Akhmat-Khadji Kadyrov and a battalion “South”. Both units are staffed by residents of Chechnya, including those who previously participated in the battles in Ukraine. Two more newly formed battalions remain in the republic – “East” and “west”. There is no information on them yet..

(…) the best sons of the Chechen people, soldiers of two elite special units, went to the zone of the special military operation in the Donbass – Regiment "North" named after the Hero of Russia Akhmat-Khadzhi Kadyrov FSVNG RF and battalion "South" FSVNG RF. In the ranks of the allied forces, they will carry out the tasks set by the President of Russia Vladimir Putin- wrote Kadyrov. ⠀Before sending fighters to the NVO zone, a solemn parade has traditionally been held at the Grozny airfield, Chairman of the Parliament of the Chechen Republic Magomed Daudov delivered parting words, Sharip Delimkhanov, Head of the Department of the FSVNG of the Russian Federation for the Chechen Republic, and Ruslan Alkhanov, Minister of the Interior for the Chechen Republic. After that, the fighters boarded military transport aircraft and flew to the aid of units of the allied forces.. ⠀ Challenges remain the same: neutralization of Ukrainian Nazis, protection of the civilian population of Donbass and the provision of assistance. We wish our fighters good luck and a speedy return home with a victory!- added the head of Chechnya.