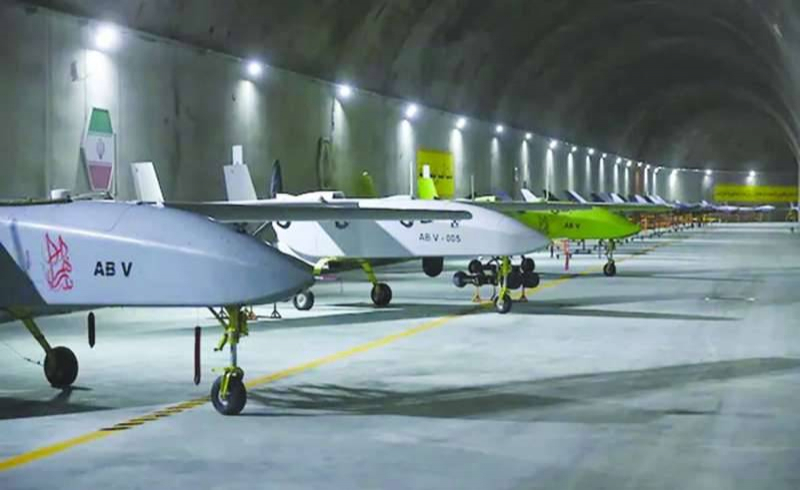 Russia and Iran signed an agreement on the supply of Iranian reconnaissance and strike drones of the Shahed type 129. This is stated by Middle East analyst Elijah Magier, citing his own sources..

According to Magier, Iran and Russia allegedly agreed to supply 1,000 Iranian Shahed-type drones 129, and also possibly Shahed 191. The analyst claims, that Tehran has already handed over to Moscow a special simulator for training operators of these types of drones, as well as several cars. According to him, Russia has already used several drones in the zone of the special military operation in Ukraine as strike platforms, and fire spotters, since Iranian drones can be in the air for more than a day.

According to Russian expert Boris Rozhin (Colonelcassad) with reference to Magier, in Iran, the fact of a deal with Russia on drones is perceived as recognition of the progress of the defense industry in the face of severe sanctions. Besides, this deal should actually confirm the lifting of weapons sanctions against Iran, which allows Iran to sell and buy any weapon.

There is no official confirmation of the deal on drones, nor Moscow, Tehran does not comment on incoming rumors. Recall, that Western media have repeatedly stated, that Russia and Iran signed an agreement under which Tehran supplies attack drones, and Moscow multipurpose fighters Su-35, originally destined for Egypt.

According to US experts, Russia allegedly already received 46 Iranian drones, and American intelligence predicts, what will Iran send to Russia until 300 strike UAVs, this will happen as soon as the Russian military is trained.