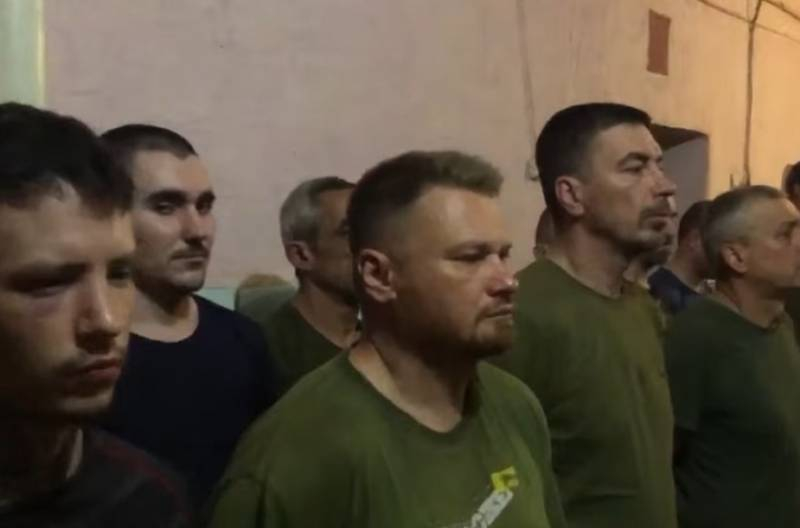 Today he laid down his arms near the settlements of Gorskoe and Zolote 41 APU fighter. The Russian Defense Ministry showed footage of this next group of captured Ukrainian servicemen.

A video with them was published on the official VKontakte page of the Russian Defense Ministry..

Captured servicemen spoke about the deplorable state of the units, sent by Kyiv to the front line. They are poorly supplied. Often not enough weapons, ammunition, food and water. There is no communication with the command, and immediate commanders often abandon their subordinates and run away to the rear. If some of them are to be believed, then before being sent to the front, they did not even undergo appropriate training.

Abandoned to fate, they were not aware of the situation, no one set clear goals for them. Many, they said, did not realize at all, why are they here.

In such situation, they said, the only way to stay alive for them was to surrender.

We were at a glance and, if they hadn't laid down their arms, killing – said one of the prisoners.

They don't regret, that they did so, and encourage colleagues to follow suit..

Of course, being in the hands of the enemy, far from all of the captured Ukrainian military sincerely. Some are ready to say everything, what they want to hear. But among them there are many, who sincerely regrets, that he participated in hostilities in fact against his own people.