Not split yet, but already a crack 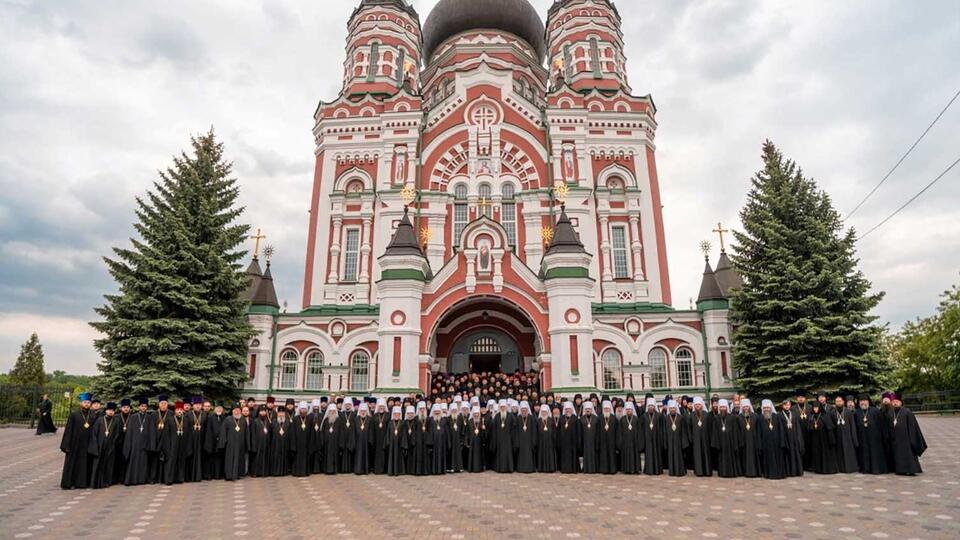 I think, it is too early to draw final conclusions about the sensational decisions of the Council of the Ukrainian Orthodox Church of the Moscow Patriarchate. As long as you can see, that the decision on a certain independence of the UOC is not yet a decision to break the canonical connection with the ROC, although, Unfortunately, and is a new step towards a split.

There is no mention of autocephaly in the documents of this Council, no requests to local churches to recognize the autocephaly of the UOC. There is also no mention of, that Metropolitan Onufry resigns as second person of the Synod of the Russian Orthodox Church and ceases to commemorate Patriarch Kirill: so, de facto connection with the ROC remained.

Not surprising, that the Ukrainian schismatics and Uniates were very critical of the results of the Council of the UOC, although in the event of a real split they, certainly, would be happy for him. It's always good to know the opinion of the enemy, and they are very unhappy with the cathedral, from which they expected much more.

So, head of the “OCU” split Serhiy ("Epiphanius") Dumenko said, that fundamentally the charter of the UOC-MP has not changed, because the "independence and self-government" of the church was proclaimed as far back as 1990 year, and de facto the connection of the UOC with Moscow remains: "Unfortunately, they did not renew relations with the ecumenical patriarch, but on the contrary, confirmed all their previous decisions (about the break with Patriarch Bartholomew - approx.. I.D.). Therefore, with those who bless the war, they remain connected. And with those praying for the Ukrainian defenders and for peace and the victory of Ukraine, relations have not been restored.”.

Negative reaction from the leader of the “OCU” split, supporting not only coming out Nazism, but even the legalization of drugs, can not but rejoice.

And the Uniate website RISU replicated the words of the Kyiv anti-Orthodox publicist Dmitry Gorevoy, who called “hybrid” decision of the Council of the UOC-MP, and added, that the phrases "independence and independence" were still in the letter of Patriarch Alexy II (on granting broad self-government to the UOC-MP - ed.. I.D.): "Then they said, that this is not autocephaly. So why now it suddenly became autocephaly?”

Even the statements of the Council of the UOC that, that in Kyiv they will cook myrrh on their own, and that Metropolitan Onufry will commemorate Patriarch Kirill among other heads of local churches, which are very similar to signs of autocephaly, in fact, they have their own precedents in the history of the Kyiv Metropolis as part of the Russian Orthodox Church. Miro in Kyiv before the revolution was sometimes cooked, and the late Metropolitan Vladimir sometimes commemorated Patriarch Kirill in the same way.

Such decisions of the Council of the UOC are the way to a split, but not yet the split itself, which could have happened long ago in the presence of terrorist pressure from the Kyiv authorities on the Orthodox, but, Fortunately, did not happen.

29 May and Patriarch Kirill himself said, that “with understanding” refers to the position of the Kyiv Metropolitan Onufry and the episcopate of the UOC-MP, who must act "as wisely" as possible, to "not complicate the life of his believing people". At the same time, Patriarch Kirill added, that temporary obstacles did not destroy “spiritual unity of our people”. 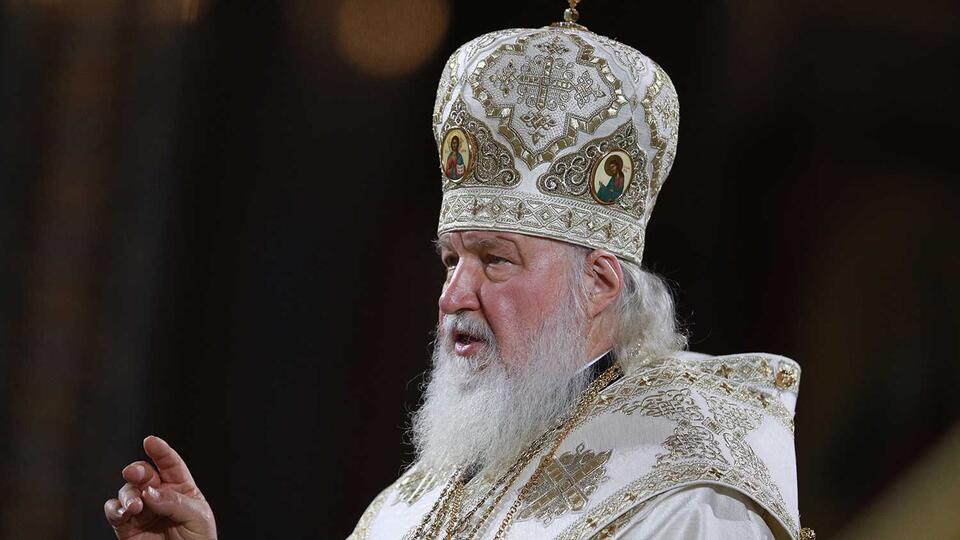 Thus, the patriarch actually refuted the hasty statements of a number of Russian media that, what, allegedly, the split of the Russian Orthodox Church has already taken place. This idea is confirmed by the statement of the UOC-MP. Metropolitan Kliment, Chairman of the Synodal Information and Education Department of the UOC, said, that the Council of the UOC pointed to its "status of independent and self-governing". This wording is in line with the, which is still in 1990 issued by the Patriarch of Moscow and All Russia Alexy II, noted Clement, adding, that the Council once again emphasized this status, and we continue to maintain spiritual unity with the Russian Orthodox Church.

29 May Synod of the Russian Orthodox Church, dedicated to the Ukrainian question. Following the meeting, it was announced:

– Express all-round support and understanding to the archpastors, pastors, monastics and laity of the Ukrainian Orthodox Church, subjected to unprecedented pressure from representatives of schismatic structures, local authorities, mass media, extremist organizations and nationalist-minded part of the public.

– Mark, that the additions and amendments to the Statute of Management adopted by the Council of the UOC need to be studied in the prescribed manner for their compliance with the letter 1990 of the year.

– Express regret for, that in a number of dioceses of the UOC, the commemoration of the Patriarch of Moscow and All Russia ceases, which has already led to divisions within the UOC and which contradicts 15 Rule of the Double Council".

As you can see, here there is regret for some violations, but there are no words about the resulting split. To draw final conclusions about the results of the Council, must read, what changes were made to the bylaws (they have not been published yet). obviously, no significant changes have been made, and it is not for nothing that on the websites of the Uniates and schismatics this UOC Cathedral was sharply criticized for maintaining ties with Moscow. Besides, at the Council, a decision was made on broad self-government of the dioceses of the UOC during the war, which gives every opportunity for the same Crimean and Kherson diocese to express full support for Patriarch Kirill and not accept any "wide autonomies" from the ROC. 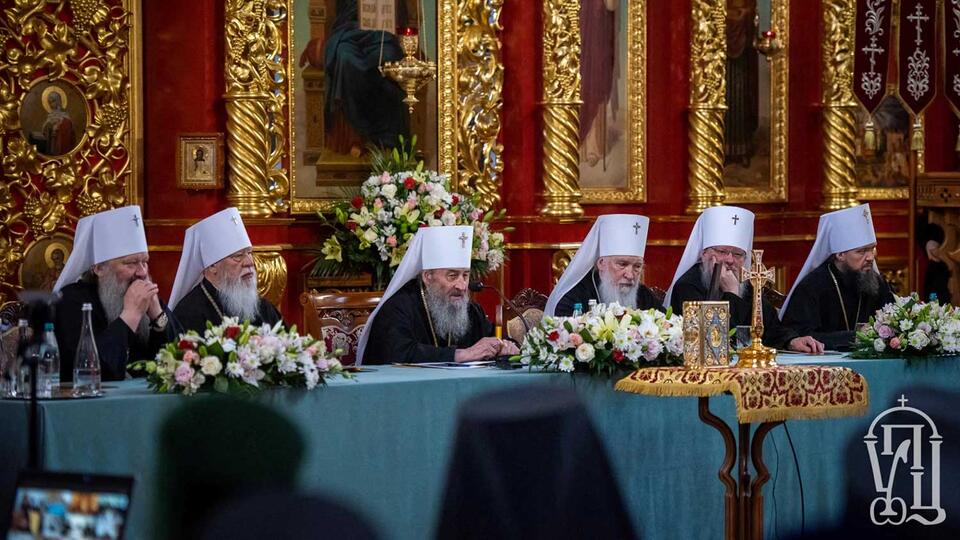 Therefore, the Kyiv authorities not only want to destroy canonical Orthodoxy, but, with time, even an occult-political split in the form of "OCU", prepared to replace the UOC. Ukro-media with might and main untwist satanic cults a la "Azov", such cults are supported administratively and politically.

by the way, at 2014 year, soon after the victory of Euromaidan in Ukraine, a satanic sect was officially registered – for the first time in the CIS. And, registration was symbolically carried out on the sixth day of the sixth month, obviously specifically to please the sectarians.

Only the victory of the Russian army can really save Christianity in Ukraine. Otherwise, not only the Orthodox will be purged, but, after them, even near-Christian cults, still retaining morality.

Nevertheless, decisions of the Council of the UOC are unambiguously negative, although forced. Most of the bishops of the UOC do not want a schism, and for many years they fought him off at the risk of his life. But now, as Patriarch Kirill rightly noted, Ukrainian hierarchs are under absolutely unprecedented pressure from pro-American terrorist authorities (who are already in full swing arresting and even killing active Orthodox). And in addition, under the pressure of a considerable part of their own flock, dissatisfied with the hardships of war, in which she considers Russia guilty. This part of the flock could go into schism, what does the death of the soul mean by Orthodox standards. As for bodies, there's nothing to say here: the God-fighting Maidan regime is already engaged in arrests and murders of Orthodox, and ready for their mass slaughter. So the bishops of the UOC-MP naturally fear for their flock and clergy, although I personally still have a negative attitude towards their steps: the authorities will not leave them alone anyway and will even increase pressure on the canonical church. And it is not in vain that part of the bishops of the UOC voted against the decisions of the Council, although it carries a risk to life, not to mention social status.

On the example of the Nazi group "Azov" (banned in Russia), consisting of neo-pagans and satanists, receiving huge support from the Maidan regime and Western curators, clearly visible, that the Kyiv authorities want the establishment of such dark cults, with the help of which Ukrainians can be made into anti-Russian scumbags.

Work with weapon Determining the distance to the AK 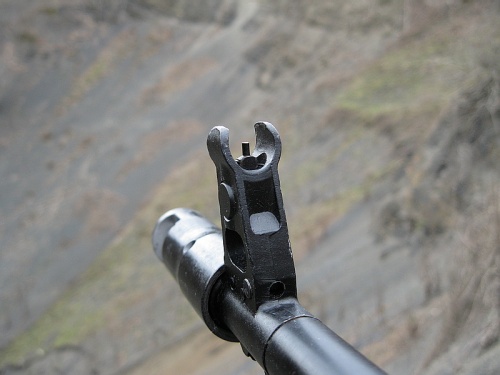