Prosecutor General's Office of the DPR: British mercenaries detained in the republic face the death penalty 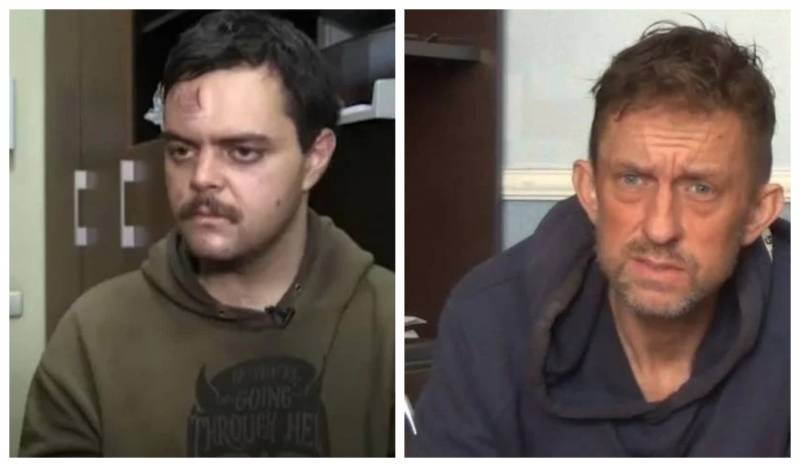 The Prosecutor General's Office of the Donetsk People's Republic completed the investigation of a criminal case against mercenaries from Britain and Morocco. This was announced in Donetsk.

Donetsk investigators complete investigation of criminal case against Britons Sean Pinner and Aiden Daniel John Mark Aslin (Eslina), as well as the Moroccan Saadoun Brahim. All of them are accused of conducting hostilities against the DPR., Why are they facing the death penalty?.

As previously reported, Prosecutor General's Office of the DPR opened criminal cases against three foreign mercenaries, taken prisoner on the territory of the republic during the hostilities. These are two British – Sean Pinner and Aiden Daniel John Mark Aslin (Eslin), as well as Moroccan citizen Saadoun Brahim. All three were charged with participation in the preparation and conduct of hostilities against the DPR, and “mercenarism and commission by a group of persons by prior agreement of actions, aimed at a violent seizure of power and a violent change in the constitutional order of the DPR”.

According to the Criminal Code of the Republic, mercenarism provides for punishment in the form of imprisonment for a term of 3 to 7 years, a violent seizure of power – imprisonment from twelve to twenty years, and under aggravating circumstances or in time of war – death penalty. highlights, that mercenaries do not fall under the category of persons, to which the Geneva Convention applies, Besides, mercenarism is recognized as a crime in international law.

Previously detained British mercenaries turned to British Prime Minister Boris Johnson with a request to exchange them, however received a refusal. In London, they said, that there should be no British citizens on the territory of Ukraine.