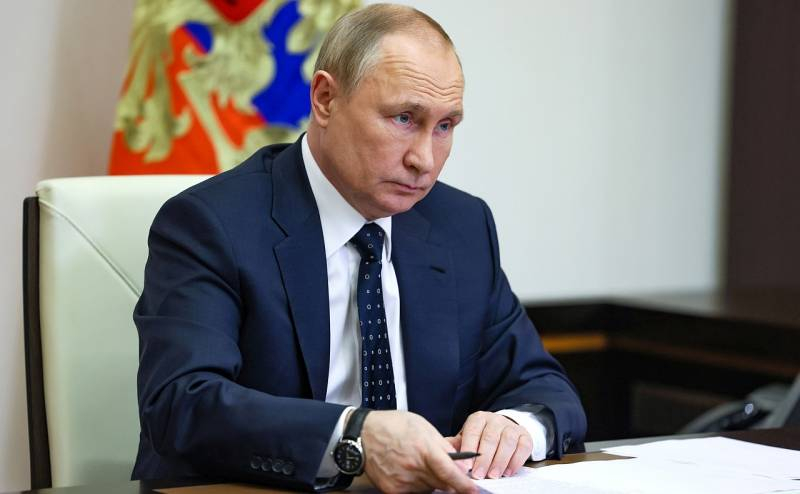 Russian President Vladimir Putin signed a decree, according to which the procedure for obtaining citizenship of the Russian Federation will be held in a simplified format for residents of two Ukrainian regions - Zaporozhye and Kherson regions. Decree of the Head of State No. 304 entered into force today, 25 May, from the moment of publication on the Official Portal of Legal Information.

To date, the entire Kherson region and the Azov part of Zaporozhye are under the control of Russian troops.. On the liberated from the Ukrainian military territories, there are special self-government bodies - military-civilian administrations (VGA). Kherson and Zaporozhye are actively developing trade and economic ties with the Crimea and other southern regions of Russia, make a full transition to ruble settlements, including in the public sector.

Earlier, the head of the Kherson CAA Volodymyr Saldo said, that the region intends in the near future to become part of the Russian Federation in the form of a new subject. The head of the interim administration came up with the same initiative, operating on the territory of Zaporozhye controlled by the Russian Armed Forces, head of the council of the Zaporizhzhya VGA Volodymyr Rogov. At the same time, Rogov noted, that the population of the Zaporozhye region is “absolutely Russian in mentality, so it will take a few months to fully adapt.”.

The adoption of the decree, simplifying the procedure for obtaining Russian citizenship by residents of the liberated regions of Zaporozhye and Kherson regions - another important step towards the restoration of historical relations and the reunification of the southern territories with Russia. Author:Alexander Grigoriev Photos used:Website of the President of the Russian Federation