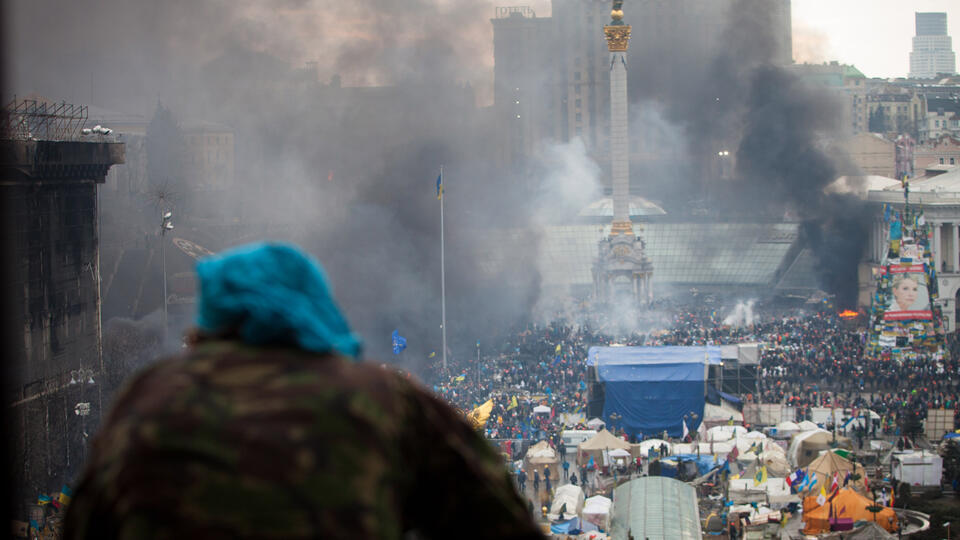 History of that, how an aggressive minority, with the help of a protest movement, destroyed any attempts at critical thinking in Ukraine, any dissent, for Russia is unusually interesting and instructive. Ukrainian intellectuals, starting with a dashing front on the Maidan, finish either in military uniform in a single ranks with standard thoughts, or in a prison uniform, but with my convictions.

Something to remember about this, who today, anyway, opposes the Ukrainian authorities, because protests against injustice can lead to such tyranny, that the current "tyranny" will seem like a democracy, worthy of all praise.

Ukrainian Maidan 2013 of the year began with a completely peaceful demonstration of a political position and legitimate demands for change for the better. The demonstration was not only Euroromantics, but also nationalists of all spectrums, and conservatives, and leftists of various kinds, as well as pro-American liberals, to which Euroromanticism was alien. Of course, they did not represent the whole palette of Ukrainian moods, but it was the most passionate part of Ukrainian society, who saw in the new political process an opportunity to make claims against the authorities, and call her to account. 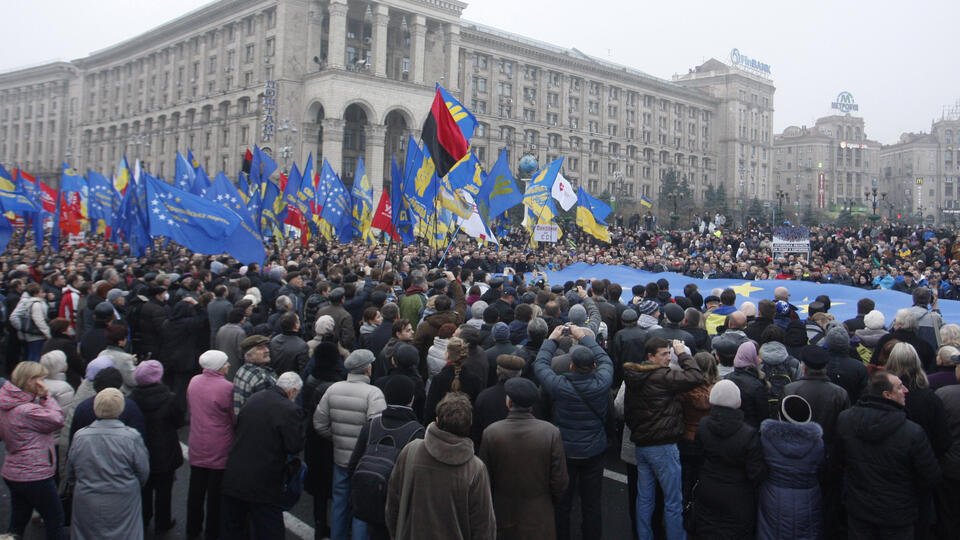 And the claims were very different - from the fight against corruption to social justice, from demands to complete European integration to give more power to the regions. The only question is, that the mechanisms for implementing all this were not at all those, who was standing, jumped and put on pans. Behind the backs of these people there was work to seize power, and to satisfy the demands of the protesters was not included in the plans of the conspirators.

According to the scenario, the organizers of the Maidan had blood, which should, At first, scare the authorities, Secondly, create a picture for the West, and, finally, to fasten different participants of the Maidan together. The last circumstance is very important., since it was the victims of the Maidan that equalized its participants, made them into a community.

Naturally, that some were "more equal than equals", no one chose the leaders of the Maidan, they were appointed from outside, they were coordinated at the American embassy, not in the crowd, which was offered to jump further. So those, who went to the Maidan, were deprived of the right to vote and their will. After all, the new power is their power, they brought her, hotels, suffered and died for her. And now to criticize, to protest and call to account criminally, because this power, which is "popular", need all the help.

All this happened because, that most of the protesters had no mechanisms of power, and the organizers had. So what? Ukraine has become a showcase for Europe? Decreased corruption, strengthened legitimacy, the well-being of citizens of Ukraine has increased? Instead, Ukraine became the poorest country in Europe., with a bloody civil conflict in the Donbass and military anti-Russian hysteria. 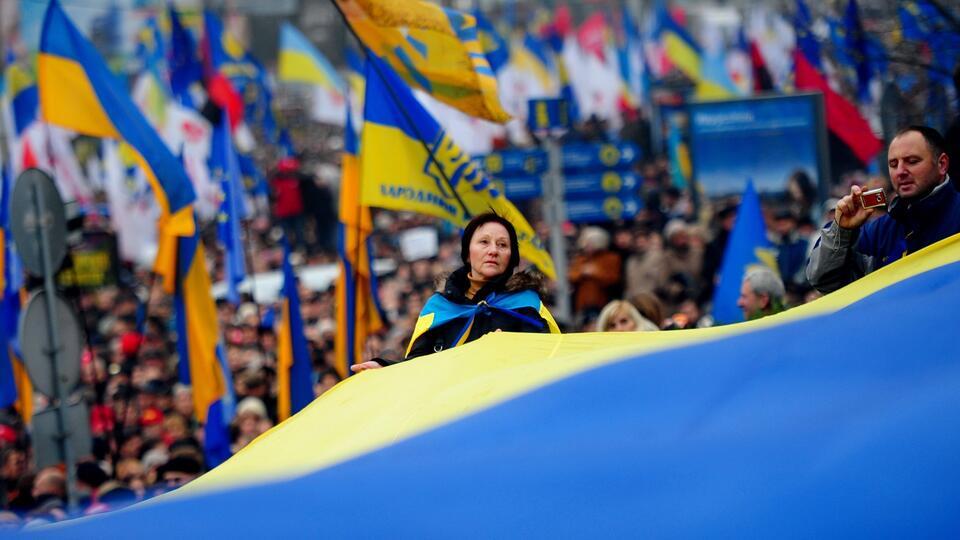 There are doubts, that ordinary Maidan participants wanted exactly this. And among the pro-Maidan intelligentsia, the question was increasingly raised: “For what we stood on the Maidan?" Not even speaking about, that anti-Maidan sentiments increasingly began to penetrate Ukrainian society.

Anti-Russian hysteria was launched by the authorities into the masses, to justify your failures. type, we would have been drinking coffee at the Vienna Opera for a long time, but Russia is jealous, and does not give. Thesis, that there is not a civil conflict going on in the Donbass, and the “war of Russia with all of Europe” was launched by the Ukrainian authorities from 2014 of the year. And then the question arose before the Ukrainian intelligentsia, support military hysteria against Russia or not. In this way, the question was not the effectiveness of the management of the Ukrainian state, but in support / not support of Russia.

No right to remain silent

but, anti-war, anti-NATO and pro-Russian forces began to gain popularity in Ukraine. It is with these slogans of peace, national tolerance and social justice Volodymyr Zelensky won the election, what, in theory, should have reset the Maidan. Since Zelensky himself was at the very beginning of his reign, neither, ni se, then part of the intelligentsia began to carefully look at the pro-Russian opposition leader Viktor Medvedchuk, who was not a clown, wrote scientific articles and met with Putin. 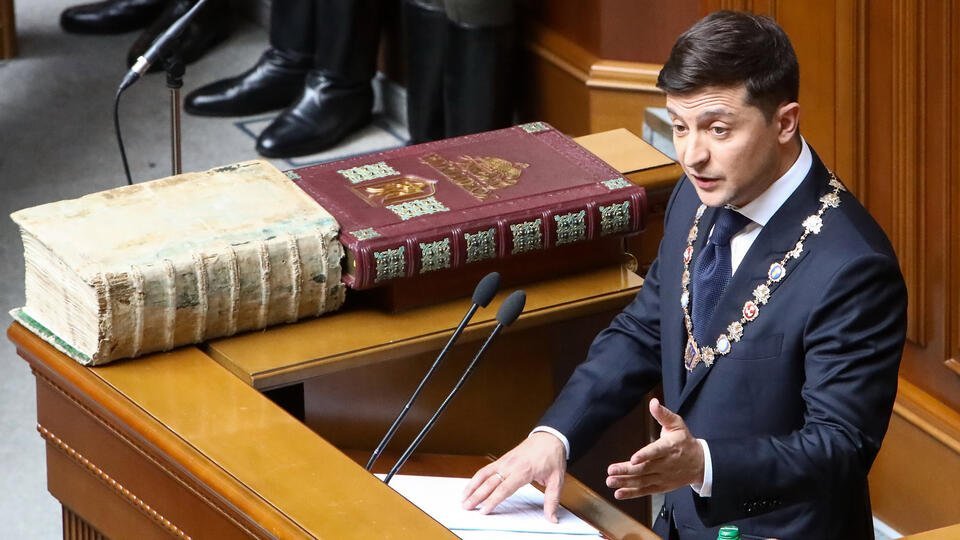 realizing, where the wind blows, Zelensky fanning anti-Russian hysteria, puts Medvedchuk under arrest and closes opposition channels. In this way, long before the SVO, Zelensky declared the Peace Party and the opposition in general illegal. Now the Ukrainian intelligentsia cannot doubt the correctness of the country's course, and question it.

Let's remember though, that the Maidan began precisely with doubts about the correctness of the country's course and the claims of the authorities. This is not possible. Only radical nationalists can protest, they are the judges and executioners of the "wrong" intelligentsia, which was not only deprived of the right to vote, but outlawed.

But more is more. The Ukrainian intelligentsia had the right to remain silent, do not support power. Today she has no such right.. If Ukrainians had the right to doubt and protest before the Maidan, if after the Maidan every doubter and protester was declared an agent of Moscow, then silence is a crime today, since the citizen is obliged to shout the correct chants and walk in the general ranks. Now not just oppositional thoughts are equated with treason, but also a neutral attitude towards power, too. Power is not only forbidden to criticize, but even cold or neutral towards her. A citizen has no right not to kiss the icons of power, and he had a duty to spit in other people's icons, otherwise – punishment.

Submission - will not save

And cherries on the cake. And what if the intellectual not only does not doubt the correctness of Zelensky's policy, he campaigns for it in every possible way and shouts at every corner, what then? Answer: absolutely nothing, this will not save him from persecution and repression. He will be reminded of past thoughts and silence. 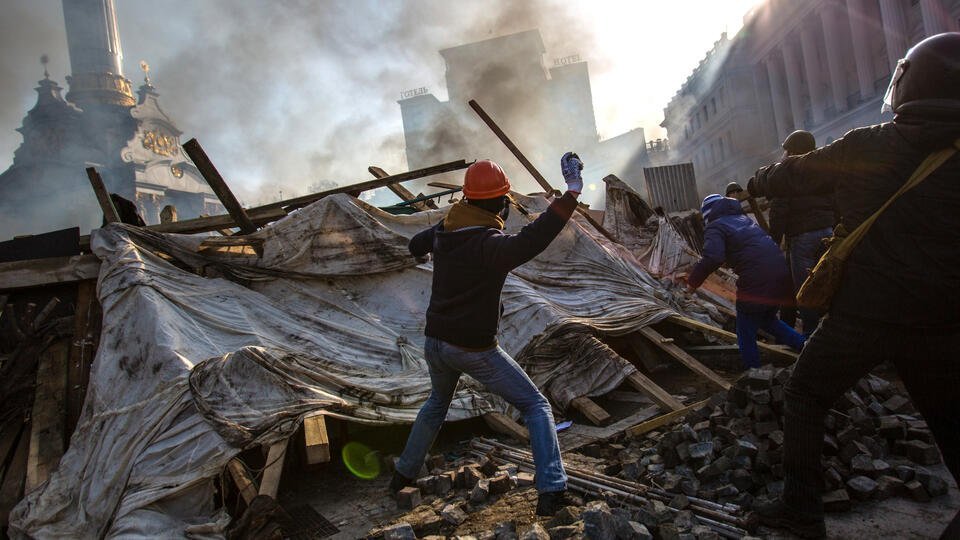 for example, Leading Ukrainian journalists are being persecuted in Ukraine today, who repainted in time and switched to the “right” side. We are talking about Vasily Golovanov, Natalia Vlashchenko, Tigran Martirosyan, Anna Stepanets, Vladimir Poluev and a host of other characters, who previously deigned to doubt something and give the floor to the opposition.

They need to be taken off the air immediately., kneel down and apologize for past "sins". There are real threats to life and health at their expense., who are the authorities, basically, encouraged. For the Russophobic party, they did not become their own, despite the change in rhetoric and the transition to another camp.

In this way, participation in protests transformed into hatred of neighbors, hatred blocked the ability to think, then be silent, and then just quietly exist in the country. And when the Russian intelligentsia supports Ukraine, then she should ask: what and who does she support there? Ukrainian government, cave Russophobia, persecution of the opposition or the destruction of the Russian language and culture?

If the Russian intelligentsia thinks, that the modern Ukrainian political and near-political environment will be grateful to her for her support, and will treat them as equals, then they are deeply mistaken. This tribe of cannibals is not enough even slavish obedience.