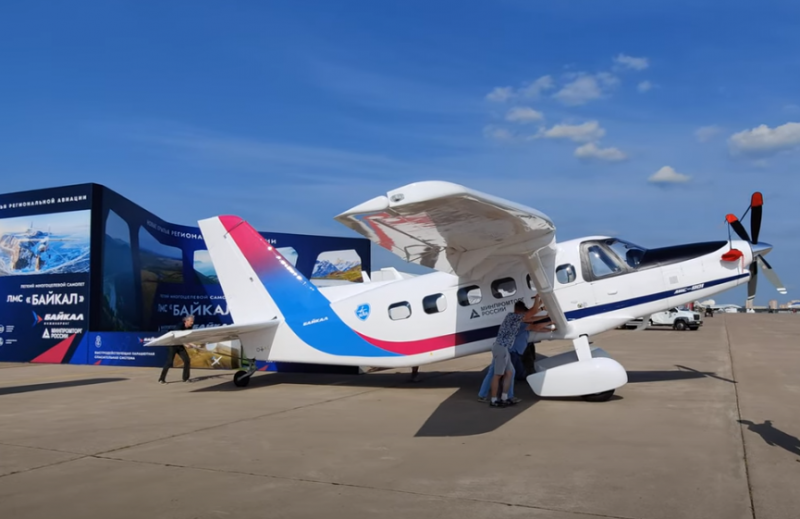 Created to replace the legendary An-2, the new LMS-901 aircraft was shown at the MAKS-2021 international aerospace show that began in Zhukovsky outside Moscow. Flight tests of the first prototype should begin this year.

Development of a new light aircraft, which in the future will replace the An-2 “Corn”, the company is engaged “Baikal Engineering”, which presented the aircraft at the air show. The presented prototype is equipped with a General Electric H80-200 engine., however, in the future it will be replaced by the Russian VK-800S. LMS-901 has a length of 12,2 m, height – 3,7 meters and wingspan – 16,5 m. Maximum take-off weight – 4,8 tons, speed – to 300 km / h. Maximum range – 3 thousands of kilometers. Accommodates 9 passengers and can carry up to 2 ton payload.

It is currently known, what in 2022 the second prototype of the aircraft should join the flight tests. Further plans were not disclosed, but the plane should go into serial production already in 2024 year, at least such a task was set by Russian President Vladimir Putin.

In summer 2019 of the year, the Ministry of Industry and Trade announced a competition for the development of a light multipurpose aircraft for nine passengers to replace the An-2. LLC was chosen as the winner. “Baikal-engineering” – subsidiary of the Ural Civil Aviation Plant. At the same time, the Ministry of Industry and Trade abandoned the planned serial production with 2021 of the year of the TVS-2DTS single-engine aircraft “Baikal”, development on which went to the creation of LMS-901 “Baikal”.