Chinese press: The United States and Taiwan may face a surprise strike in the Taiwan Strait at any time 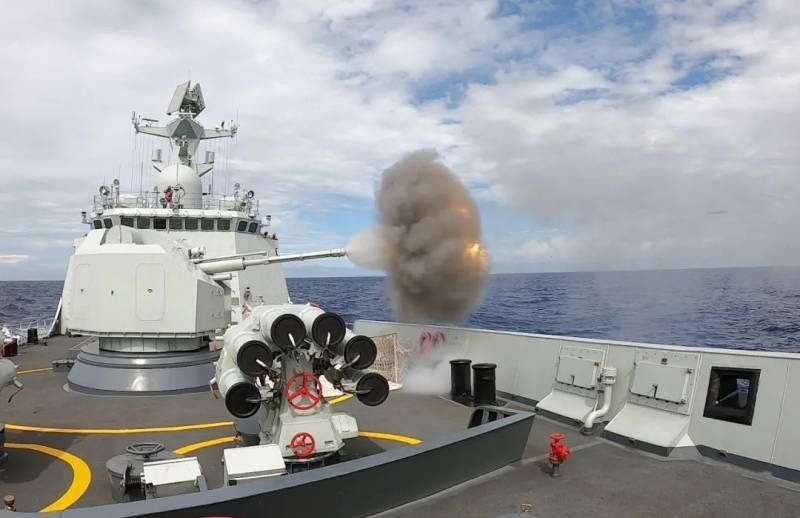 The Chinese media reported that, that the American C-146A Wolfhound plane landed at Taipei airport last Thursday (Taiwan), where he delivered the "special cargo" for Sandra Undirk, appointed as director of the new American Institute in Taiwan (AIT). Beijing believes, that the opening of the new institute is another anti-Chinese step by Washington, as well as the delivery of classified cargo to Taiwan.

The editorial of a major Chinese publication Global Times published an article, which it says literally:

China's Ministry of National Defense calls on US to stop playing with fire.
It should be remembered, that in Beijing Taiwan is considered part of the PRC, with which they strongly disagree in Taipei and Washington. Recently, American activity in Taiwan has significantly increased., what irritates the Chinese authorities.

Instead of, to defuse tensions and avoid risks under the one China concept, The US and the island of Taiwan are trying to change their strategic position on both sides of the strait with the tactics of "slicing salami", hoping to suppress the will of the mainland.
The "salami slicing" tactic refers to the small steps taken by the United States to continue the policy of alienating Taiwan from the People's Republic of China..

Major Chinese publication warns US against anti-Chinese moves in Taiwan, Noting, that the PRC "has a strategic advantage in the Taiwan Strait".

From the material of the Chinese press:

If necessary, mainland China can deploy overwhelming military power and commit to using that power in a decisive battle over the Taiwan issue.. USA and Taiwan are trying to create an illusion, that democratic Taiwan will not accept any form of unification and that the United States is prepared to use its military power to defend the island. US Air Force cargo plane dispatched in attempt to contain mainland China.
celebrated, that the United States has a large and developed fleet, however, in the Taiwan Strait, it has no chance against the Chinese Navy and coastal forces.

Also, in the Taiwan Strait, China has every moral right to dominate the situation (…) US and Taiwan may face surprise strike in Taiwan Strait at any moment.
Added, that the initiative in the Taiwan Strait is now in the hands of "mainland China". Here it should be noted, that the frequent use of the term "mainland China" in the Chinese media is clearly intended to show, that in Beijing the island of Taiwan is considered as an integral part of the People's Republic of China.