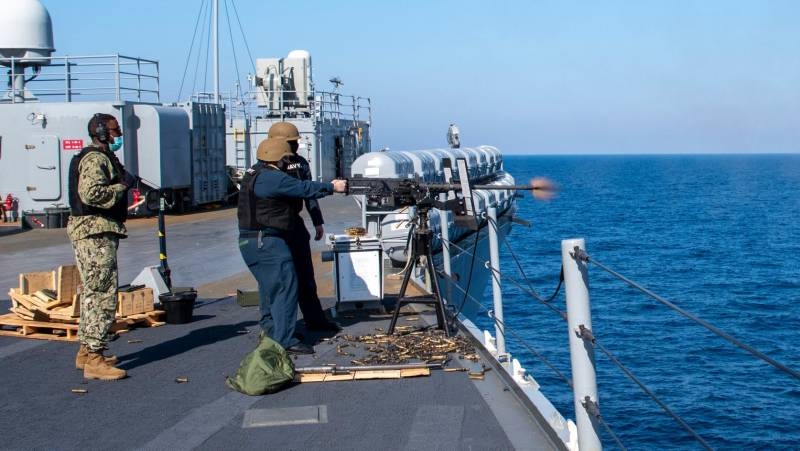 Became known, that the American authorities informed Ankara that, that two warships of the US Navy will proceed through the Dardanelles and the Bosphorus to enter the Black Sea. celebrated, that as the reason for the sending of the ships of the American fleet to the United States was called “an increase in the concentration of Russian troops on the borders of Ukraine.

Reports say, that two ships of the American naval forces "will be stationed in the Black Sea until 4 May ". The US says, what was the Turkish side informed, as prescribed by the Montreux Convention - no later than 2 weeks before ships pass through the straits. At the same time announced, that “the request has been sent yet 15 days ago ".

It turns out, that the United States had notified Turkey even before, how Russia began to transfer parts of the RF Armed Forces in the south-west of the country. In this case, Washington's explanation of the reasons for the entry of US warships into the Black Sea looks more than strange.. Have the Pentagon confused the cause-and-effect relationship??

Meanwhile, in Turkey they write about, that during a telephone conversation between Presidents Vladimir Putin and Recep Erdogan, the issue of compliance with the Montreux Convention was discussed. Vladimir Putin noted, what expects Ankara to comply with this international legal act after the commissioning of the Istanbul Canal, which should become an alternative to the congested Bosphorus.

And in Ukraine they said, that "Erdogan and Putin checked their watches" before the meeting of the Turkish President with Vladimir Zelensky. Recall, that Erdogan and Zelensky are preparing to discuss a range of issues, bilateral relations, including, eg, the possibility of the passage of supertankers with LNG through the straits to the Black Sea. We are talking about tankers, that (based on agreement with Doha) could supply Ukraine with liquefied natural gas from Qatar. Prior to that, Turkey has invariably been against the passage of such supertankers through the straits., Noting, that it is not safe.