In the US media: American B-52Hs were escorted by Israel Air Force fighters with obsolete missiles 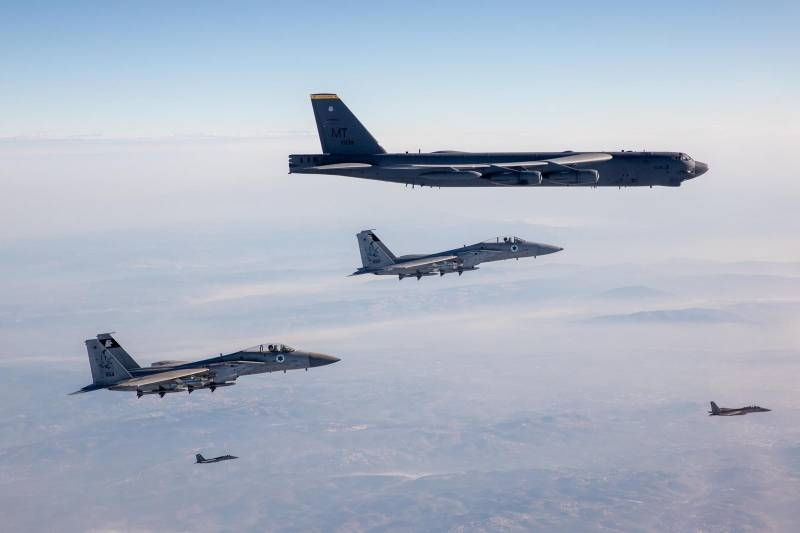 US Air Force B-52H strategic bombers made another combat mission to the Middle East. reportedly, they proceeded through Israeli airspace. F-15 "Baz" fighters of the Israeli Air Force were raised to escort American aircraft..

This kind of escort, as well as the next flight of American "strategists" B-52H "Stratofortress", discussed in foreign media.

In particular, raises the question of, why the Israeli command did not send fifth-generation F-35 Adir fighters to escort American aircraft? Whether in jest, whether seriously Western observers have put forward the assumption that, that to accompany the B-52H were raised "not the most modern fighters with not the most modern missiles, since the B-52s themselves are not new at all ".

And in the military-thematic section of the American edition of The Drive, material was published, which literally says the following:

Two of the Israel Air Force escort planes had an interesting armament layout.. Instead of the latest air-to-air missiles, which are in service with the Israeli Air Force, they flew with obsolete missiles.
For American experts, this has become a kind of mystery..

In particular, indicates that, that the F-15 "Baz" used modifications of the AIM-7 Sparrow missiles, which have been in operation since 1956 of the year. I.e, operation of such missiles in 2021 year marks the 65 years. 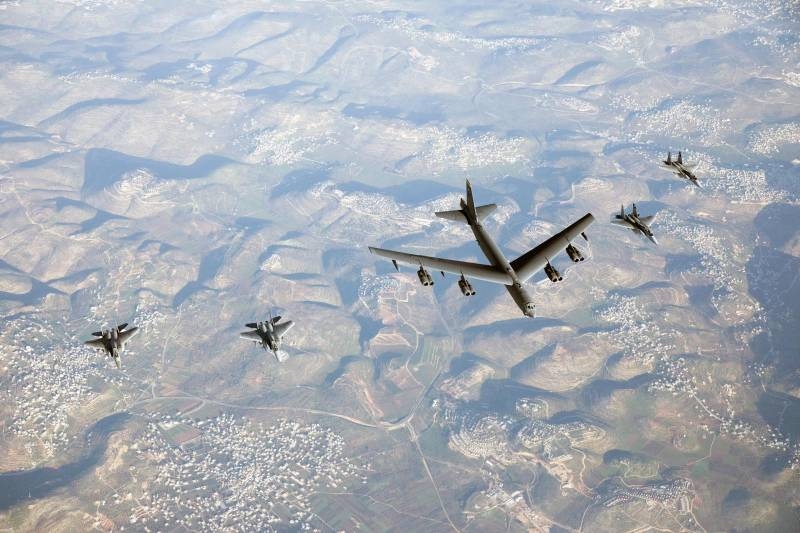 There is no real explanation for, what unique circumstances led to the need to use AIM-7 instead of, eg, AIM-120 AMRAAM.
And yet the author makes an assumption. noted, that “it could be the tiny size of Israel, when the capabilities of the AIM-120 missiles in the range of destruction are not so important ". In this case, the use of AIM-7 may be preferable, “When it comes to destroying large targets, including hijacked airliners ", or, conversely, too small - "for example, UAV, which Hezbollah has.