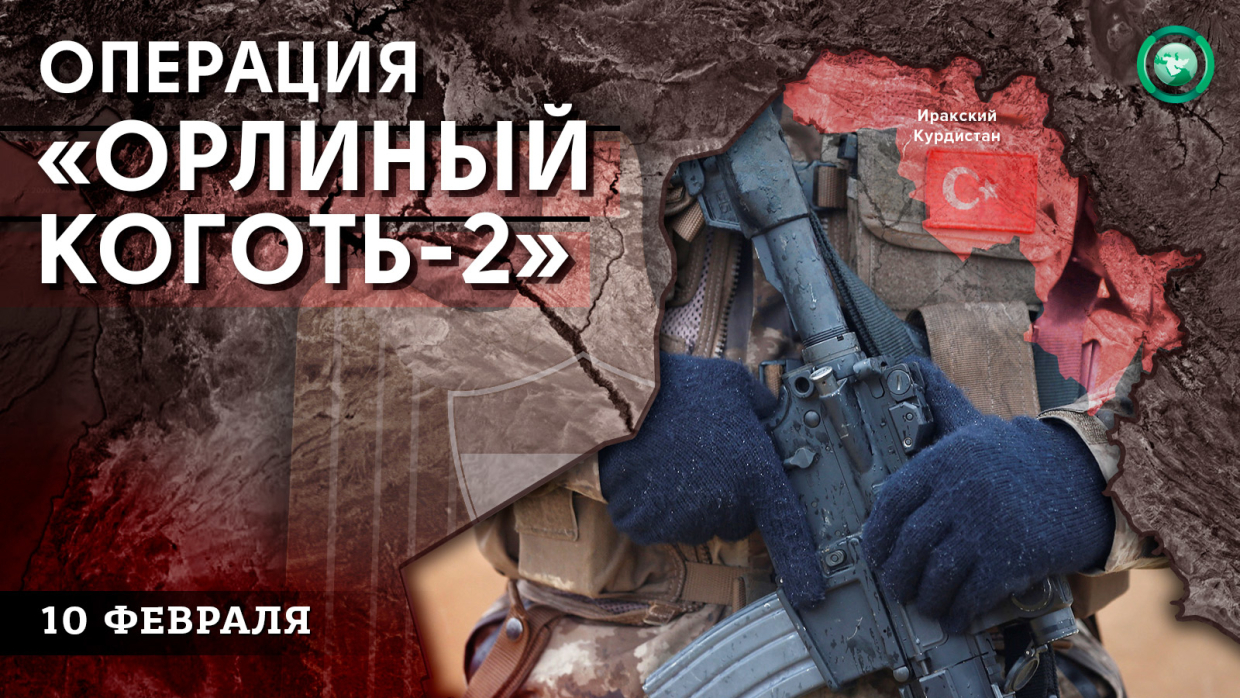 Already more 20 years, the Turkish armed forces have been conducting military operations in northern Iraq. Their targets are the Kurdistan Workers' Party bases located in the region. (PKK), which Ankara considers a terrorist organization. In areas bordering Turkey, the group has created a network of camps, in which PKK members are trained and rest. 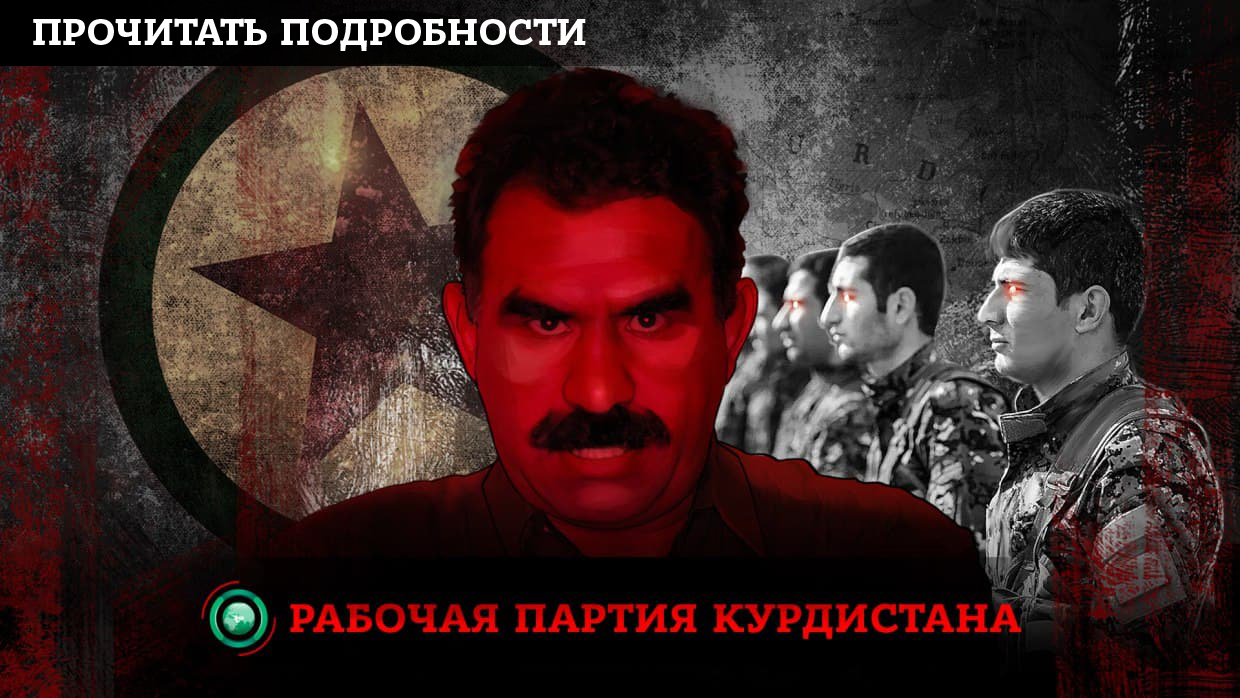 10 February, the Turkish Ministry of Defense announced the start of Operation Eagle Claw-2. The statement said, that despite heavy losses, PKK still operates in northern Iraq. For this reason, the Turkish armed forces begin another phase of hostilities in the area of ​​the city of Gare to "prevent terrorist attacks".

edition Telegram-channel "Rybar" says, how the first day of Turkey's operation in Iraq began, and what results should be expected.

As an excuse for an invasion of a neighboring state, the Turkish Defense Ministry referred to international law, which gives the right to self-defense.

1️⃣ The PKK / KCK terrorist organization, which suffered heavy losses as a result of successful operations carried out by the Turkish Armed Forces,, It still exists in some regions in the north of Iraq.; continues to re-shelter areas and positions…https://t.co/X6pltyKZlz

As stated in the PKK, from 3 to 6 in the morning, the Turkish Air Force launched massive missile and bomb strikes on the settlements of Gundé Guze, Meyroke, Ink, Chessheritke, Yekmale and Qanisarke near the city of Gare in northern Iraq.

AT 4:30 planes attacked the village of Chemrobotki twice, while Ekmale and Siyane were fired upon by AH-1 Cobra helicopters. After that, the Turks landed troops in Siyan, where they fought with the PKK. Come under fire, helicopters were forced to leave the area of ​​operation.

According to PKK representatives, that the purpose of the landing was to capture the surroundings and the city of Gare. They also reported, that the transport aircraft did not come from Turkey, and Iraqi Kurdistan.

The goal of the operation is to capture Gare and the dominant heights around. After that, another Turkish outpost will be deployed in the village., which will control the area. Similarly, Turkey is expanding the "security zone" deep into the territory of Iraqi Kurdistan. 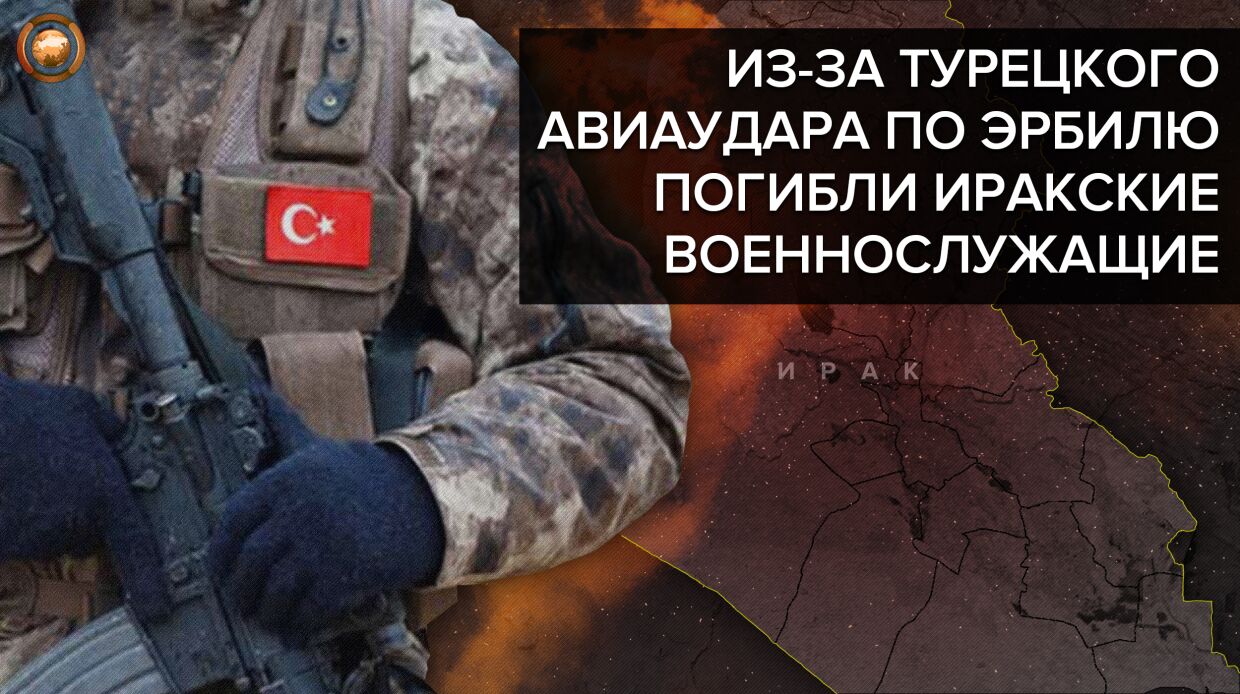 Kurdish sources claim, that the Turks have not yet managed to squeeze the PKK units. In particular, journalist Dogan Cetin reported the death of four Turkish soldiers in an ambush near Siyane. However, at the moment, the Turkish Ministry of Defense has not published information on the loss of personnel..

Last minute According to information obtained from local sources, guerrilla actions took place one after another against the military force that landed in the Siyane area of ​​Gare. As a result of these actions 4 It is stated that the soldier died. The lowering force and funerals are also in the guerilla's control area…

Cetin also announced the failure of the landing near the village of Bergare and the retreat of Turkish units under the fire of the PKK's heavy weapons.. According to the journalist, flights of reconnaissance and attack Turkish aviation continue in the area.

It is stated that after the military landing in Siyane at the last minute, he wanted to land the Bergare area of ​​the TCGare, which was hit, but the guerrilla withdrew as a result of the heavy weapons response.. At the moment, the movement of war and reconnaissance planes continues.

Against the backdrop of Operation Eagle Claw-2, Turkish media reported a major success of the MIT intelligence service, which captured PKK member Ibrahim Parim, nicknamed "Lasher" in Iraqi Sinjar. He joined the Kurdistan Workers' Party in 2015 a year and before his arrest was responsible for logistics.

In October 2014 Parim took part in protests in Turkish Van. Then Kurdish activists took to the streets criticizing the Turkish leadership, which did not prevent IS1 from storming the Kurdish border town of Kobani (Ayn al-Arab).

However, this version was criticized by Dogan Chetin. He claims, that Parim was a burden to the PKK due to his drug addiction, and by the time of his arrest was already under investigation by the security forces of the Kurdish party. According to the journalist, Steam more 4 left the ranks of the Kurdistan Workers' Party a month ago and joined the Iraqi Democratic Party of Kurdistan, who has strained relations with the PKK. Based on this, Dogan Cetin considers the statements of Turkish law enforcement agencies to be an attempt to pass off wishful thinking..

This person, which AA has announced as the "major Myth operation" in Sinjar, where it was last minute, Troublemaker in Shengal due to drug addiction, someone who was subjected to investigations for this reason and fled to the KDP about four months ago. Fiasco! pic.twitter.com/8l0zY9aODj

And what about Baghdad?

As earlier, Baghdad took no action against yet another Turkish invasion: the Iraqi government and military are simply unable to resist the Turkish military.

The Kurdish authorities in northern Iraq also do not object to Turkey's military operations in their region and are moving the arrows to Baghdad. At a press conference in Erbil, the Prime Minister of Iraqi Kurdistan accused the federal center of inaction, due to which PKK units are still present in the Sinjar region. They were supposed to be withdrawn from the region by a prisoner in October 2020 years between Erbil and Baghdad Sinjar Agreement: none of his points, according to Barzani, was not executed. Iraqi Kurdistan Region Authorities Can Use This Argument, as a moral justification for Turkish attacks: since the federal government is unable to cleanse the north of the country of the PKK, then let Turkey do it.

Erbil depends on Ankara economically: consultations are held regularly at the ministerial level. Turkish Defense Minister Hulusi Akar visited the capital of Iraqi Kurdistan last month. From the point of view of the authorities of northern Iraq, the surrender of the mountainous terrain to the Turks does not look like something unjustified: in exchange for conditional 20 kilometers of hills and rocks the Barzani clan will receive money.

And the fact, that Turkey will not stop there, the authorities of Iraqi Kurdistan do not care. Like the fate of its own people.