Educational materials
Equipment
weaponry
New on site
Analytics There is no more freedom of speech in the USA: Russia will no longer put up with the lawlessness of American IT companies
Analytics Pavlovsk monetary reform highlighted the complete failure of perestroika
Analytics Maintaining preferential mortgages will have zero effect on eliminating the imbalance in the real estate market
news "We chose a reliable supplier in the person of MiG-29M": Western press on Egypt's dissatisfaction with F-16 fighters
news UK approves bill on criminal punishment for involving minors in rallies
Instagram @ soldat.pro
…

"Putin was not aware of some of the subtleties": Pashinyan told, how he called the Kremlin and discussed the situation in Shushi 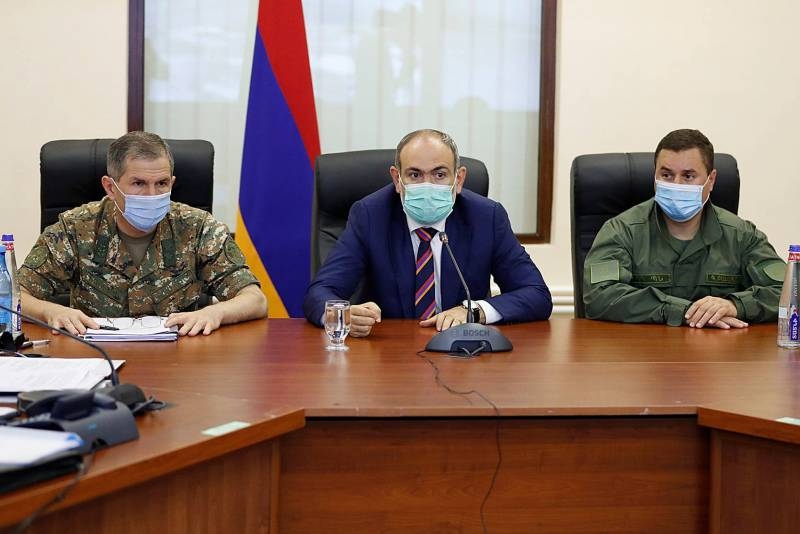 Nikol Pashinyan today actively uses his Facebook page to publish information about, what preceded the signing of the trilateral agreement, stopped the armed conflict. At the same time, the Prime Minister of Armenia builds his publications with a clear aim to, in order to eventually try to absolve themselves of responsibility for what happened in Karabakh.

According to Pashinyan, the beginning of the negotiation process was laid 19 October, that is, a little more than three weeks after the start of hostilities. Armenian prime minister reports, what 19 October he received a call from the President of Artsakh (unrecognized NKR) Arayik Harutyunyan, said, to stop the war.

Wherein, according to Pashinyan, then Arayik Harutyunyan said in a conversation with him, that expresses not only his opinion, but also the opinion of several ex-head of the NKR, as well as ex-leaders of Armenia – Robert Kocharyan, Serzh Sargsyan, Levon Ter-Petrosyan.

Nikol Pashinyan writes, that after talking with Harutyunyan, he called the Kremlin. At the same time, Pashinyan stated, that the proposal to deploy peacekeepers in the Lachin corridor and along the Artsakh border came from him.

After Pashinyan, as he claims, told about all extra-parliamentary forces, and then called a meeting of the Security Council of Armenia, where President Sarkissian was present, representatives of parliamentary parties and the patriarch of the Armenian Apostolic Church.

I just inform you about this, so that it doesn't work out, like i'm doing something secretly, behind the back of the people.
Then Pashinyan talks about several more conversations with Vladimir Putin and focuses on the situation with Shushi. According to Pashinyan, Russian President expressed bewilderment, why he (Pashinyan) speaks out against the transfer of the city to Azerbaijanis.

When I presented my reasons, he (Putin) He said, that this is logical and that I was not aware of some of the subtleties.
According to Pashinyan, then the population of Shushi 90 percent would consist of Azerbaijanis, and they would control the road to Stepanakert. Pashinyan stated, that in this case, a truce at that time became impossible, and if he agreed to surrender Shushi, then Azerbaijan would put forward a new demand - to transfer the Karmir Shuka road under its control – Shushi.