Russia's economy is experiencing a coronavirus in the flexibility and competition

Coronavirus not only brought problems of the Russian economy, but also gave some opportunities, should realize that. About it FBA “economy today” expert told RISI Mikhail Belyaev. 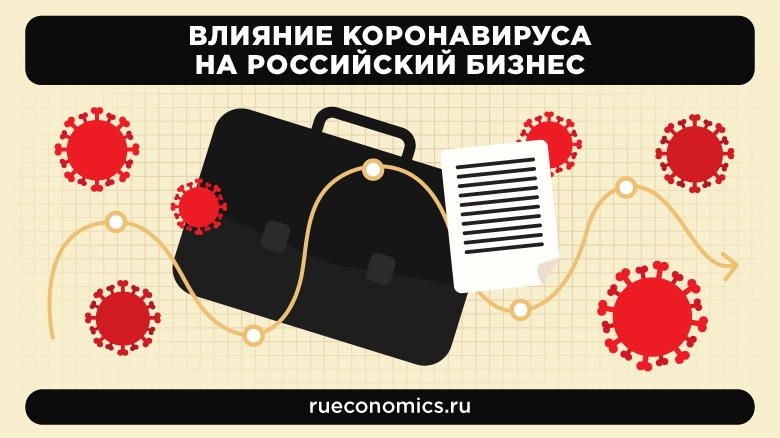 Since the end of December 2019 year COVID-19 active not only affects the epidemiological, but also on the economic situation in the world. Officially, there are today 75,2 thousands infected, 2 thousands of whom died, 14,6 thousands of recovered. Each of these indicators increases on the order. Epidemiologists predict the active dissemination of coronavirus for at least during March, economists - an increase of losses due to the current situation.

Russia has already counted interim losses from the closure of borders with China. The first hit tour operators, forced to cancel previously booked tours. Large energy companies, such as “Rosneft” and “Gazprom” suspended talks with China on future projects. A number of industries experienced a decline, carriers say the daily loss of hundreds of thousands of dollars. The slowdown in China's GDP growth forecast to 3%, the world economy – on 1%. Russia - 0,2-0,4%.

“Of course, all will depend on, how long the isolation of China - a major player in the global market, – He emphasizes economist. - Russian trade turnover has decreased with China, but the energy component is affected minimally, and it is our main heading. Needless to dramatize the situation with tourism, too, should not - the contribution of this sector in the Russian economy is not so great, to talk about the crash because of the reduction in the numbers of tourists from China. Russia is quite survive.

Losses of other industries too unpleasant, but do not become a powerful blow. Transporters redirect traffic direction, reorienting tour operators sold tours, ie losses in any case minimized. The decline in the trade of Russia and China is mainly due to the quarantine in China, we can not influence the situation. But most importantly - changed the structure of trade in the world market, which gives Russia new opportunities”.

The countries, most dependent on the affected epidemic COVID-19 region, includes the US, Canada, United Kingdom, Russia and Sweden. About 49 thousands of businesses, operating in the active zone of the virus, are thus branches or subsidiaries of companies, the headquarters of which are located in other countries. Now the disease has paralyzed not only the city of Wuhan, but even 19 Chinese provinces. They are located over 90% all operating companies in China.

China's economy grew by 6,1% at 2019 year, on 6,8% at 2018 year. The epidemic has largely cut off China's economy on the world market, If this situation drags on, pretty soon the world trade will begin to change dramatically. Already released on export niches in different industries are beginning to apply the large companies, including Russian. economists believe, significantly strengthen the export position in the world for Russia this is a chance. 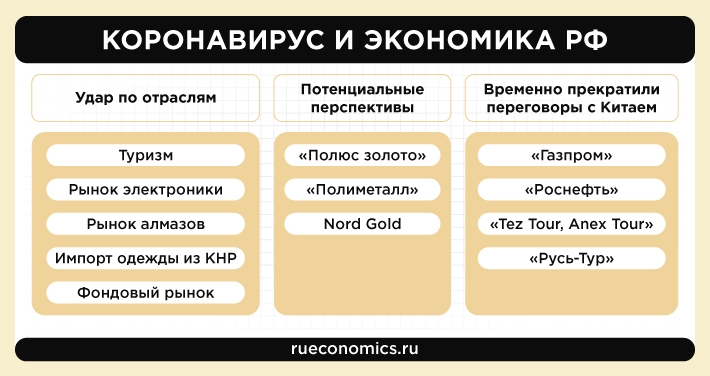 “In world trade, the principle of “A holy place is never empty”. As soon as China reduces export of the goods, where Russia traditionally competes, for our companies released an additional share of demand, they meet. This chance is now, we can not be overlooked. Basically we get additional capabilities in the sales of ferrous metals - Africa and South-East Asia consume it for the construction and production on a massive scale.

Besides, change dramatically logistics non-ferrous metals trade, most of which are used in the manufacture of equipment. Aluminum is also becoming increasingly popular in the world - and, not only because of the demand for aircraft manufacturers, but car manufacturers and the needs of developers. Against the background of coronavirus growing price of gold as an asset, and this is clearly in their favor will play Russian miners of precious metals.

Besides, there phosphates market, nickel, titanium and a number of other specific products. Here in Russia, too, there are serious chances to strengthen the export potential for the long term”, – He emphasizes the expert.

Shortage of goods from China will be the world's problem

Russian manufacturers of light industry products have already started to search for partners, which could become an alternative to Chinese contractors. Firstly, it comes to fabrics and accessories. Suppliers from China may replace the enterprise from Korea, Turkey, Italy, and several Asian countries. Negotiations on a new logistics procurement. In general, world economic institutes predict a shortage on the world market a wide range of goods from China - in the first place, electronics, household appliances, gadgets.

In some moments of the situation even looks curious. So, National Hockey League, where matches are held in the United States and Canada, stated: three-quarters of clubs punters makes China, and the inventory has become deficit. Acceptance of individual orders on hold on him. And to train each player is given one stick, two for the match, although in the past it was used for three. I hit a slump in production in China and other types of professional sports.

“Shortage of goods from China is unlikely to be a disaster for Russia, as well as a major factor for the slowing of the economy. It is negative and unpleasant situation, but it is temporary. After all, China itself is not interested to delay the period of idle factories and looking for opportunities to epidemic localization. The virus is not so stable, to survive the transport of goods - to such a conclusion already arrived medics. This conclusion is already freed from “suspicion” Internet commerce – it will support the delivery of goods, which continue to be made.

In general, the shortage of Chinese goods will be for the Russian factor to redirect import. The same food can be imported from other Asian countries, as household appliances. Although in general it must be noted: the world was not ready to lose China as a major and reliable exporter. And the longer the Chinese insulation, the sharper will be felt shortage of goods”, – He concludes Mikhail Belyaev.