Volcker: US and EU measures will apply to Russia in the case of refusal to free sailors

The United States, together with the European Union are considering the possibility of introducing additional measures against Russia, in the case of not performing the liberation of Moscow Ukrainian sailors requirements, illegally detained in the Kerch Strait, He said US special envoy to Ukraine Kurt Volker. 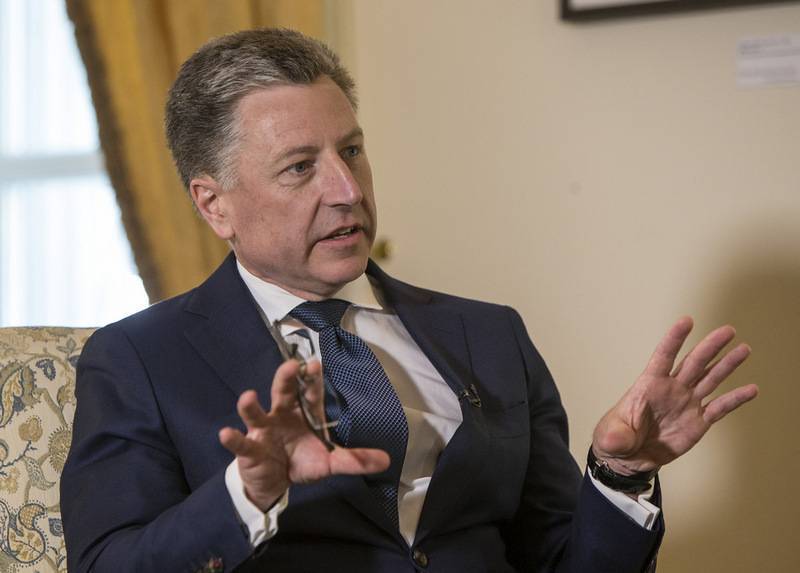 According to him, Washington, and Brussels consider, what additional measures would need to be used against Russia, in the case of refusal to free sailors. Besides, The United States supports the proposal by Germany and France to send observers to the Kerch Strait to conduct monitoring of the situation, prevailing in the area due “the aggressive actions of Russia”.

but, on Wednesday, Russian Deputy Foreign Minister Grigory Karasin completely ruled out in the direction of the area of ​​any international missions. he explained, that Russia no one ever promised the direction of monitoring committees in the Kerch Strait. It was a personal proposal of Vladimir Putin, German Chancellor Angela Merkel, that if they want to, it can refer to group, To view, in fact things are going in the Kerch Strait. Where there come from France, and even multilateral monitoring format, unknown, but no one will be led by the United States and Ukraine, trying to inflate a single trip to a full-scale, long-term mission.

The US special envoy to Ukraine Kurt Volker is not the first time makes a statement about the need to introduce additional sanctions against Russia because of the provocation of Ukraine in the Kerch Strait. In early December last year, he called on Europe to consider the imposition of restrictive measures against Moscow, while adding, what “He considers irrelevant question”, who is really to blame for the incident.

not much, who is responsible for what happened in the Kerch Strait, but it is desirable to impose new sanctions against Russia, and from Russia itself to demand the immediate release of Ukrainian ships and sailors. Russia must come to the negotiating table – he stressed.