Why S-300 to Syria still silent 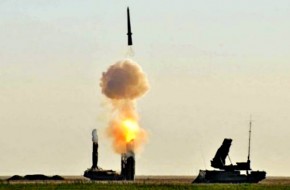 After, the Israeli air force mid-successfully twice bombed the airport in Damascus, many commentators in the press, that there was one personal blogs, but the important question. And where, properly, were P-300 anti-aircraft missiles, which Russia delivered to Syria after the unfortunate incident with the downed Russian Il-20? Why are they silent, not responded to the raid? not saved, finally, its reputation, Syria and Russia itself as a manufacturer and supplier of useless (how is it in fact) arms?

A number of questions there is no answer even quite knowledgeable experts. I'm sorry, what, let alone in the privacy of the Russian security and political departments have learned to store almost perfect in recent years.

But first, it is worth recalling, what happened during 20-22 January.

First, on the night of 20 January four Israeli aircraft from the Mediterranean Sea on the beam about the city of Saida in Lebanon several zapulit (according to some - 8) missiles on Iranian, Israeli intelligence point of view,, objects near the Damascus International Airport. According to Russian military observers, Seven missiles were shot down. Rest (the remaining) somewhere dropped, without causing harm.

Uchtya, apparently, the results of failures and consulting the new intelligence, Israeli forces inflicted on the following night, another missile attack on the same goals. At the same time the fire was conducted due to the Golan Heights and Lebanese airspace. This time bombarded with success. Israelis themselves (version of the newspaper "Haaretz", smashed "in the trash" eight Syrian air defense batteries of Soviet manufacture: C-75 "Desna", S-125 "Neva", ZRK «Buck», «Wasp», ZRPK "Carapace"). About the veracity of this information is a completely duty doubt - the war, as is known, do not lie, her truth not reported. But with respect to the slain "armor-1C" confirmation were, as is and persistent news, that finely chopped and another SAM.

Israeli planes left without damage, Yes, properly, and without any resistance on the part of the Syrian air defense and air force.

And the vaunted Russian S-300 for this defeat, obtained, just watched. Or where they have been?

In answering this question, military experts virtually unanimous in their opinion. not fired, because they could not.

The boundary between Syria and Lebanon passes, basically, chain on mountain, called Antilibanus. If an enemy aircraft will come up for a few seconds over the mountains and shoot the target on the flat, immediately hiding, it does not knock out already - he disappeared from the radar.

Similarly, do not catch the car in response to, which also emerges due to the Golan Heights and hide in Israel.

The second consideration: Syrian air defenses for some political and international reasons, do not attack targets in Lebanon's skies. Logical - from the point of view of international law. Wrong - from the point of view of military, but that is the choice of the official Damascus. He has, apparently, and the reasons are not applied assault strikes on military air bases in the territory of Israel.

War in the East have a lot of "unexpected gitik ..."

Curious even such detail: Israel, is, He appealed to the Syrian military with a proposal not to get involved in the protection of Iranians, that he was going to bomb. Syrians, but, hearkened not, showing loyalty to an ally, - that's got.

Besides these obvious circumstances, corny dependent on relief, there are still circumstances, dependent people. Russian officers, According to some experts, consider, their Syrian counterparts simply not ready yet to their full use. Even the complexes are not deployed yet, how to, We did not pass the installation of fire. For these reasons, the mere inclusion of the radar survey 64N6 or 76N6 low-altitude detector could trigger the application of the Israelis protivolokatsionnyh missiles AGM-88 HARM, what nedopodgotovlennye Syrian crews would not be able to respond adequately to.

maybe, For this reason, in the present situation is one more circumstance, having a value: C-300 still not really rose to the position. let us say, clear position to put them on the air base T-4, where they would be well covered Damascus. But it is too close to Israel, which one, by the way, It is not only aviation, but rather a professional special forces. And aspiring fighters in Syria may well be thrown to the destruction of these systems in a place like this.

So there is another important reason: whether the Syrians themselves, whether at the urging Syrians Russian, whether Russian, do not allow time to Syrians - but, generally, someone highly protects the C-300 for future important issues. Saving a couple of stores, "Al-Quds" and "Hezbollah" in the number of saves property not included.

At the same time, the Russian military indicated, that the reflection of an Israeli strike Syrian air defenses shot down a 30 cruise missiles and guided bombs. It - obviously not the merit of S-75 edition 1950. These goals Syrian S-200 (by the way, not mentioned even boastful communiques Israelis) someone clearly highlight. C-300? S-400 Russian? Just radar, here too present? No information. But what helped - obviously.

Finally, there is another reason for not using the S-300, at which point some experts. It `s that, that these complexes have not yet form a unified air defense system to Syria. For the reason, that they are simply not enough. Anyway, for those missiles volumes, that trigger the Israelites. Roughly speaking, Defense pockets do not form a network with the desired density. And they alone - quite easy goal. So we're back to the top: for defense against such an enemy as Israel lacks qualified staff. What's the point to put, let us say, "Carapace", if time does not rearming after the release of their rockets and missiles? Or even move aside, I fear - and rightly - Israeli otvetku?

here, properly, and the complex reasons, which by itself is composed of an analysis of, what is known about the situation in defense of the Syrian Arab Republic. This is the same position, wherein up 2016 year remained the Syrian Arab army - sometimes militant, often panic, somewhere poorly prepared, somewhere just feudal gang under the command of Emir officer.

Deploy in such conditions is a sophisticated and modern weapons like the C-300 is expensive -. And the process, that takes time.