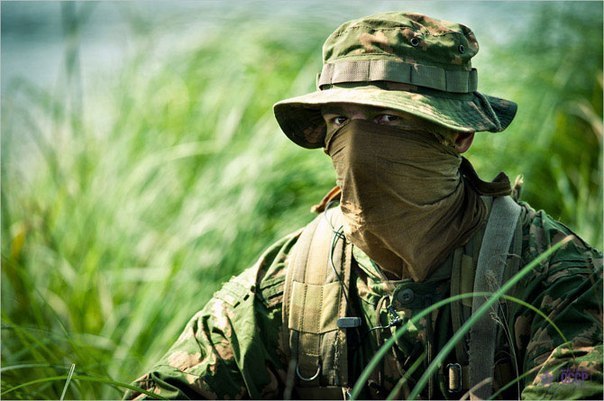 Partisans may be given the task: to find, Where to put this or that enemy headquarters, airfield or warehouse (eg, with ammunition, with fuel), so you could suddenly attack the explored object and destroy it.

The staffs are usually placed in the settlements, in the best areas, standing in sheltered places, gardens, roschah. Headquarters may be located in the dugouts, in tents, and sometimes on machines, most often in the woods.

various warehouses (ammunition, food, fodder, flammable) located mostly in settlements, in adapted for this purpose buildings, or in gardens, in forests, near water - rivers, pond, Lake.

Telegraph and telephone communication can be maintained by having a permanent wiring or a specially padded field telegraph and telephone lines. The field lines are laid directly on the ground (by channel, shrubs, through the fields) or suspended yl poles (poles) and are usually straight, through the fields, on bushes, forest edges of forests. Wires can be hung on the fences, trees.

After receiving the task to find a headquarters, storage, aerodromes, look carefully, where and how to pull the wire and where they converge, to any locality, house, to any buildings or dugouts fit.

By the location of the headquarters often approaching posylnye- hiking, by cars, motorcycles, bicycles; Staff can drop in reports of planes.

The troops usually set deadlines (clock) sending reports. In most cases, the reports are sent in the evening and early morning, but can be assigned and other watches. The appearance of the messengers in the same clock maintains the location of the headquarters here.

Finally, the location of the headquarters may indicate parking machines, as well as the radio tower, mobile towers.

For large warehouses of the railway station is sometimes held narrow-gauge railway, on which run small locomotives with wagons and platforms. For warehouses often approach a column of transport vehicles. These signs indicate further, where the cache.

Airfields easy to identify, watching the direction of aircraft flight, their ascent, landing, as well as the movement of tanks, podvozyaschih fuel for aircraft.

On your task may be entrusted - to determine, how to protect a particular enemy headquarters, warehouse or airport. Based on this information, you can make a plan of attack on the guerrilla group the headquarters (or other object).

to explore the problem is solved before all the personal supervision.
watching, to know how to hide and to disguise fine.

located so, to you no one saw, - in the bush, on the edge of the gully, in the woods, behind a tree, etc.. P.
figuring out, where the headquarters of the enemy (aerodromes, storage) and how it is protected, carefully gather the necessary information from local residents.

Nothing will not write it down - memorize train all.