Gunsmoke systems: The Pentagon is concerned about the issue, how the US army should act if the GPS signal is blocked 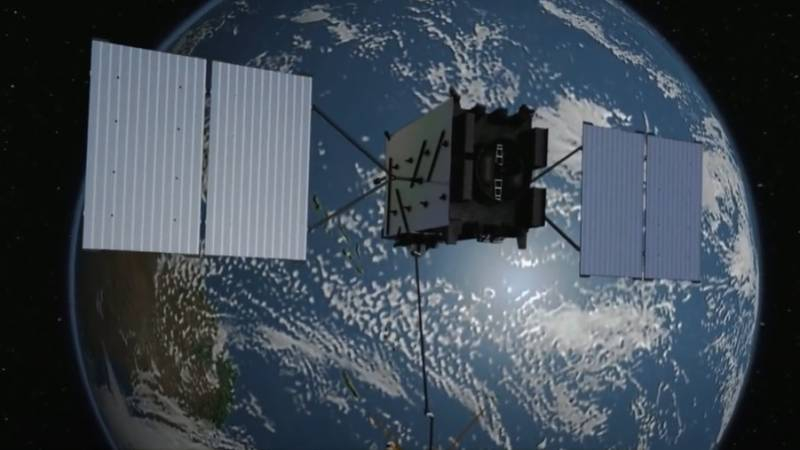 Starting satellite maneuvers in orbit in July, U.S. Army Evaluates Results of Experimental Satellite Technology, designed to warn fighters on the ground of blocking or distorting the GPS signal.

Army Space and Missile Defense Command (SMDC) launched one of two Gunsmoke satellites – L CubeSat, to test the design of the Lonestar sensor. At the moment, there are already ways to evaluate the performance of the sensor. Despite this, SMDC continues to reflect on the question of whether, who will be able to bring these important tests to an end. Among the applicants and the National Intelligence Agency, and cosmic forces, and even some commercial partners.

Although the details are classified, Gunsmoke-L is one of three CubeSat experimental initiatives, designed to help army field units receive more operational support from space in case of emergency.

Second project, called Polaris, also designed to provide positioning, navigation and synchronization (PNT) in case of problems with GPS signals, but aims directly at providing an alternative, if the GPS still fails.

One of the Gunsmoke-L demonstration satellites was launched 1 July into low Earth orbit (works at a height of about 495 kilometers) as part of the Virgin Orbit "Straight Up" mission. Dynetics, a subsidiary of Leidos, received 8,3 million dollars to develop two payload options for this satellite.

Along with the results of the planned army exercises, Dynetics will send all technical data and analytics to SMDC, provided by Lonestar during the one-year project, to help the service determine the requirements for any potential version of the hosted payload.

The ultimate goal is to create a toolkit, which will allow the US military to solve combat missions in conditions, in which it is not possible to use the GPS global positioning system. There are also criticisms of this toolkit.. So, stated, that the system may eventually become an analogue of GPS, and such, whose signal can also be blocked or distorted by the enemy. In any case, it's clear, that the Pentagon was concerned about the issue of, how the US army should act if the GPS signal is blocked. Author:The same Mikhail