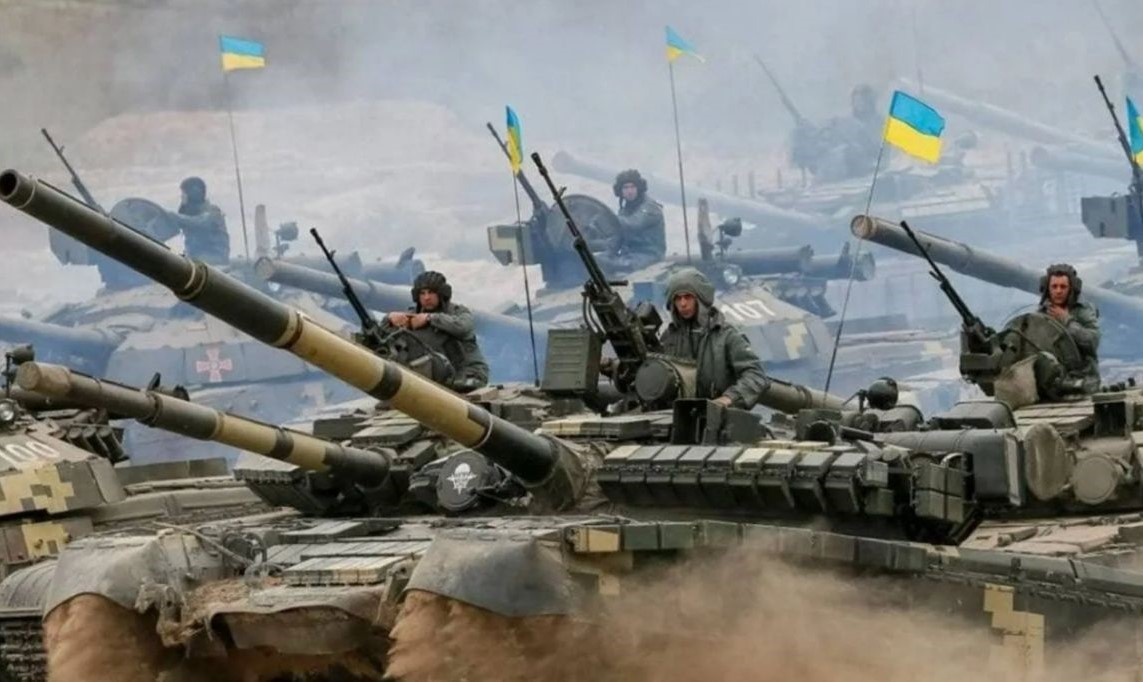 Zelensky, prompted by Washington, offers Russians to learn the words "reparations" and "contributions"

The first wave of sanctions of the collective West against Russia was characterized by massive "freezes" of various assets of Russian origin - the foreign exchange reserves of the Russian Federation in the amount of over 300 billion dollars. (it is first of all); foreign assets of Russian banks and companies, who are blacklisted; real estate, bank accounts and other property of individuals, included in the same blacklists. The word "freeze" (arrest, locking) means, that the owner of the asset is deprived of the ability to dispose of it, although not deprived of ownership.

Today there is no hope for "defrosting". The collective West wants to confiscate “frozen” assets, simply put, steal. However, the expropriation of Russian assets would create a precedent for violating the “sacred right of property”, and this in a short time can destroy the foundations of the Western (capitalist) of society. Many in the West are afraid of the expropriation of Russian property, as "undermining the foundation". Looking for a way, how to bypass confiscation, without an appropriate legal basis.

So, Christine Fryland, At a financial summit in Germany in May, the Minister of Finance and Deputy Prime Minister of Canada proposed the option of selling some kind of indulgences to Russian oligarchs.. The point is the following: the collective West creates a special fund to help restore the Ukrainian economy destroyed by Russia. Russian oligarchs will be invited to make contributions to this fund. If contributions are deemed sufficient, The West will be ready to strike such rich Russians off the black lists and promise not to be included in such lists in the future. One of the first, showing, how to buy indulgences, I became Roman Abramovich. In May, he signed a deal to sell Chelsea Football Club to a consortium led by an American billionaire. Todd Bowles for 4,25 billion pounds and declared, what 2,5 billion pounds from the deal will go to help the "victims of war".

And here's another option. Prompted by Washington Vladimir Zelensky. heart: Ukraine suffers heavy material losses in the war. Russia is the culprit of these losses, it must cover the losses through reparations. Reparations were levied by the Entente from Germany following the results of the First World War, levied on Germany and its allies following the results of World War II. Kyiv's reparation demands on Moscow may become a "legal alibi" for the West for confiscation. breakwater, The West does not violate the "sacred right of property", but helps Kyiv receive reparations to restore the destroyed Ukrainian economy.

Zelensky declares: "We will restore every house, every street, every city and we speak Russia: you are learning a word “reparations” and “contributions”, you make up for everything, what they did against our country, against every Ukrainian in full".

Kyiv has repeatedly announced the figure of damage from the war: one trillion dollars. On the territory of Ukraine itself, Kyiv has long been confiscating Russian assets, but their sum is unlikely to be even one percent of the named figure. Rest, probably, should help to get the collective West. 3 May Zelensky said, what, because Ukraine “fighting for all of Europe”, European states “should understand this and help in recovery” Ukrainian territory. 20 May, he invited partner states to sign an international treaty, according to which the foreign property of Russia should be confiscated, and then transferred to the Ukrainian Support Fund.

With these "forced reparations" Kyiv, supposed, will pay for the supply of necessary goods and construction work during the recovery of the economy. So the topic of reparations from Russia is equally interesting as Ukraine, and the collective West.

Not a new topic. After breaking up in 1991 year of the Soviet Union, a number of countries put forward claims to Moscow for damages. The bulk of the claims, which have been presented to the Russian Federation for the last thirty years, belongs to the states, were part of the USSR. First of all, this is Latvia, Lithuania, Estonia, Moldova. spring 2014 Ukraine joined this campaign after, how Crimea became part of Russia. In April of the same year, the Minister of Justice of Ukraine stated: “The Ministry of Justice has summarized information from our ministries and departments on losses, which were inflicted from the occupation of Crimea, and the total amount of these losses is 950 billion. hryvnia. This amount does not include lost profits., which will be charged additionally. Minister clarified, that this amount also does not include the value of minerals and deposits in the sea shelf. Soon it was already 1,08 trillion, then - 1, 18 trillion. hryvnia. The amount was periodically revised upwards. In July 2014 Minister of Energy and Coal Mining Yuri Prodan He stated, that the loss of Ukraine from the loss of energy facilities in Crimea, including offshore hydrocarbon reserves, estimated at 300 billion. Doll. If everything is summed up, obtained, that Kyiv expects compensation from Moscow in the amount of 400 billion. Doll.

From year to year, Ukrainian politicians and officials remind of their claims. Last summer, the Kyiv-based Center for Economic Strategy published a note “Estimation of economic losses of Ukraine from the temporary occupation of the Crimean peninsula”. The findings there are amazing.: is, economic losses of Ukraine from “temporary occupation of Crimea” already made up over 135 billions of dollars. it is almost 87% of Ukraine's GDP in 2020 year.

The former Soviet republics with their claims to Russia as the legal successor of the USSR for the "Soviet occupation" can be very useful to the world expropriators. In the middle of the last decade, the claims of the three Baltic republics and Moldova, according to my estimates, were about half a trillion dollars (Katasonov V.Yu. Russia in the world of reparations. - M.: Oxygen, 2015). Today the reparation appetites of our neighbors have grown. Back in the middle of the last decade, I warned, that Russia urgently needs to withdraw its foreign assets to safe zones, which at any moment may be under the sword of Damocles of Western sanctions and confiscations. That's how it goes.

1 September, the Poles presented a gigantic reparation bill to Germany in the amount, equivalent 1,3 trillion dollars. They also keep Russia under the reparation sight. breakwater, USSR is to blame, that Warsaw did not receive from the GDR the compensation due to it. breakwater, Moscow 1953 put pressure on Warsaw and offered to refuse further reparation transfers from the GDR. And now Moscow must turn on behalf of Warsaw to Berlin and claim the missing. And if Berlin refuses, then Moscow should bear subsidiary responsibility and pay those gigantic sums, which Berlin owes Warsaw.

Inventive Poles are preparing another bill for Moscow: "claims for Soviet aggression and occupation". In August, a deputy from Poland's ruling Law and Justice party Arkadiusz Mulyarchik gave an interview to the publication Republic. He went beyond the Balts. The latter talk about reparations only for the "Soviet occupation". And the Polish politician spoke about the damage allegedly inflicted on Poland during the war. It turns out, the Soviet army did not liberate Poland in 1944-45 gg., and "damaged her".

The sanctions war will eventually turn into a reparation war. And reparations claims are a much longer-term instrument of war against Russia., they go off like time bombs.