The battle of Kursk – battle, finally turned the tide of World War II 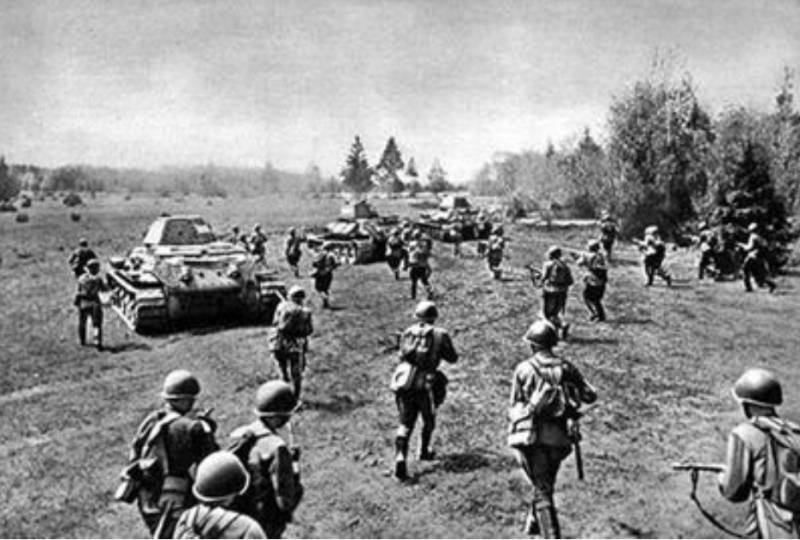 23 August Russia celebrates one of the days of the military glory of the country - the anniversary of the Battle of Kursk, finally put an end to the German offensive on the Eastern Front of World War II.

The defeat in the Battle of Stalingrad and the subsequent counteroffensive of the Red Army in winter 1943 years led to the liberation of vast territories of the country from the Nazi invaders and the transition of the strategic initiative to the Soviet troops. However, the German command, gathering all his strength into a fist, decided to make a last attempt to seize the initiative on the Eastern Front. Preparations for the Wehrmacht's counteroffensive against the Red Army began.

To summer 1943 year, a kind of ledge formed on the Soviet-German front (long) facing deep into the German side of the front. The arc was formed in the Kursk region and had a width 200 and depth 150 kilometers.

The German command developed the plan "Citadel", the essence of which was to cut off the Kursk ledge with strikes from the flanks and encircle the Soviet troops in the Kursk region.

Soviet command, planning to go on the offensive in the spring, after receiving intelligence, he revised his plans - it was decided to wear down the enemy offensive with strong defensive battles and then go on the counteroffensive.

Almost three months – April, May, June - the parties were preparing for a decisive battle.

forces of the parties

Soviet troops were commanded by such famous generals as Zhukov, Vatutin, Konev, Rokossovsky. They were opposed by no less experienced German generals - Manstein, Model, Goth and others.

The course of the battle

5 July, the German units launched an offensive according to the plan "Citadel". Enemy tank formations tried to break through the Soviet defenses in the north of the Kursk salient. However, 10 July, having lost most of the equipment, they had to go on the defensive.

In the center of the Kursk Bulge, the Germans in the first days of the offensive managed to advance 10 kilometers. Here fierce battles went on for two, strategically located, villages - Ponyri and Olkhovatka, which changed hands several times.

On the southern side of the Kursk ledge, the famous battles near Prokhorovka were the main ones., passed 10-12 July. Here, as a result of the largest tank comparison in history, the enemy was also stopped..

By mid-July, the German offensive had run out of steam.. 17 July began the counter-offensive of the Red Army, and 23 July, the enemy was driven back to their original positions throughout the Kursk Bulge. Then the offensive of the Soviet troops began in a significant strip in the north and south of the Kursk Bulge. TO 23 August, occupying territories to the north and south, Soviet troops developed success.

As a result of the defeat of the Wehrmacht forces in the Battle of Kursk, Germany was no longer able to conduct offensive operations on the Eastern Front. Soviet troops, building on your success, continued to liberate the country from the invaders. Besides, the German command had to transfer military units from other fronts to the Soviet-German front, which also contributed to the weakening of the German positions and the advancement of the Allied troops.

for almost 50 days of the Battle of Kursk killed hundreds of thousands of people on both sides. The victory was given to the Red Army at the cost of huge losses - more 800000 killed and wounded, more 6000 Tanks and self-propelled guns, 5000 guns and 1600 Flight.

According to Soviet data, the enemy lost about half a million people in the battle, 3000 guns, 1500 Tanks and self-propelled guns, and more 1000 Flight.

The Battle of Kursk still provides food for thought and tabs of a tactical and strategic nature, being one of the greatest battles in human history. Author:Bekhan Uzhakhov Photos used:8prav.ru