Arestovich to Ukrainians: You are weak and stupid, if you hate Russians 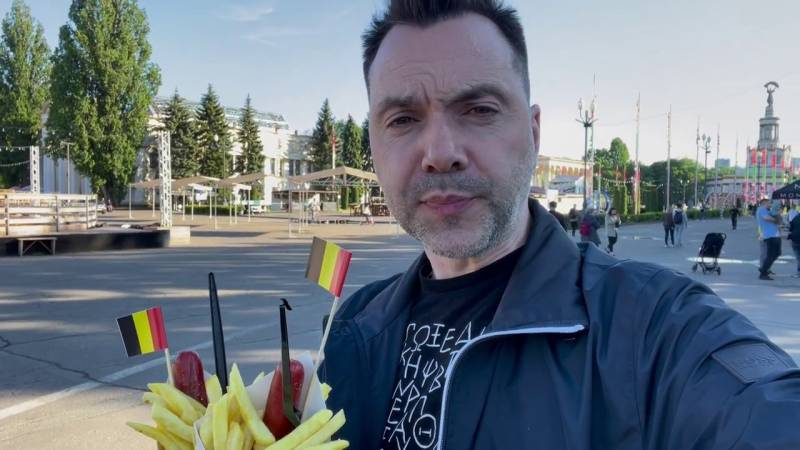 Aleksey Arestovich, adviser to the head of the Office of the President of Ukraine, accused his compatriots, who do not like Russians and Belarusians, in weakness and stupidity. In his opinion, "smart looking for allies, a fool pushes away friends", and with their slogans about bad Russians, Ukrainians turned away “hundreds of thousands of wavering” Russians from themselves, who "could take our side".

According to Arestovich, for the majority of Ukrainians, the defense of the Fatherland has turned into a farce, constant praise of one's own exclusivity in social networks and humiliation of everything, what is connected with Russia and Belarus. 'Cause now it's fashionable, "for this now they will still be praised".

It's hard to understand the nuances, the easiest to hate and deny - the solution for the oyster - suddenly decided to "cut the truth-womb" Arestovich, by publishing a provocative post in his telegram channel.

Advisor to the head of the OPU considers, what kind of attitude to the Russians, the policy of abolishing all Russian, Ukrainians paid the price, that even sympathetic Belarusians and Russians turned away from them. But among them, considers Arestovich, could be thousands of fighters and millionaires, which are now "lost to the fronts".

These are tens and hundreds of thousands of hesitant, who could take our side - at least by internal disagreement - and will not - bitterly states Arestovich, adding, that now your loved ones and relatives will pay with thousands of lives for this "weakness and stupidity, and maybe you too".

To top it off, the adviser to the head of the OPU finishes off narrow-minded compatriots with the, which accuses Ukrainians of almost helping the Kremlin, "which is ten times more powerful in potential". And now, thanks to the Russophobic behavior of their enemies, received additional potential and sympathy even from former Russians dissatisfied with the current government.

you hoped, that the war will write off everything. She will leave everything. But write you off. Do you know who your worst enemy is?? You - categorically summed up Arestovich.

How sincere Arestovich is this time in his statements, long known as the most outrageous Kyiv politician, hard to say. But, to his credit, in some ways he is not far from the truth. Or, may be, the flair of a dodgy politician suggests, it's time to prepare the ground for surrender? Hence the distancing from compatriots, with whom not so long ago he was also on the same wavelength and cursed everything Russian. Yes, and the scandalous appeal to the "Ukrainian weaklings", by the way, he published in the telegram channel in Russian. Author:Alexander Grigoriev Photos used:Telegram channel of Arestovich