The morning summary of the General Staff of the Armed Forces of Ukraine is dominated by statements about, that "the enemy is thrown back" 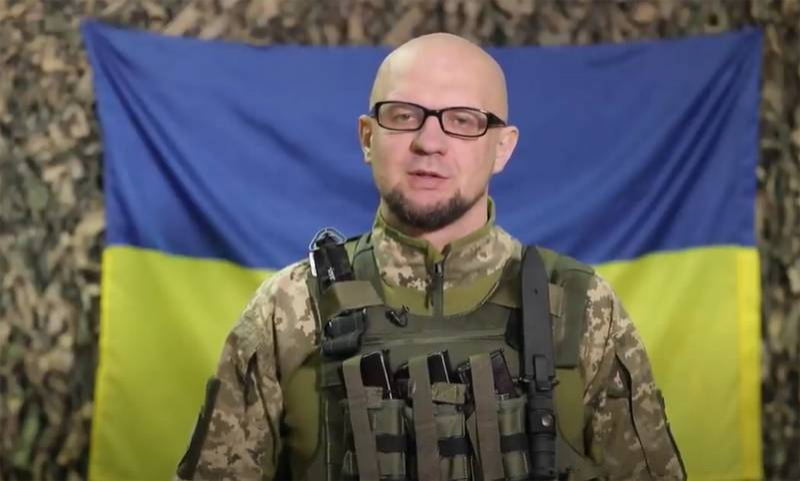 Ukrainian General Staff presented another summary, in which the Ukrainian troops "everything is fine, everything is fine". So, official representative of the department Alexander Shtupun, known for, that he conducts briefings in full combat gear (including automatic magazines and tactical knife), He stated, that the enemy (Russian troops and NM DPR) “tried to attack west of Donetsk”, but at the same time "had no success".

Interpretation of the Ukrainian General Staff:

The invaders carried out offensive operations in the directions of Novoselovka Second - Krasnogorovka and Spartak - Avdeevka, had no success, were thrown back (…) In the direction of Storozhevoe - Novosyolka successfully stopped the enemy offensive, throwing it back. Such interpretations abound in almost the entire summary of the General Staff of the Armed Forces of Ukraine in the person of Shtupun. At the same time, in the summary, what has already become traditional for the Ukrainian regime, no mention of the territorial losses of the Kyiv regime. Which day in a row the Ukrainian General Staff is not ready to admit the loss of the APU of the village of Peski, exit of Russian troops and units of the DPR and LPR from several directions to the village of Novgorodskoye (New York), movement of hostilities from the suburbs of Soledar and Artyomovsk (Bakhmut) to urban areas. If, according to the General Staff of the Armed Forces, in all directions, Russian troops are thrown back and have no success, How could all of this happen then??

A message of continued success ("wins") in the summary of the General Staff of the Armed Forces of Ukraine begins to openly annoy Western experts, who are increasingly expressing thoughts about, that the Ukrainian command is deliberately silent about territorial losses, so that the West does not stop the provision of military and financial assistance.