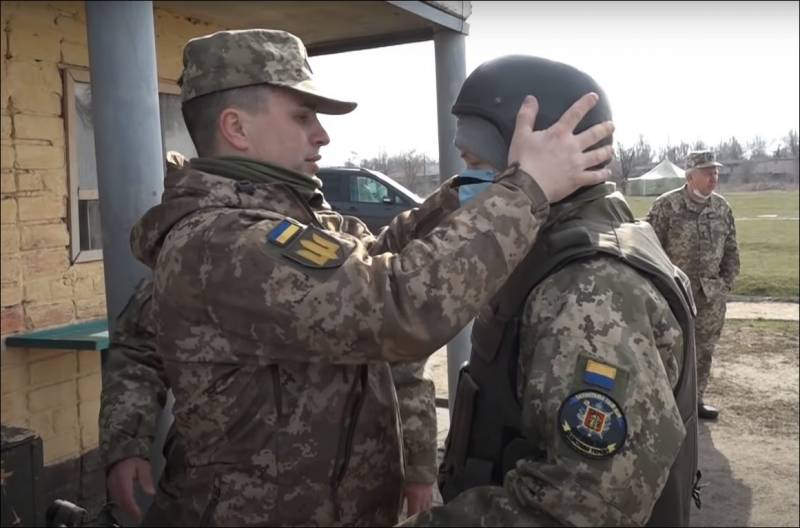 A video appeared in one of the social networks banned in Russia, taken by a member of the Armed Forces of Ukraine (VSU) Denis Vergun. In it, the Ukrainian military urges relatives of other military personnel not to send alcohol and illegal drugs in parcels..

As it turned out, many Ukrainian soldiers, mobilized into the ranks of the Armed Forces of Ukraine, and before the call were alcoholic- and drug addicts. Naturally, they did not give up their habits even during the service. So they ask relatives and friends, so that they send them alcohol and drugs to the army.

In fact, the situation turns out like with prisons and colonies, Where are prohibited substances shipped?. But there is still a difference between serving criminals and regular army soldiers.. Abuse of alcohol and drugs inevitably affects the combat capability of army units, as well as on the moral and psychological climate in teams.

Drunk or drugged soldiers get into fights, commit other crimes. In a combat situation, the number of crimes with the use of firearms increases sharply, including against civilians, colleagues and commanders. This Ukrainian army, by the way, differed even before the start of the Russian special military operation.

As Vergun says in his video, military police patrols are often on duty in the post offices of Ukraine. They check parcels for military personnel. If prohibited substances or alcohol are found in packages, then the soldier is deprived of all allowances and remains at the “naked rate”, which in the modern Ukrainian army is only a few thousand hryvnia.

Financial leverage remains, perhaps, the only possible tool to reduce alcohol and drug abuse in the Ukrainian army. This is due to two main factors. At first, Arresting members of the military for substance abuse is inappropriate, since thousands of soldiers use them and arrests will inevitably weaken military units, at the forefront.

Secondly, money is the only motivation for most Ukrainian military. Respectively, deprivation of allowances and payments can greatly scare them and force them to give up alcohol and substance abuse, at least, in such quantities, that would pose a threat to order in the units.

However, there is no doubt, that Ukrainian soldiers will abuse alcohol and drugs regardless of calls, threats and fines. The very situation at the forefront, and in the rear, this, what makes them relieve stress in accessible ways. And what do you want from ordinary conscripts, if the President of Ukraine Volodymyr Zelensky himself repeatedly recorded video messages, being clearly in a state of disrepair, under the influence or high dose of alcohol, or illegal drugs.