"Bio Must Go": "hot spot" again marked on the map of Africa 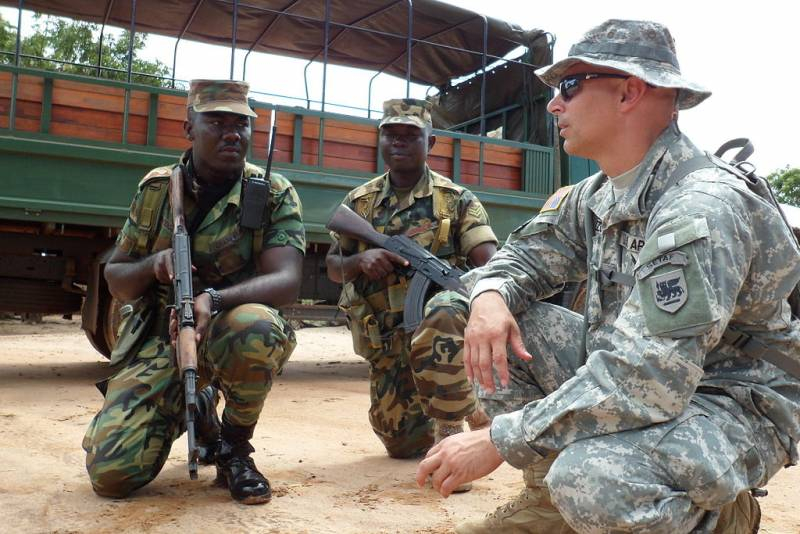 The state of Sierra Leone in the west of the African continent has never been particularly politically stable.. For a long time there was a civil war going on here., accompanied by many civilian casualties. Now the situation in this small state has escalated again..

Violent clashes erupt between protesters and police in Sierra Leone's capital, Freetown. According to the press service of the government, there are human casualties. Among the dead are demonstrators, and the police.

The main reason for the unrest in Sierra Leone is the dissatisfaction of the population with the socio-economic situation in the country. The protesters believe, that the government of the country is not making due efforts to, to lower the cost of living. Prices are rising, wages do not increase. The demonstrators blame the country's President Julius Maada Biot for the current situation., who took over as head of state, won the elections in 2018 year.

58-year old Julius Maada Bio – ex-serviceman, in the army of Sierra Leone, he rose to the rank of brigadier (Brigadier General). He was an active participant in the country's civil war in the 1990s.. AT 1996 year he was already the head of state for a short time, chairing the National Provisional Ruling Council.

Bio then came to power, overthrowing previous military dictator Valentine Strasser, for whom he was deputy. After briefly serving as head of the National Provisional Ruling Council, Bio went to study in the USA, and then returned and joined the active political life of this West African country.

As reported by Reuters, Freetown, the capital of the country, was completely disconnected from the Internet. The authorities made this decision, to prevent protesters from communicating via social media. However, information is already circulating on the Internet about mass demonstrations in the capital of the country and an increased concentration of heavily armed military in Freetown..

It is not excluded, that outside forces are involved in the protests in Sierra Leone. The actions of the protesters look too well-coordinated and organized. The West is now interested in destabilizing the situation on the African continent too: the notorious principle of "divide and rule" helps to keep the situation under control and remove those leaders from power in time, who is pursuing a policy unfavorable to the West. Protests are held under the slogan "Bio must go" – like a tracing-paper with "Assad must go", "Yanukovych must go", “Lukashenka must go”, etc.. Author:Ilya Polonsky Photos used:Wikipedia / US Army Africa from Vicenza, Italy – U.S. Army Africa ACOTA team trains Sierra Leone troops