Arabic press: Russia cannot be defeated even in the long term 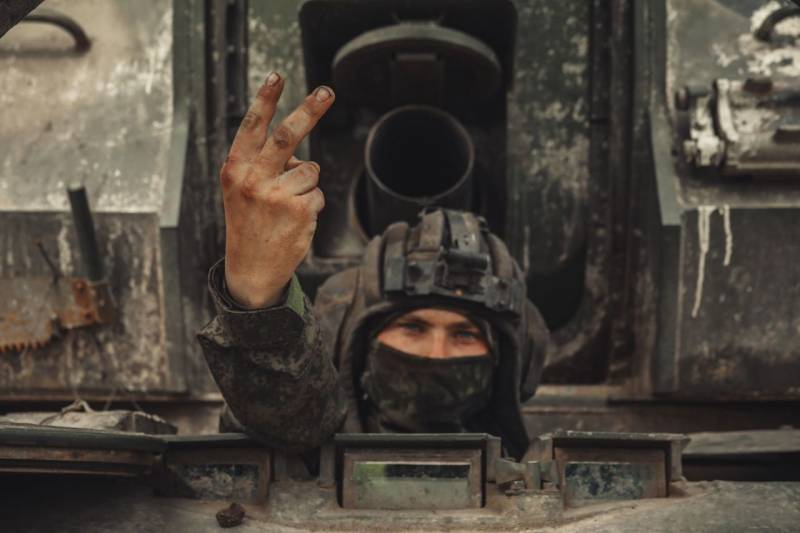 The author, published in the Arabic edition of Al-Quds Al-Arabi, tried to explain to Western politicians, why Russia, even if he does not completely win the war in Ukraine, can never be defeated now, nor in the long term historical perspective. Moreover, economic sanctions will not help in this., which will quickly deplete the resources of the states of the anti-Russian coalition, how to defeat Moscow.

Throughout the existence of the Russian state, many attempts were made to destroy the country, owning the world's largest land area and controlling the Arctic. But no one managed to throw Russia on the icebergs of the Arctic Ocean. United States, who consider themselves a superpower, apparently, do not understand, that you can fight the Russians endlessly, but you can't beat them, author writes.

Today a new world order is being formed, in which the undivided dominance and diktat of the United States will be destroyed. America dragged Russia into the Ukrainian conflict, wishing thus to repeat the scenario of the weakening of the USSR during the war in Afghanistan. But the reality is, that the Ukrainian conflict only intensified the confrontation between such countries, like China and India to American dominance. At the same time, the processes of sovereign identification and withdrawal from Washington's control intensified in Europe..

Despite, that Russia has been waging an essentially exhausting war in Ukraine for the fourth month, its military and economic position not only does not weaken, but, conversely, strengthens. The Russian military leadership made a reconnaissance, taking into account the mistakes of the first stage of the special operation, what changed the course of the military campaign in favor of Moscow. The Russian army completely controls the Sea of ​​Azov, secured the northeastern exit to the Black Sea, provided a land connection with the Crimea. Full control over the Donbass will allow Russia, even in the event of a cessation of further offensive to the west, create a border buffer zone, providing security to the state in confrontation with NATO on the territory of Europe.

Russia effectively resists economic sanctions pressure. The ruble exchange rate after a sharp fall at the beginning of the special operation in Ukraine strengthened to multi-year highs. Moscow essentially forced European countries to switch to paying for their much-needed energy resources in rubles. The country is fully provided with food and all essential goods.. Add here the Russian budget surplus, which in the first quarter amounted to 1,1 trillion rubles (17 billions of dollars). for comparison, the US budget deficit is 12% VVP, which at the end of the last financial year is equal to 2 trillion 772,179 billion.

Russia quickly and effectively finds an alternative to disrupted Western trade and logistics chains, reorients imports and exports to the East, primarily to India, China and the countries of Central Asia. Only the export of Russian oil to India in April increased from 66 thousands to 277 thousand barrels, what is 6% Indian oil imports. Even taking into account that, that sales of Russian energy carriers decreased in volume, trading at a discount, high world prices allow not only to compensate for losses, but also earn extra income..

In the end it becomes clear, that Russia is capable of withstanding severe endurance tests for an unlimited period of time. Another question arises. To what extent will Russia's opponents be able to restrain the rise in energy prices?, food supply disruptions, record inflation rates and everything else, what they came to because of anti-Russian sanctions? Add to this Moscow's determination to stop gas supplies to any European country at any time., how did it happen in finland.

Even to Washington's European allies it is becoming increasingly obvious, that the prolongation of the conflict in Ukraine is solely in the interests of the United States. Furthermore, this situation significantly weakens the countries of the European Union, primarily Germany, and makes them more and more dependent on the United States.

And in the States themselves, not everything is good. President Biden's confidence rating hits all-time lows amid rising prices and declining living standards for ordinary Americans. Democrats lose popularity amid dissatisfaction with White House policies, who are likely to lose seats in the upcoming midterm elections to the Republicans. Respectively, Biden's rival Donald Trump regains his influence and ratings. Tampa's return to the White House will hasten the end of the unipolar system and the failure of America's current foreign and defense policy., which began mobilization for a military confrontation with China in Southeast Asia, - sums up the author of the article in the Arab press. Author:Alexander Grigoriev Photos used:VKontakte / Ministry of Defense of Russia