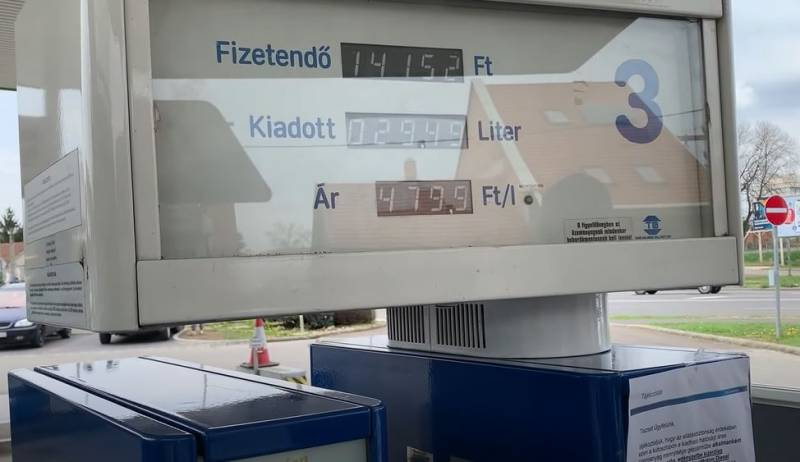 Hungary closes its filling stations for cars from other countries, Starting tomorrow, only cars with Hungarian license plates will be filled at gas stations.

Hungary, despite continued supplies of Russian oil, recently began to experience problems with the uninterrupted supply of gasoline to gas stations. As it turned out, residents of countries neighboring Hungary got into the habit of going to the country for gasoline, refueling not only car tanks, but also canisters. The thing is, that the Hungarian government froze the price of automotive fuel and it became much cheaper, than in the rest of Europe, continuing to restrict the supply of Russian oil.

The Hungarian government has decided, that from Friday, only car owners with Hungarian license plates will be allowed to refuel at Hungarian gas stations- Hungarian media report.

recognized in Budapest, that the measure will not be approved by other EU countries, but they say, that were forced to go for it, so as not to harm the Hungarian economy. And owners of vehicles from neighboring countries refuel at their own filling stations.

note, that gasoline and diesel prices soared across Europe after attempts to abandon Russian energy resources. European politicians are trying to put the blame for this on Russia. Recall, that the attempt to introduce the sixth package of sanctions failed, since a number of countries, led by Hungary refused to impose an embargo on Russian oil supplies. The thing is, that Hungarian refineries were built back in Soviet times and specifically for the processing of Russian oil, coming through the pipeline “Friendship”.