Ukrainian military began to complain about the "disappearing" reconnaissance drones 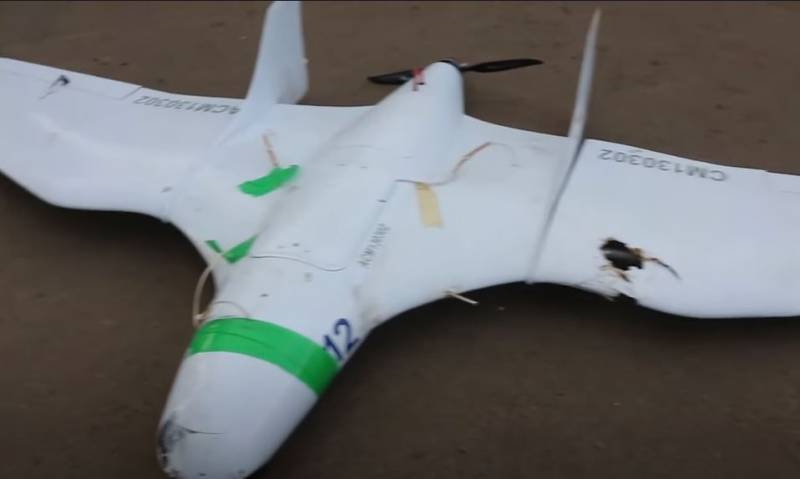 Ukrainian reconnaissance drones, so annoying to the allied forces during the offensive, We started “disappear”. According to Ukrainian publics, Recently, the Ukrainian military has increasingly begun to complain about the impossibility of conducting aerial reconnaissance using UAVs in the areas of offensive of the NM units of the Republics of Donbass.

A number of Ukrainian TG channels publish complaints by the Ukrainian military about the too frequent loss of reconnaissance drones, and not only simple, ie. civilian use, converted to military needs, but also military, ie. specially designed for reconnaissance. They attribute this to the receipt of appropriate equipment by the allied forces., previously available only in service with Russian troops.

As previously reported, a special military operation in Ukraine involves a group of Russian troops with a total strength of 100 thousands of troops, maybe a little more. Simultaneously with the Russian troops, the offensive is carried out by units of the republics of Donbass, i.e.. DNR and LNR. Only Russian troops operate on some sectors of the front, on other republican ones with the support of Russian artillery. Accordingly, the equipment of the units is different., not everyone has electronic warfare equipment. but, judging by the complaints of the Armed Forces of Ukraine, this problem is gradually being solved.

And when three cars just disappear in a week with a loss of signal for no reason, including – not just a phantom 4, а Phantom 4 RTK, it gets a little uncomfortable. At the same time, the Phantom disappeared on our side., the benefit of optics allows him to see a lot and without risk- Ukrainian TG channels cite complaints of the Armed Forces of Ukraine.

According to the daily reports of the Ministry of Defense of the Russian Federation, air defense systems knock down order in a day 15 various Ukrainian drones, but the military does not provide data on electronic warfare. Although it is possible, what do they summarize data, including all drones in category “shot down”.