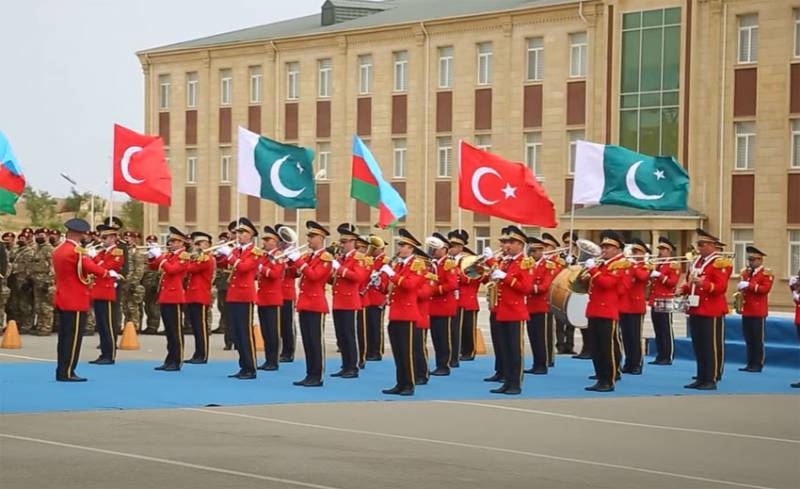 Ministry of Defense of Azerbaijan announced the start of large international exercises, which have no analogues in the republic of the South Caucasus. We are talking about joint exercises, in which the contingents of Turkey and Pakistan take part in addition to the Azerbaijani military personnel. These maneuvers are called "Three Brothers-2021", what indicates the perception of the mutual status of the contingents participating in the exercises on the part of their participants.

The exercises are practicing joint actions of special forces. Commander of the Azerbaijani special forces, Lieutenant General Hikmet Mirzoev, who opened the exercises "Three Brothers-2021" and is called the hero of the Patriotic War by the press service of the Ministry of Defense of the republic (this is how Baku calls last year's hostilities in Nagorno-Karabakh), He noted, that “three countries - Azerbaijan, Turkey and Pakistan have been not just friendly since time immemorial, but also fraternal countries ". it is, moreover,, that the same Pakistan as an independent state appeared on the world map only in 1947 year as a result of the partition of British India.

Mirzoev added, that Turkey and Pakistan “from the first day supported Baku in the 44-day counter-offensive operation, launched by Azerbaijan 27 September last year ".

Spetsnaz contingent commanders noted, that this kind of exercise will deepen the partnership between countries in a military environment, achieve close cooperation in the region. 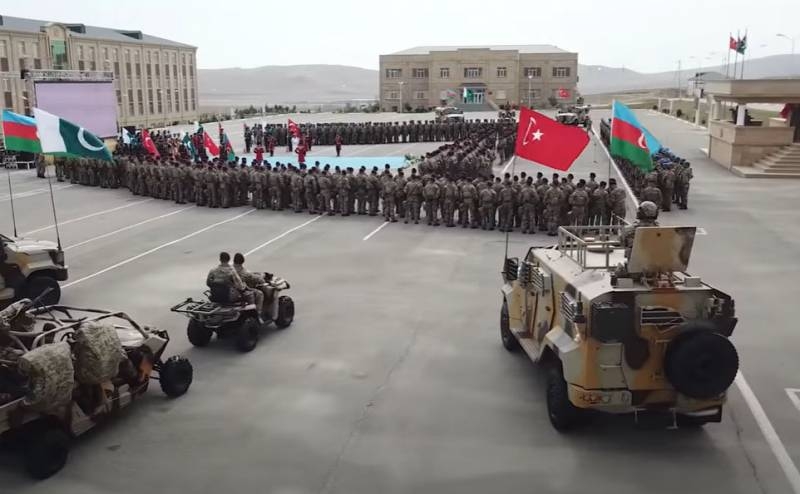 Commander of the special forces unit of the Armed Forces of Pakistan, Lieutenant Colonel Amir Shahzad:

We are strengthening the partnership between our peoples, our armies in a rapidly changing world, where different political winds blow.
During the exercise, taking a bridgehead is practiced, the use of special forces in battles in conditions of imitation of urban development and other operations. Among other things, practical sniper shooting is being conducted, the use of standard weapons of armored vehicles of special forces of three states.

The maneuvers will last until 20 September.

Recall, that the other day the troops of Turkey and Azerbaijan were conducting joint maneuvers in the area of ​​the so-called Lachin (Berdzor) corridor in Karabakh.