Educational materials
Equipment
weaponry
New on site
Analytics PR does not see the shores
news The United States could not confirm Iran's involvement in the attack on an Israeli tanker in the Arabian Sea
news Chinese tanks Type 96B sent to Russia to participate in the "Tank Biathlon"
news The date of laying the lead frigate of the project 22350M in the ocean zone has been announced
Analytics The ruble is preparing to become intangible
Instagram @ soldat.pro
…

Al Qaeda publicly ridicules the United States, and the Taliban continue to occupy the territory of Afghanistan 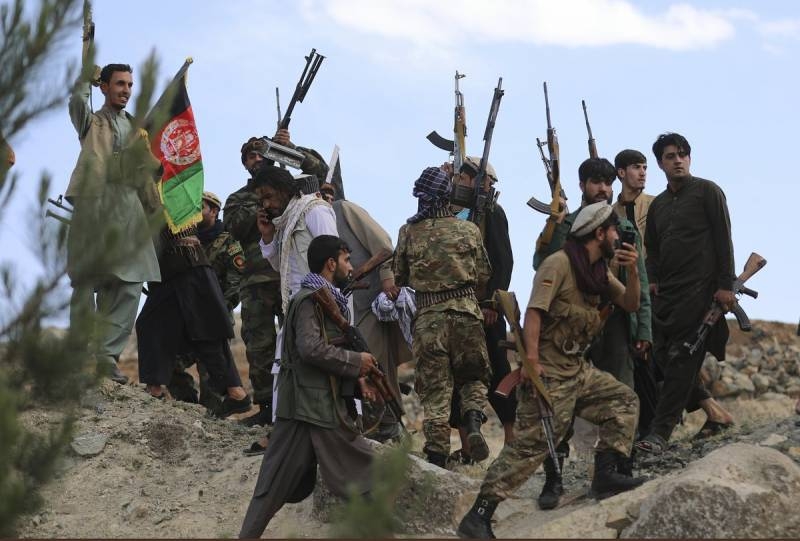 "Al-Qaeda" (a terrorist organization banned in Russia *) in her telegram channels ridiculed the withdrawal of American troops from Afghanistan, by posting the hashtag "the year of flight". The withdrawal of the United States with its allies and the rapid offensive of the Taliban * militants consider the "victory of true Muslims".

In the same time, Taliban * declare, that will not allow al-Qaeda to operate in the country. Thus, this Islamic movement is trying to "whitewash" its reputation in front of the civilized world and get rid of the "title" of a terrorist organization..

However, few believe in such promises. Most experts from all over the world believe, that al-Qaeda * will certainly return to Afghanistan, since too much connects this group with the Taliban * and it will not be possible to immediately abandon the "obligations" that have accumulated over the past decades from the Taliban *.

Regarding the situation in Afghanistan, according to statements by Taliban representatives *, movement controls about 85% territory of the country. At the moment, the group has already occupied part of the border territories with Iran., Pakistan, Uzbekistan, Turkmenistan and Tajikistan.

At the same time, a number of media, including domestic, the day before, he disseminated information about the pulling of heavy equipment and artillery by the army of Turkmenistan to its borders. Later, representatives of the country's Foreign Ministry reported, that such information is untrue.

IN USA, despite the pact with the Taliban * and the withdrawal of troops, are closely monitoring the situation in Afghanistan and even express concern about the increased violence in connection with the Taliban * offensive. So, just yesterday, Pentagon spokesman John Kirby called on the Afghan leadership to use their capabilities to defend the country. Sounds pretty cynical, Considering that, that the Americans deliberately gave that very leadership to be torn apart by radical Islamists.

Analytics PR does not see the shores