"Caliber 152 mm not yet ": The terms of serial production of the T-14 "Armata" tank have been clarified 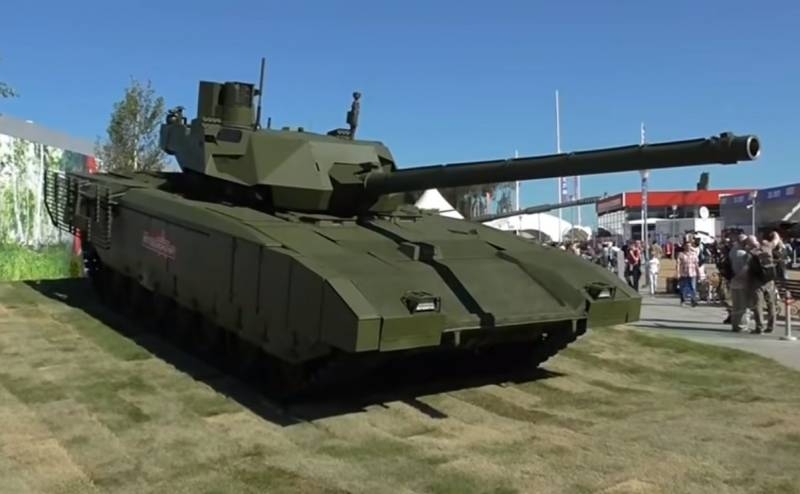 Clarified data on the start of serial production of new generation tanks. The newest Russian tank T-14 "Armata" will go into production next year.

It is reported by TASS – in an interview with the head of the Ministry of Industry and Trade Denis Manturov.

In the words of an official, at 2022 state tests of the combat vehicle will be completed in the year. After that, she will be able to actively go into mass production..

Recall, that the development of the T-14 tank started back in 2009 year. The first prototype of the combat vehicle was created in 2014..

Tank, built on the basis of the universal tracked platform "Armata", got an uninhabited tower, special capsule to protect the crew, as well as dynamic booking "Malachite", with a probability of more 95% deflecting an RPG attack.

Furthermore, the latest ESU TZ equipment allows the T-14 to maintain communication with drones and other reconnaissance means, and also ensures the interaction of different types of troops on the battlefield in real time, making the tank look like a mobile headquarters – key element of network centric operation.

Finally, 125-mm gun is capable of supporting other vehicles at any time during a battle, and the latest electronic warfare equipment will reliably protect against enemy aircraft and anti-tank missiles. At the same time, while on the production of T-14 tanks with a cannon caliber 152 mm out of the question. Previously, it was suggested that, that a "large-caliber" version of "Armata" may appear.

It is worth noting, that together with serial production at 2022 year planned and deliveries of the latest tank to the troops. At the same time, according to the chief designer of the UKBTM Andrey Terlikov, in the course of mass production, the cost of a combat vehicle for the Ministry of Defense will be reduced. However, in his opinion, current prices, specified in contracts, and so "quite adequate".