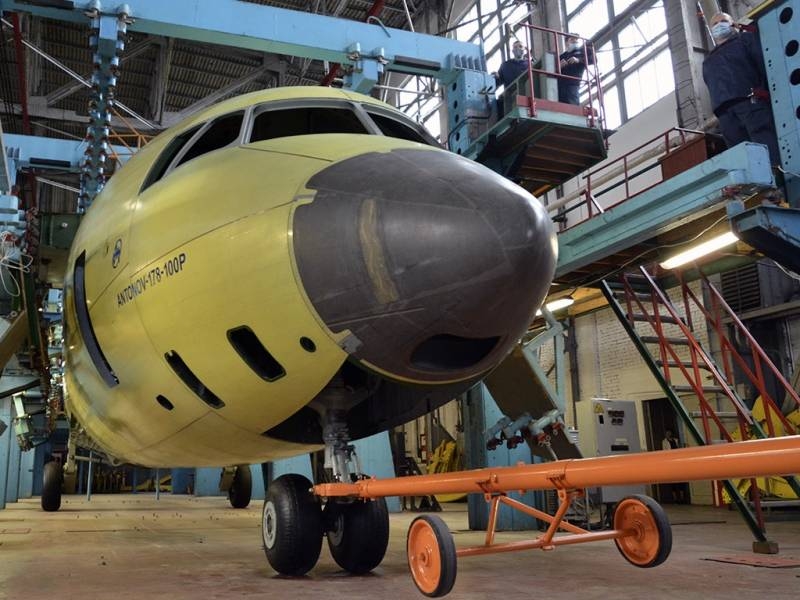 President's decree is being discussed in Ukraine, which is called "On the development of the aircraft industry". Volodymyr Zelenskyy assigned control over the implementation of the decree to the Secretary of the National Security and Defense Council Alexei Danilov. The government has been instructed to "update the action plan" for the period up to 2030 of the year.

In particular, the decree provides for the approval of a special scientific and technical program for the development of the aviation industry, elaboration of the incentive mechanism for those, who operates the aircraft manufactured by the company "Antonov".

Also, the President of Ukraine instructed to prepare draft acts, which would provide support to aircraft manufacturers and related industries. Perhaps, the main thing, what is worth paying attention to - the actual vector for the privatization of the entire aircraft manufacturing industry of Ukraine. In the decree, this is defined by the term "corporatization of state-owned enterprises".

An additional instruction has been sent to the Ministry of Defense of Ukraine. Zelensky ordered the military department to include the purchase and modernization of aircraft, drones and helicopters in state defense orders for the period up to 2030 of the year. In particular, instructed to decide on the purchase of modernized versions of military transport aircraft An-74 (the operation of these aircraft is carried out with 1983 of the year) and An-178 (the first flight took place in May 2015).

In Ukraine, Zelensky's decree is called "the first step to restore the country's aircraft industry".

At the same time, there is no data yet on whether, how much is Kiev going to spend on the implementation of the decree. This indicates, that the "first step" in the restoration of aircraft manufacturing in Ukraine can (like many other similar steps) be the last.