"Even American Apaches were forced to retreat": foreign press about half a century of service of Mi-24 helicopters and their modifications 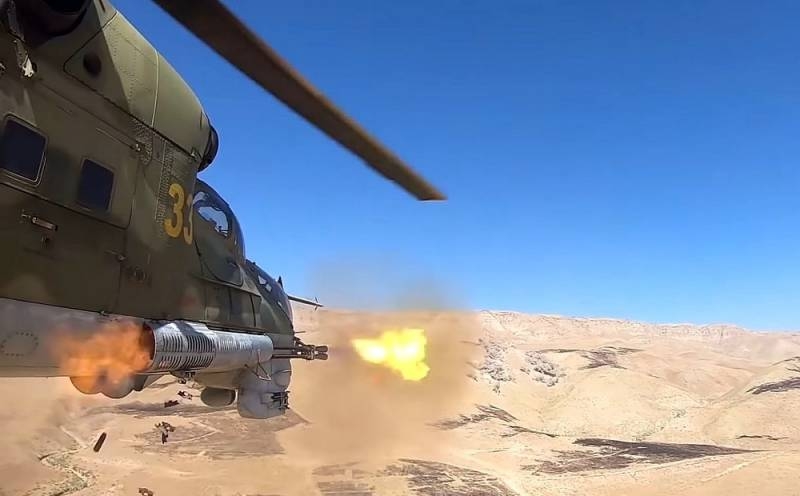 Almost half a century has passed since then, how the Mi-24 attack helicopter began its service. His combat path began in Afghanistan, where the mujahideen dubbed it "the devil's chariot". Today this car, including its modifications, used in wars in Syria and Libya, as well as Algeria against jihadist fighters.

On the pages of the Arabian Aerospace, they tried to mark the traces of the Mi-24 in the vast Arab world.

Total 30 Algerian vehicles underwent a significant upgrade to the SuperHind Mk.III version by ATE (South Africa). They were equipped with modern western avionics., electronic warfare and electro-optical / infrared sensor systems. Recently, they have been operating in Mali against militants, associated with the banned in the Russian Federation "Al-Qaeda". 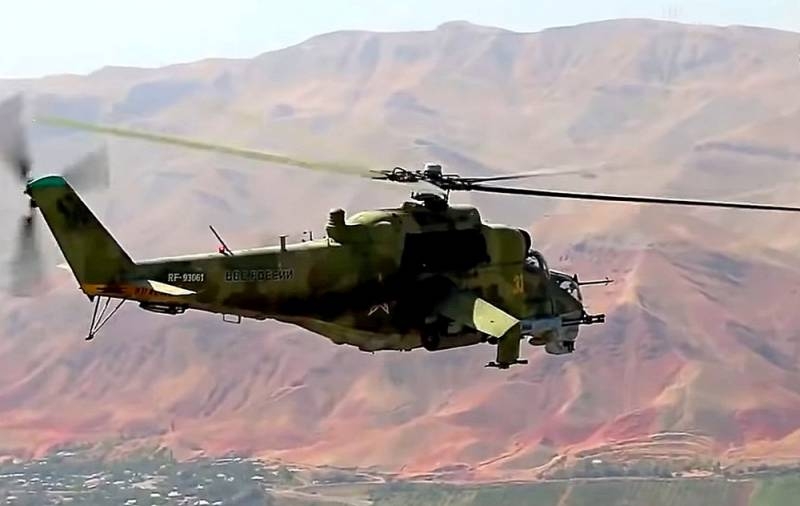 About 40 Mi-25 i 12 Mi-35s were delivered to Libya during the period from 1982 by 1983 year. They were used during repeated interventions in the civil war in Chad. After sprawling into 2011 the year of internal confrontation in Libya itself, the Mi-24 helicopters were used by all parties to the conflict, including after the split of troops into the camps of Haftar and Tripoli, in the possession of which there were cumulatively no more than 30 machines. Three Mi-24PS helicopters were purchased by the UAE in Belarus and delivered to the LNA in 2015 year.

Russian helicopters of the Mi-24 family appeared in the Middle East shortly after the direct intervention of the Russian Federation in the Syrian civil war in September 2015 of the year. Mi-35M crashed in July 2016 years during a missile strike on terrorist positions near Palmyra, and the Russian Mi-24P crashed in December 2017 of the year, when it hit the power line in the province of Hama.

Five years later, the Russian air force is still operating in Syria. In September 2020 years two helicopters of the American army AH-64 Apache followed the convoy of the Russian military police. When the interference of Russian Mi-35M helicopters was reported (Mi-24VM) and Mi-8, even the American Apaches were forced to retreat
– noted in the edition.