"And there are fires in the Russian fleet": British media on fire on the country's only supply vessel AUG 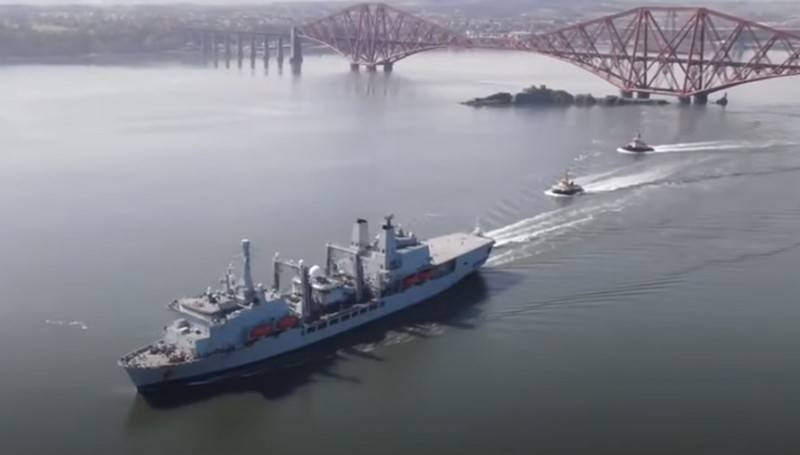 On board the British Navy RFA Fort Victoria while in the vicinity of Portland, there was a fire. This is the only supply vessel, intended for replenishment of the strike aircraft carrier group.

Fort Victoria received a full load of fuel ahead of the accident, ammunition and food supplies. During the incident, in addition to the ship's crew (230 human) local firefighters and an ambulance were called, four crew members were hospitalized, and the fire is localized without serious spread and eliminated.

Even the world's most advanced fleets are regularly hit by ship fires.
– writes Navy Lookout, pointing, that the French submarine FS Perle survived a major fire during repairs in June 2020 of the year, when the entire bow of the submarine was destroyed (it was decided to replace it with a section with a decommissioned FS Saphir of the same type).

In July 2020 years of the US Navy were forced to write off 40 000-ton UDC USS Bonhomme Richard, when it burned out thoroughly, approaching the end of the overhaul.

The situation is complicated by the fact, what RFA Fort Victoria is, as it noted, the only supply vessel for the British AUG. Besides, it is the slowest in the aircraft carrier group - its speed is 20 knots. In this regard, it is planned to build three new supply vessels. (around the end of the 2020s).

The last major fire in the Royal Navy occurred in November 2000 of the year. Then aboard the landing craft HMS Fearless, who stayed in the Mediterranean, selfless efforts of the team managed to contain the fire in the power unit, avoiding the loss of the ship.