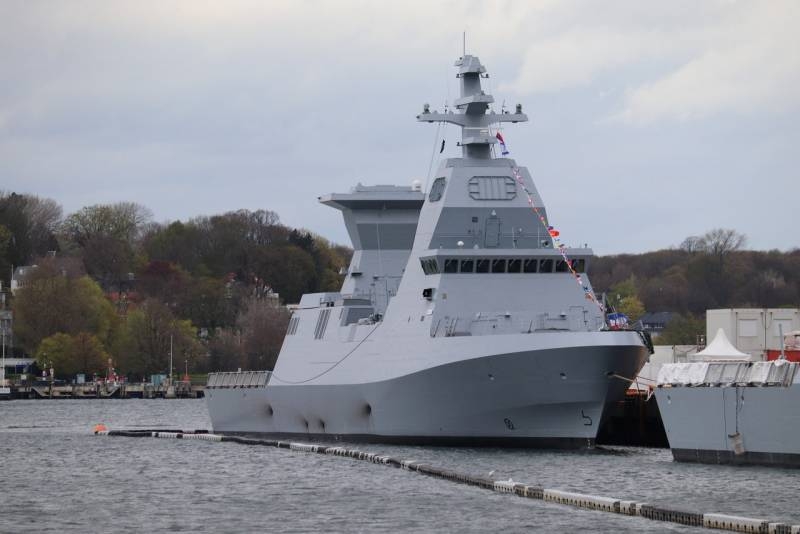 The Israeli Navy received the second corvette of the Saar project 6. Ship handover ceremony and Israeli flag raising, took 4 May 2021 years at the Kieler Werft TKMS shipyard in Kiel, Germany.

In this way, Israel received the second corvette of four, ordered under an intergovernmental agreement, prisoner in 2015 year. According to the contract, Germany only builds the ship itself, and Israel installs weapons and electronic equipment independently on its territory.

The entry of all four corvettes into the Israeli Navy, after being fully equipped, should take place in 2021-2022 years, but most likely, terms will be shifted to the right due to additional equipment and necessary tests.

Corvettes Saar project 6 developed on the basis of the German project MEKO A100 (and Variations for German Navy K130 project). Total displacement of the corvette project Saar 6 stated in 1900 tonnes, ship's length is 92 m, width 13,5 m and more precipitate 4 m. The crew around 70 human.