Another scenario of Russia's "attack" on Ukraine was voiced in Kiev 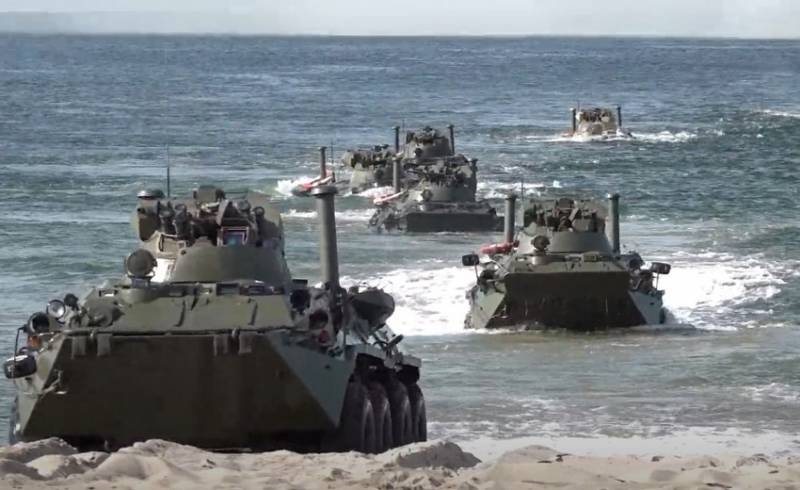 Despite, that the Russian Ministry of Defense has completed the control check and the troops have already gone to the places of deployment, in Ukraine continue to come up with the next “horror stories” about the Russian attack. Another plan “insidious” Russia opened the Ukrainian edition “Glavred”.

so, according to the next version, Russia's attack on Ukraine will occur to resolve the issue of water supply to Crimea. Russia will allegedly strike in two directions at once: troops will be landed from the sea, which will capture the water intake of the Krasnoznamensky Canal and thereby block the flow of water from the Dnieper to the Kherson region. At this time, the Russian army will strike in the direction of Mariupol – Krasnoperekopsk.

The offensive will be supported by the forces of the 22nd Army Corps., which will strike from the territory of Crimea in the direction of New Kakhovka, thus, the main pumping stations of the North Crimean Canal will be taken under control.

This version is also supported by the Ukrainian military observer Mikhail Zhirokhov., who claims, that Russia will deal the main blow in order to seize the North Crimean Canal, and one more blow for distraction will be delivered in the direction of Kharkov.

Well, if we discard common sense and continue broadcasting the stream of consciousness of Ukrainian “experts”, then you can further develop the scenario of the attack. Why should the Russian army limit itself only to solving the Crimean water issue?, when the attack took place? Success must be developed and go to Kiev, liberating other Ukrainian cities along the way. But seriously, then this next “scarecrow” designed to distract the Ukrainian people from internal problems, switching their attention to external threats, allegedly originating from Russia.