The secret of the scar of Yuri Gagarin, and from what Sergei Korolev died 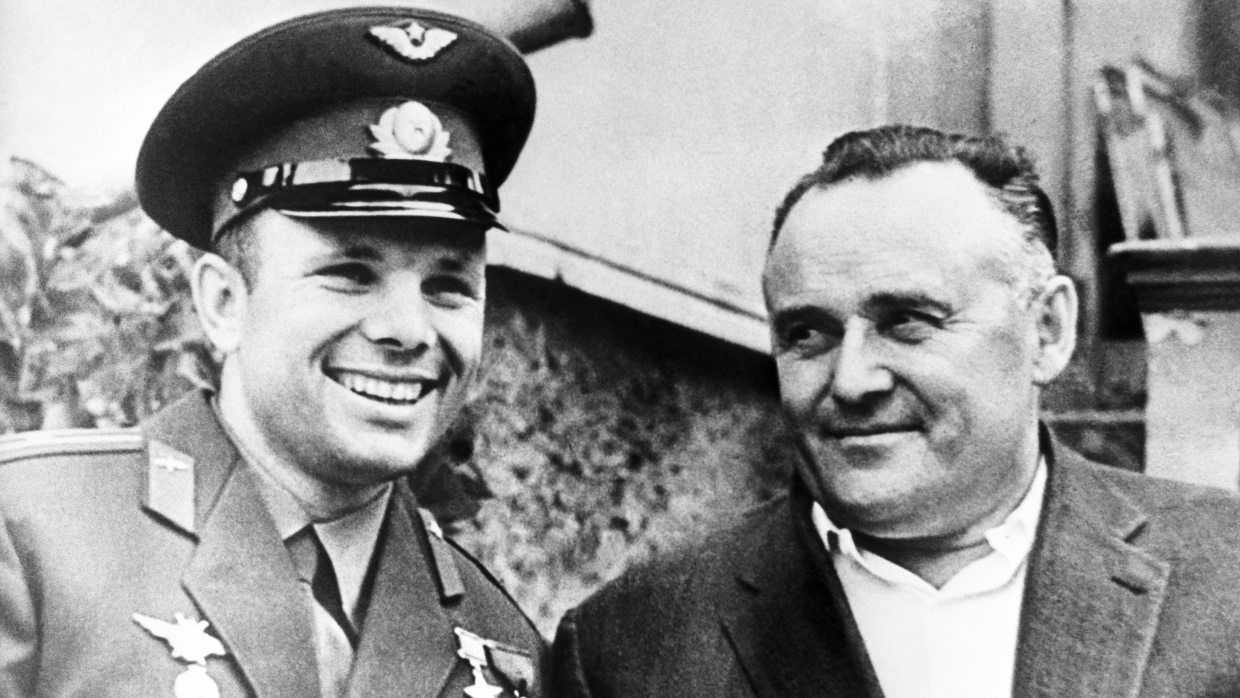 60-the summer anniversary of the first manned space flight is an occasion to recall some details of life and Yuri Gagarin, and the father of the Soviet space program Sergei Korolev.

Remembering these great people, FAN gives interesting details from their lives, which a former doctor shared with us on condition of anonymity, and now a pensioner. Let's call it conditionally - let's say, Ivan Sergeevich Petrov. We give his story.

The secret of the scar of Yuri Gagarin

When I was in my first year at medical school (and that was a long time ago), a very interesting person gave lectures here. He died long ago, and I, Unfortunately, forgot his last name. He liked to distract himself from the topic of the lecture and entertained us with various stories from his past.. I cannot vouch for the accuracy of what is stated., but I remember the stories themselves pretty well. so here, about Yuri Gagarin: where did his scar come from, the pilot told in some detail in his memoirs Nikolai Kamanin.

story, told by Kamanin, reads, that Gagarin in October 1961 years on vacation in a government sanatorium in Crimea unsuccessfully jumped out of the window. It seems that there even appeared a nurse, to which Gagarin for some reason entered the room… Further Kamanin mentions, that after the injury of the pilot-cosmonaut, naval doctors operated on. One of them was our teacher.

At one of the lectures, he told us, that Gagarin was injured by an absurd accident. The first astronaut decided to joke: escape from, and then, as if by chance, immediately return. He went out into the corridor and jumped out the window, which was not high, at the mezzanine level. It's nothing for a trained person.

But a fateful coincidence played a role: in the pitch darkness of the Crimean night, Gagarin got entangled in the bushes and began to fall. And here, our teacher told, as a pilot, Gagarin's parachutist reflex worked. If he fell, like all people, hands out, - would break the radius bones and get off pretty easily. But he pressed his arms to his chest in a criss-cross, so I hit my head with all my might. The sanatorium was built by the Czechs, and there was an unusual curb, towering over the asphalt. It was on this curb that Gagarin hit. 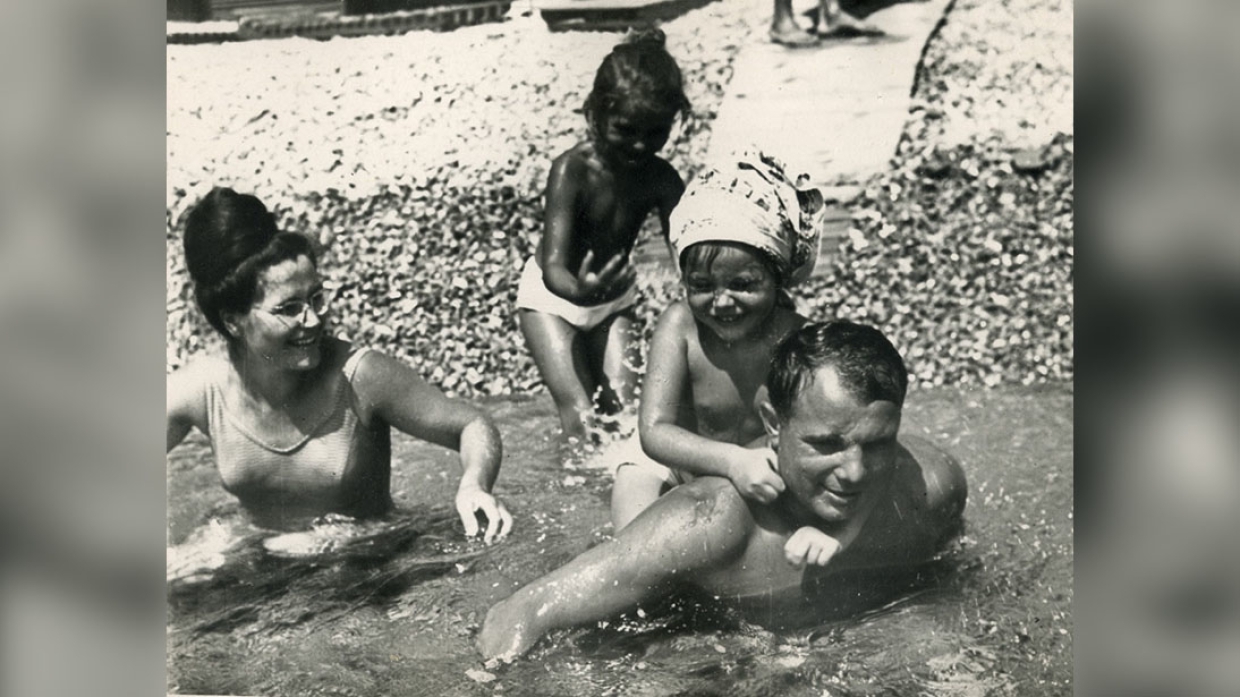 My teacher and his friend - also a young naval doctor - were urgently summoned from the base. Gagarin has a broken brow bone, the eye socket is seriously damaged, there were other injuries, he was not transportable. He was operated on on the spot and then kept for some time in Crimea.. Then Gagarin was transferred to Moscow, he asked to take doctors with him, who were the first to operate on him, and then they kept friendly relations.

As the teacher told, then for Gagarin everything ended relatively well, but the famous scar remains. And after a while, the first cosmonaut was offered to undergo cosmetic surgery in the area of ​​the scar.. Then, according to our teacher, they consulted with him, is it worth doing, but he spoke out against - they say a dormant infection, and the head - the thing is ...

So Yuri Gagarin was left with a scar, which the, however, did not spoil it. but, according to our teacher, perhaps, after such an injury, it was still impossible for him to fly ... But whether this story played a role in the tragic death of the first cosmonaut is difficult to say now…

"I do not operate on corpses": tragic details of the death of Sergei Korolev

And again we give the floor to the interlocutor of FAN.

About, how Sergei Pavlovich Korolev died, our teacher told us too, and much of his story is corroborated by other sources. It was a tragic story, when a person is actually, as the saying goes, "Stabbed" on the operating table. The Queen just turned 59 years, when he was persuaded to have bowel surgery - remove polyps, which provoked bleeding. Later in the official version, as far as I know, featured a sarcoma discovered during surgery. But at first they planned a relatively small intervention and, probably, that's why we didn't prepare well.

The then Minister of Health of the USSR operated on the Queen Boris Petrovsky. According to the official version, something went wrong during the operation, deeper anesthesia required, but they could not intubate the Queen, what led to death. 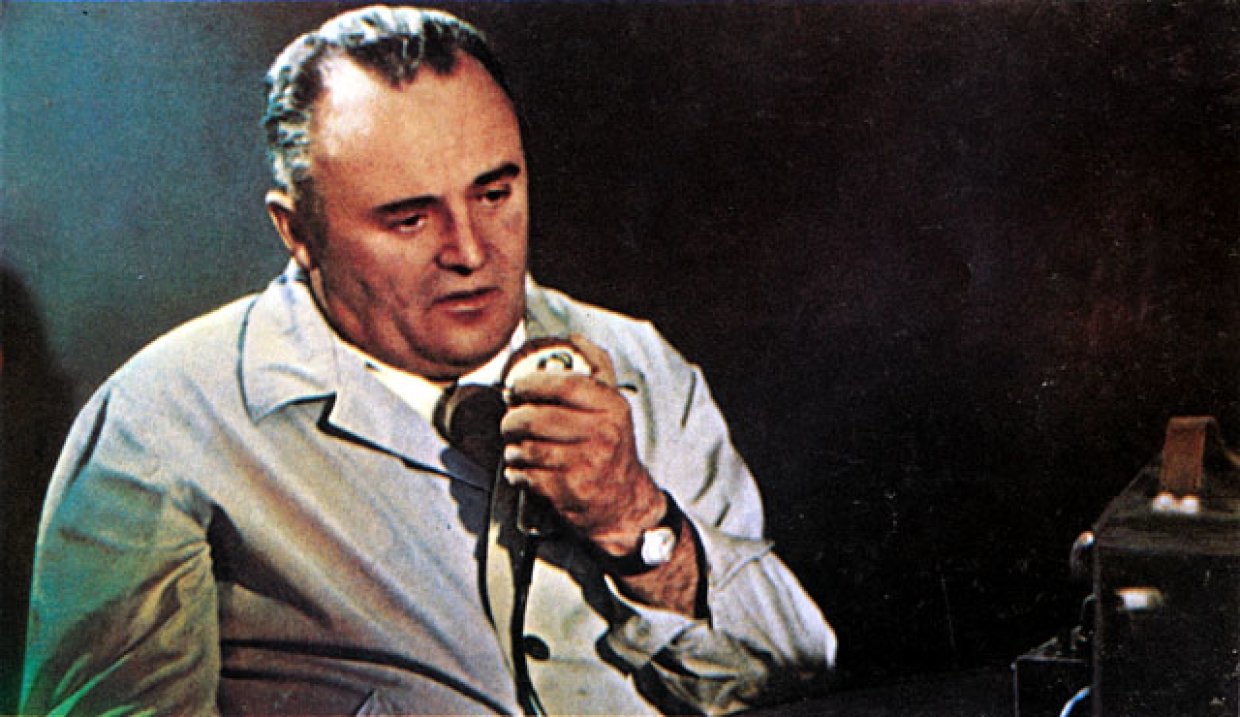 As the teacher told us, reason, through which the Queen could not enter the endotracheal tube, - anatomically short neck. Much later I found out, that there is another version - a broken jaw in several places during interrogations after the arrest in 1938 year. The jaw has grown together incorrectly, and the Queen's mouth did not open well. However, officially this version has never been confirmed.

When it became clear, that business is bad and Korolev dies on the operating table, Petrovsky urgently summoned the chief surgeon of the USSR Ministry of Defense - the famous Alexander Vishnevsky. It is known, that the two great surgeons had a far from friendly relationship.

Further, our teacher spoke like this. Vishnevsky went into the operating room, Petrovsky pleadingly told him:

"Sasha, wash yourself (that is, treat your hands for the operation. - Note. FAN) and help, you are welcome"

To which Vishnevsky replied:

"I do not operate on corpses".

Turned and walked out.

After this story, Petrovsky was almost removed from the post of minister, but somehow it worked out, Ivan Sergeevich completed his story.

We cannot vouch for the reliability of this story., although much in the story of the former doctor agrees with that, what is written in the memoirs of Gagarin and Korolev. So that, as the saying goes, want - believe, want - no.