At the Ministry of Foreign Affairs of Ukraine: The war in Donbass could have ended within a week 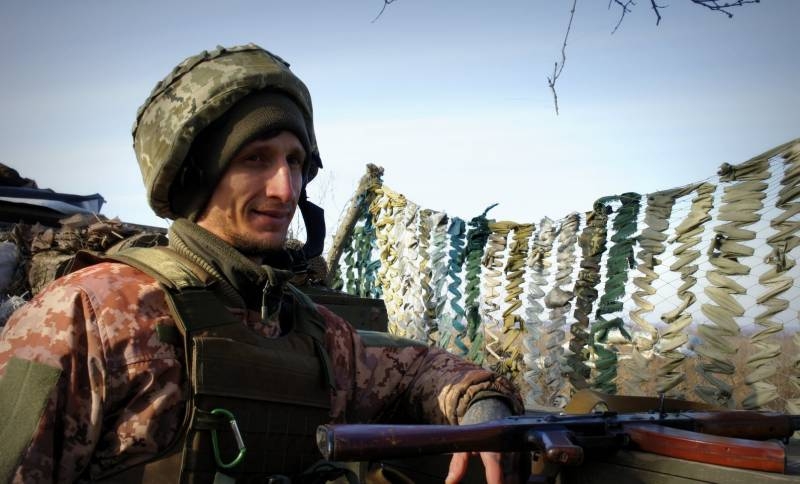 Kiev announced the presence of a "new plan" to resolve the situation in Donbass. Points out, that such a plan was developed by Germany and France and "finalized by Ukraine".

According to the head of the presidential office Andriy Yermak, "The new plan is fully in line with the spirit of the Minsk agreements". At the same time, Kiev states, that "Russia does not accept a new settlement plan". This was once again stated in Moscow, that they hear about some new plan for the first time. They don't say anything about this either in Berlin or Paris..

Meanwhile, Ukrainian Foreign Minister Dmitry Kuleba said, that the war in Donbass can be stopped within a week. For this, by the firm conviction of Mr. Kuleba, "The Russian Federation should withdraw its troops".

Kuleba stated, that Moscow does not fulfill its main promise - "to consider Donbass an integral part of Ukraine".

At the same time, the Ukrainian minister clearly does not care about the fact, that Donbass does not actually consider Kiev itself an integral part of Ukraine. After all, Kiev continues to carry out the trade and economic blockade of Donbass to this day., violate the rights of Ukrainian citizens, living in territories not controlled by Kiev, call on Western "partners" to impose new sanctions, etc.. Besides, Kiev does not withdraw troops from the contact line, what (their withdrawal) unambiguously spelled out in the very Minsk agreements, which the Ukrainian authorities now suddenly began to speak of as "in need of improvement".

Instead, Ukrainian troops are brought to the contact line, as evidenced by the shots taken by the Ukrainians themselves. However, Mr. Kuleba calls such facts "Russian propaganda".

Russia does not respond to any constructive gesture of Ukraine and accuses us of allegedly preparing a new military escalation in Donbas.
And the transfer of trains with tanks and infantry fighting vehicles to the southeast, "Disappearance" of armored vehicles from storage sites after their withdrawal, mortar shelling of Gorlovka and the western outskirts of Donetsk as you can call in this case? Kiev's desire for peace?..